A major artistic triumph in Salzburg

West Side Story was performed in the vast Felsenreitschule, originally built in 1693 as a riding school. It has been converted into one of the main venues for the festival. 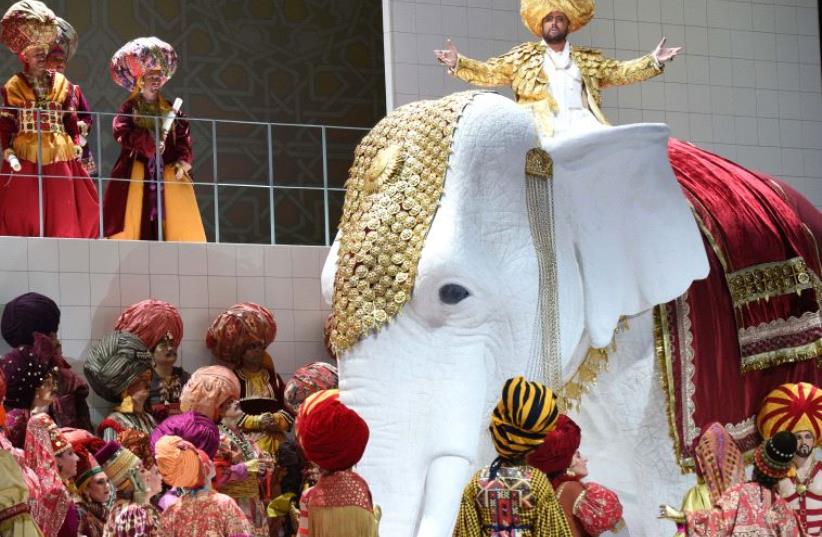 Die Liebe Der Danae, Tomasz Konieczny (Jupiter), Ensemble 1601
(photo credit: SALZBURGER FESTSPIELE / FORSTER)
Advertisement
VIENNA – Since its inception in 1920, the annual Salzburg Festival has always been the gold standard of music festivals. Nothing can compare to this event which features opera, concerts, chamber music, vocal and solo recitals, theater, master-classes and many other events.At this summer’s edition, almost 260,000 music lovers from 81 countries attended. A total of 192 performances over 41 days were held in 14 performance venues.Perhaps the most challenging operatic production this year was Leonard Bernstein’s masterpiece West Side Story and its six sold out performances were the hottest ticket to the festival.Arthur Laurents set his libretto in New York’s Upper West Side in the 1950’s with a theme of racial conflict between two teenage street gangs, the Sharks (recently arrived Puerto Rican immigrants) and the Jets (a white gang who view themselves as authentic Americans).