Plans for the Golan: finally matching declarations with deeds

Yitzhak Rabin said that 'whoever thinks about leaving the Golan Heights will abandon Israel's security.'

The view from Mount Bental, overlooking the border with Syria in the Golan Heights, August 22, 2020
(photo credit: YONATAN SINDEL/FLASH90)
Advertisement

Thus spake prime ministerial candidate Yitzhak Rabin a day before the 1992 election where he defeated Yitzhak Shamir and became prime minister. Two years later he made clear that he was willing to uproot some of the settlements on the Golan and withdraw from part of the plateau as part of a peace deal with then-Syrian president Hafez Assad.

Rabin’s pre-election quote then became part of Israel’s soundtrack in 1994. His baritone voice uttering these words was heard everywhere – at rallies, on the radio, in the media – and was part of a well-oiled campaign against conceding any part of the Golan, organized by the Golan Residents Committee. Their ubiquitous slogan was among the most memorable Israel has ever known: Ha’am im Ha’Golan – “The people are with the Golan.” Rabin had promised to hold a referendum on the issue before withdrawing.

The people might have been with the Golan then, and still might be today, at a time when no one is really talking about Israeli concessions there in light of the utter chaos in Syria. But that support has never translated into concrete steps on the ground by the government to get a critical mass of people to move there.

Fifty-four years after Israel took over the strategic heights in a pre-emptive attack against the Syrians in the Six Day War, there are only 27,000 Jews there, along with about as many Druze (24,000) and Alawites (2,000). This even though in 1981, just 14 years after the Six Day War when the Golan was taken, Israel passed the Golan Law in the Knesset that extended Israeli law there (a move it has never taken regarding Judea and Samaria, though one it did take vis-a-vis Jerusalem). 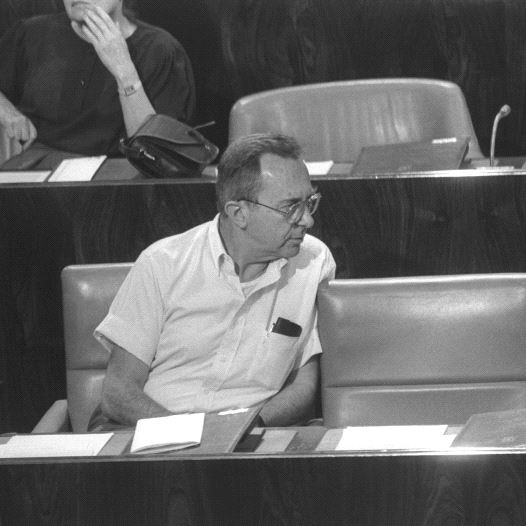 Israel extended its sovereignty over the Golan in 1981 due to its realization of the strategic importance of the plateau – and this was three decades before the Syrian Civil War decimated the country and brought the Iranians in.

Prime minister after prime minister pledged allegiance to its importance  and promised to develop it, but often fell short in implementing those promises. There has long been a considerable gap between how the Golan Heights was perceived as a vital strategic asset, how politicians talked about it and how much the nation said it was “behind” holding on to the Golan, and steps taken to encourage Israelis to actually go up and live there.

IN THIS, the Golan is similar to the Jordan Valley, an area which politicians of all stripes have said is Israel’s “security belt,” and is necessary for the country to control because of its strategic importance as a buffer with Jordan. Yet, more than half a century since that area also came under Israeli control, there are only some 10,000 Jews there. Granted, the region is not the most hospitable place to live – with oven-like heat in the summer – but only 10,000 Israelis living there does not send a strong signal that the Jewish state intends to hold on to it forever.

Israel knows how to encourage people to live in areas it believes are invaluable, like in Jerusalem, for example.

In the same period that 27,000 Jews went to live on the Golan, and 10,000 in the Jordan Valley, some 325,000 went to live in the neighborhoods in Jerusalem built beyond the Green Line that went up since 1967. Israel said it wants to hold on to Jerusalem, and building those neighborhoods was a way of consolidating that control. Nothing even close to that magnitude was done in the Golan, or the Jordan Valley.

Demographics matter. Former prime minister Ariel Sharon was able to withdraw from Gush Katif because there were only some 10,000 Jews living there. Had there been 50,000, it would have been a different story. The same is true of the Golan Heights, and the Jordan Valley.

This makes significant the government’s cabinet meeting on the heights on Sunday and its decision to invest a billion shekel for the development of the region over the next five years. Finally, the government – which always talks about the strategic significance of the heights – is putting its money where its mouth is.

And it is a long time in coming.

Sunday’s cabinet meeting was not the first one ever held on the strategic plateau. In 2016, then prime minister Benjamin Netanyahu convened the first-ever cabinet meeting there in Ma’ale Gamla, and declared that Israel would never pull back from the heights.

Among the cabinet ministers who took part in that meeting was Naftali Bennett, who at the time was education minister. About a year earlier the future prime minister called on the government to settle 100,000 Jews on the Golan within five years.

UNLIKE SUNDAY'S meeting, that first cabinet meeting on the Golan was more about declarations than practical steps to populate the region.

“It is time that the international community recognizes reality,” Netanyahu said at the time. “The Golan will always remain in Israel’s hands.” His comments, and the convening of the cabinet meeting there, came against the backdrop of talks that had just resumed in Geneva over Syria’s future.

Sunday’s cabinet meeting did not come against the background of any international moves regarding the Golan Heights, and it was nearly three years after US President Donald Trump recognized Israeli sovereignty over the area in January 2019. Bennett made a point to note that the “Biden administration has made it clear that there has been no change in this policy,” something he termed “important.”

Rather, Sunday’s meeting appeared to be an attempt to align the government’s declarations about the Golan with deeds.

According to the Coalition for the Israeli Golan, the demographic growth in the Golan has essentially remained stagnant, and since the enactment of the Golan Heights Law in 1981, only four additional communities have been established there.

The new plan put forward Sunday will construct another two, and aims to double the Jewish population on the plateau in five years, eventually reaching the 100,000 number Bennett talked about six years ago. To do that, new roads will have to be developed, better health services provided, and new job opportunities created. The plan calls for all of that and more – the question now is whether it will be implemented.

“In a region under dispute, in which Israel has a strategic interest in strengthening its presence, Israeli governments succeeded in settling – over a period of about half a century – only about 22,000 people. This statistic attests to meager capability in carrying out national strategic objectives and to a persistent historic failure,” reads a post on the Coalition for the Israeli Golan website that appears as if it has not been updated since 2018.