There are still many who mistakenly believe that they can separate critical social justice activism from its antisemitic component. But this is impossible.

The far-left ideology of critical social justice that has permeated United States (US) academia is working its way into the US K-12 education and has infiltrated popular media outlets. That antisemitism, in the thinly-veiled form of anti-Zionism, goes hand-in-hand with this dogma is clear. However, the role of the late Columbia University professor Edward Said in making antisemitism an integral component of social justice is often overlooked and as a result, there are still many who mistakenly believe that they can separate critical social justice activism from its antisemitic component.

Examples of antisemitism in movements termed social justice abound. My organization, CAMERA, has documented the links between the leadership of the Black Lives Matter (BLM) movement and the Boycott, Divestment, Sanctions (BDS) movement.

A recent study of college and university Diversity, Equity and Inclusion department staffers by the Heritage Foundation found many such individuals engaging in extreme hyperbolic and obsessive criticism of Israel on social media to a point which the Foundation concluded was antisemitic.

As well, researchers searched 741 Twitter accounts that they identified from Diversity, Equity, & Inclusion (DEI) movement staff at 65 universities. Of tweets about Israel and the Palestinians, they found that 96% were critical of Israel, including false allegations of apartheid and colonialism.

My alma mater, Oberlin College, is a vanguard of the far-left that long ago embraced identity politics and critical social justice. There, antisemitic anti-Zionism has manifested as an exhibit displayed just before Passover that portrayed the ten plagues as Israeli actions against Palestinians, professors teaching material in classes that would be considered antisemitic under the widely-adopted International Holocaust Remembrance Alliance definition, and lauding antisemitic speakers like Eli Valley. 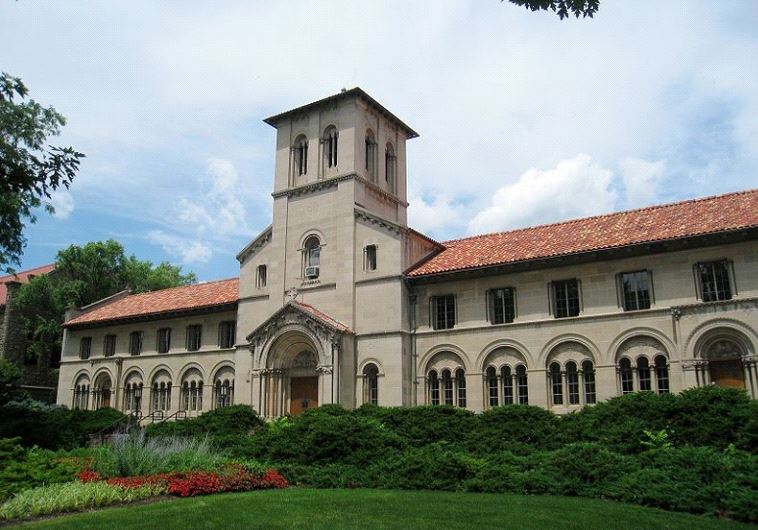 Edward Said’s writing has played a major role in bringing antisemitic anti-Zionism into critical social justice. In their book Cynical Theories: How Activist Scholarship Made Everything About Race, Gender, and Identity – and Why This Harms Everybody, Helen Pluckrose and James Lindsay demonstrate that critical race theory and the post-colonialism popularized in academia by Said have the same ideological ancestor in postmodern theory.

Moral relativism, an emphasis on identity and language, and distrust of empiricism were common to them. These once-arcane theories took root and gained broad support both in and out of academia over a period of several decades, even as they became more intertwined.

“By the mid-2000s,” Pluckrose and Lindsay write, “if you studied one of the key topics [of critical social justice] – sex, gender identity, race, sexuality, immigration status, indigeneity, colonial status, disability, religion and weight – you were expected to factor in all the others.”

In other words, these ideologies are married to one another, for better or worse. Pluckrose and Lindsay further explain, “Disagreement is rarely tolerated.”

SAID’S TIES to postmodernist theory are apparent in Orientalism and The Question of Palestine. For example, in his introduction to The Question of Palestine, Said writes that he intends to avoid “accounts of political reality that... dismiss as ahistorical anything that cannot be made to fit... a particular methodology whose goals are rational, empirical, and pragmatic.” He does not, he tells us, “pretend to write as a detached observer”; the book, he claims, is a “series of experienced realities.”

In other words, Said was telling a story, not recounting history. No surprise, he was a literature professor, not a historian. Without postmodernism’s distrust of established academic frameworks, it is hard to imagine that his story-telling could have gained such traction.

Said’s antisemitism, in turn, is well-known. It was manifest in his influential book Orientalism, in which he compares remarks made by Chaim Weizmann to the antisemitic forgery the Protocols of the Elders of Zion. Said was an early promoter of the idea of destroying the world’s only Jewish state in favor of a binational one, even though he admitted in a 2000 interview that the fate of the Jews in such a state would be uncertain. As Ruth Wisse has explained, “Edward Said introduced anti-Zionism into higher education.”

CAMERA has noted Said’s dramatic falsehoods about his own life, which are consistent with postmodern social justice’s emphasis on narrative over objective truth. As Pluckrose and Lindsay write, “postmodern theory seeks, not to be factually true, but to be strategically useful.” Said’s false claim that he spent his childhood in Mandatory Palestine and fled in 1947 was certainly more strategically useful to his goal of demonizing the Jewish state than the truth that although Said was born in Jerusalem in 1935, he grew up in Cairo.

As well, the writer and academic Joshua Muravchik has pointed out that Orientalism contains “bloopers that suggested Said’s grasp of Middle Eastern history was shaky”; he notes Said’s “lack of scruple in the use of sources.”

Again for Said, only narrative mattered. His other deceptions about Israel followed a similar pattern. Yet, despite his dishonesty, according to Muravchik’s 2005 research, “Said’s books were assigned as reading in eight hundred and sixty-eight courses in American colleges and universities (counting only courses whose syllabuses were available online).” Today that number is probably higher.

Said’s influence on critical social justice scholarship and, in turn, activism, is undeniable, and his antisemitic anti-Zionism is welded to it. Without recognizing this, the Jewish community’s attempts to fight antisemitism will continue to flounder.

The writer is assistant director of the Media Response Team at CAMERA, a non-profit media-monitoring organization, dedicated to combating anti-Israel bias both in the press and on college and university campuses.