Birthright is great at making people more pro-Israel but is a little rusty when educating young Jews on how to properly defend Israel.

This lookout point on Gaza is used by Birthright tour guides when they give a talk to participants in the program
(photo credit: ROY LICHTSCHEIN)
Advertisement

Birthright is great at making people more pro-Israel. Birthright is not, however, great at helping people return to college campuses with a stronger ability to respond to anti-Israel sentiment. There are two argumentation tactics I learned from years in debate that Birthright is not successfully engaging in: clash and weighing.

Clash refers to responding head-on to another side’s points in an argument. Weighing entails arguing why your side has a greater positive impact than the other side, no matter which side has more individual points that may stand.

Clash and weigh: That’s how to teach young Diaspora Jews about Israel; not by hammering in a pro-Israel argument that seeks to sidestep criticism. In not addressing criticism about Israel, you hurt your argument because you seem less sure that your points will stand up to opposing views. When Jews only learn the merits of Israel, we don’t actually learn how to confront anti-Israel rhetoric, we only know how to espouse pro-Israel sentiment. The former skill is much more powerful than the latter in affecting change in places like college campuses where anti-Israel discourse abounds.

In my four years of high school debate, I learned how to speak more convincingly, and I just as importantly learned how to more closely listen for flaws and strengths in other people’s ideas. Programing about Israel for young Jews needs to take a lesson from debate. Clash and weighing, two key skills in debate, don’t happen enough in Birthright tours or the conversations that we’re having with group leaders during other sponsored trips to Israel. The lessons with which we’re presented by Israel educators are quite one-sided, often to the detriment of that one side. If you want to convince critical thinkers of your point, you need to directly address criticism from the other side and admit any shortcomings in your argument.

Young Jews frequently see infographics and information about how terribly Israel is treating Palestinians. If you want Jews to be able to cogently address that criticism back home, you need to talk about those anti-Israel arguments. We can’t just hear that Israel is great and that we need a homeland for the Jewish people. We also need to hear how you would directly respond to someone talking about the checkpoints for Palestinians at borders in the country or what to make of photos online that appear to show Israeli soldiers harming young Palestinian kids. 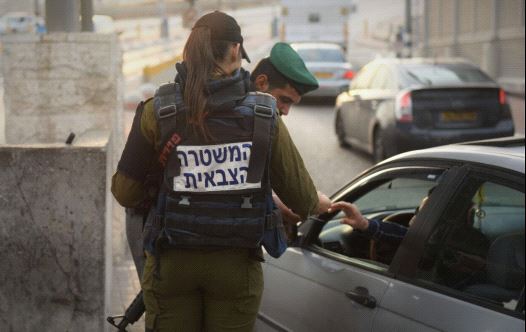 Soldiers of the IDF's Taoz Battalion at checkpoints between Israel and the West Bank (credit: IDF SPOKESPERSON'S UNIT)

I shouldn’t come away from a lecture held at a lookout point to Gaza thinking that I was withheld legitimate Palestinian arguments out of fear they might weaken the pro-Israel argument. I should come away from that lecture having heard pro-Palestinian claims about Israel’s purportedly nefarious treatment of Palestinians and be able to understand the Israel counterargument. In most fact-based and holistic discussions, not every point should be won by a certain side.

Use both sides to educate

Educators should tell us where Israel is falling short so they seem like more credible proponents of Israel. The argument these educators should be striving for Jews to bring back to their college campuses is not that Israel is perfect, but that Israel is great despite its problems, and that it is not unique from other countries which have their own issues.

UN Watch is doing great work on this front. If you look up “Agenda Item 7” from the UN Watch, a nongovernmental watchdog organization, you’ll find a 58-page document that goes through criticisms against Israel, addresses those criticisms head on and provides historical context for Israel’s current policies. Birthright could spend several hours just going through that document with its participants and people would leave that conversation significantly more informed about how to defend Israel than they do now.

Notably, UN Watch doesn’t try to make a strawman argument of the other side – they acknowledge where the other side holds valid points. For instance, in addressing the claim that Israel commits Apartheid against the Palestinians, UN Watch starts off their counter-argument by writing that “Discrimination against Arab and other minority groups in Israel exists. But the notion that this is akin to apartheid South Africa... has no basis.” By recognizing the validity of the other side, they become more credible in their defense of Israel.

Or take the UN Watch’s response to the claim that “Israel restricts the movement of Palestinians.” In their explanation of why Israel has checkpoints for Palestinians entering the country, they write that “While the measures do inconvenience many innocent Palestinians passing through, they save lives. Israel’s Shin Bet security agency said it thwarted at least 560 terror attacks in 2019.” That statement is a textbook example of successful weighing.

Clash and outweigh. Only then will Jews returning to college campuses and other spaces with strong anti-Israel sentiment deftly make compelling arguments to turn the tide of such hateful rhetoric.

The writer, currently a summer intern at The Jerusalem Post, is a rising junior at Washington University in St. Louis and editor-in-chief of Student Life.