Building friendship between Kurdistan and Israel 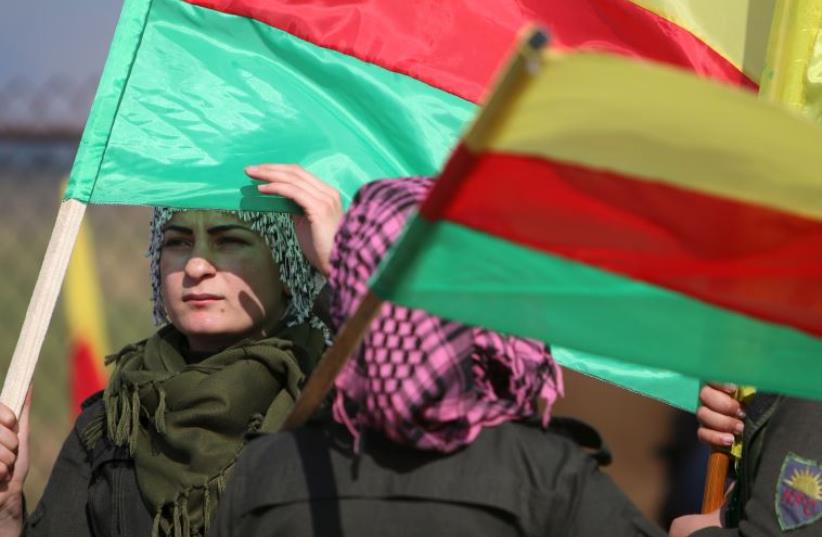 Kurds protesting near Syrian-Turkish border
(photo credit: REUTERS)
Advertisement
The Kurds historically have been deeply sympathetic to the Jewish people and the State of Israel. The friendship dates back centuries, as Kurdistan was home to thousands of Kurdish Jews who were forced to migrate to Israel by the central government in Baghdad in the 1950s. Right now, many countries in the Middle East are united against Israel, But with an independent Kurdish state Israel might have a genuine friend in the region for the first time. Second, Kurdistan could serve as a buffer zone between Turkey, Iran, Syria and Iraq.I believe, like most of my Kurdish fellows, that the general mood in Kurdistan has changed in a fundamental way: we will no longer accept Baghdad’s rule. Once more, Iraq has proven to be a failed state – the events unfolding confirm that we do not have a joint future with Baghdad. The Kurdish exit from Baghdad is the best option for the Kurds and for the region as well.History bears witness to the fact that the Kurds have tried time and again to resolve issues with Baghdad, but all attempts have failed. The legendary Kurdish leader Mustafa Barzani repeatedly negotiated with Baghdad, but the latter broke all promises and agreements. I witnessed this failed negotiation with Baghdad, as I joined the Kurdish uprising under the leadership of Barzani in 1971 to 1975.Like my most Kurds, I have no trust in Baghdad. It is better for our nation to break away from Baghdad rather than being tangled in its historic and religious problems between the Shi’ites and Sunnis, which can never be resolved peacefully.When the move to independence does finally come, I am confident that Turkey, Iran, Syria and Iraq will be hostile to the development.Still, the American reaction is what counts. It is unlikely that the above-mentioned countries will be able to prevent Kurdish independence if Washington backs it.The ties between Israel and Kurdistan run deep. We the Kurds tend to see Israel as a role model for an independent Kurdistan; a small nation surrounded by enemies and bolstered by a strategic partnership with the United States.If we look at Israel, it has long developed alliances with non-Arab countries on the periphery of the Middle East. Today, that policy rests on partnerships with Cyprus, Greece, Bulgaria and Caucasian and central Asian countries. Kurdistan fits perfectly into that framework.It is my dream to see an independent Kurdistan with strong diplomatic relations with Israel. We are the only nation in the region with no hatred toward Israel or America.The Kurds are different from Arabs in numerous ways. Generally, Islamists are more powerful in the Arab world; they think that Islamic Sharia is the solution. On the other hand, most Kurds are open to Western values, but need much help to improve governance.On the bright side, Kurdish intellectuals in the diaspora are active and professionally well connected, which brings hope for a better future of Kurdistan and its building partnerships around the world, including a solid friendship with Israel.With few friends in the region, the Kurds will likely look to Israel to help us gain security and closer relations with the United States. As Arab governments in the Middle East totter and fall, and Islamists look to exploit the chaos and terrorism, the alliance is one that both countries may find beneficial.The Kurds are waiting for the right opportunity to declare independence from Baghdad. Our fight against Islamic State (ISIS) is still ongoing, thanks to our brave Kurdish Peshmerga who are not only defending our own territories but also fighting on behalf of the Western civilized countries, as well as Israel, for stability in the region.The author is president of the Kurdish Diaspora & Intellectual Society (International).