Can climate change bring Israel and Jordan closer together?

If Israel and Jordan do decide to further their trading relationship, the two countries will have much to benefit. 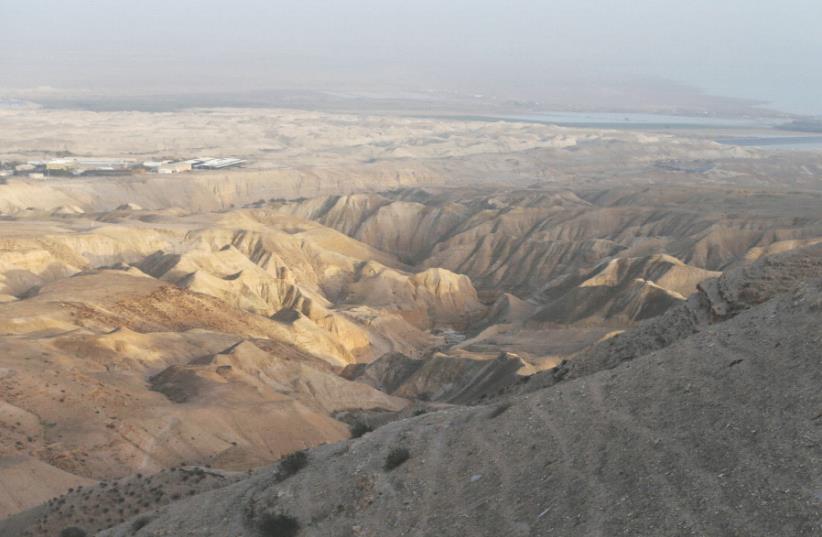 WHO WILL patrol the Jordan Valley
(photo credit: REUTERS)
Advertisement
The economic effects of climate change are geographically uneven and variant across the globe. The Middle East’s political landscape is similarly in constant turbulence. Fortunately, the region’s climate is a bit more predictable. In an arid land with limited water resources, climate scientists expect even worse drought in the Middle East over the next few decades. Oddly enough, this can strengthen peace between two former adversaries: Israel and Jordan.Mounting evidence is confirming the link between climate change, scarce water and rising social tensions both within and between Middle Eastern countries. Worsened by a drought that was two to three times more likely due to climate change, the “Arab Spring” cry for mass revolution was a wake-up call across the region. Researchers, intelligence analysts, and policymakers now have direct evidence that food and water shortages can contribute to conflict and violence.Due to their relatively strong governments with stable political conditions, Jordan and Israel did not witness the kind of violent uprisings seen elsewhere in the region. It’s this mutual stability that can support a long-lasting peace given the right conditions for economic trade. Instead of conflict, climate change may actually be able to induce further cooperation between these two parties.Israeli-Jordanian relations are multi-faceted and strained by political strife. While establishing a strong, mutually beneficial trade agreement has always been a prime opportunity, the two countries have more or less played it cool over the past two decades. Two new developments might change this balance. On the one hand, moderate Sunni countries are now more aligned with Israel than ever before. On the other hand, economic exchange has become much more appealing, partl y because of increasing challenges posed by climate change. Budding economic collaboration can build bridges between old adversaries and strengthen Israel’s relationship with estranged neighbors. This collaboration will probably start quietly. After both sides will see its lucrative rewards, the relationship can evolve.Israel’s lack of nearby friends has created an incredibly independent, nimble and innovative economy. The country’s shortage of resources has prompted the “start-up nation” to invent technologies that extract the best bang for every resource buck. Water is no longer an immediate issue for the small Jewish state. Investments in desalination, solar energy and wastewater recycling technologies have allowed Israel to not only farm fish in the Negev desert, but obtain a surplus of water that’s available to export. What Israel lacks, however, are strong economic alliances with neighboring countries.Like Israel, Jordan is also a small, resource-poor country. Drought, a heavy refugee burden, and vast institutional challenges in managing the Yarmouk River have contributed to Jordan’s declining access to freshwater. A reliance on freshwater primarily obtained from surface and groundwater has prompted farmers to increasingly resort to using wastewater. Since 2011, Jordan’s agricultural exports have declined annually in part due to the closure of two important markets, Iraq and Syria. While agriculture accounts for 60% of Jordan’s freshwater resources, only a single-digit percentage of Jordan’s GDP can be attributed to the sector. This discrepancy is clearly not sustainable over the long run for Jordan, which is projected to run a continuous water deficit over the next decade. Even without the risks of climate change, Jordan needs water badly.Mirroring Israel’s efforts, Jordan has vied to define its economic competitiveness in transforming itself into an innovation economy as well. As Jordan’s fastest growing economic sector, the science and tech industry is pushing the country to become a leading knowledge economy of the Middle East. Greater institutional support for financial intermediation, investment protection, and reduced barriers to trade between it and Israel could become a byproduct of this growing trend. Opening Jordan’s economy will help the country acknowledge the harsh reality of a declining use of commodities. Greater productivity as a result of greater competition will spur greater integration of supply chains between the two countries. Interwoven economic development will then bring the two nations closer as they rally around the grammar of climate change – scarcity.We may soon start to see the beginnings of the two countries’ economic intertwining of basic resources. When developed, the “Red Sea-Dead Sea” pipeline will not only help salvage the diminishing Dead Sea, but bring freshwater into the region to help sustain Israelis, Palestinians and Jordanians. Israel’s recent threats to withdraw from the project, however, can undermine economic cooperation among these parties. Whether or not Israel decides to participate in the conveyance project will have long-standing effects on the Israeli-Jordanian relationship as it ventures into the era of climate change.If Israel and Jordan do decide to further their trading relationship, the two countries will have much to benefit. Climate change will almost certainly be detrimental to both countries as drought, flooding and other extreme weather events become more common. Economic cooperation, however, is the slam-dunk, win-win solution needed to ensure both countries are prepared for increased environmental risk. Solving resource security issues in the face of climate change begins with trade. Bolstering the exchange of basic resources like food, water, and energy can serve as an important starting point for building a stronger relationship between Israel and Jordan. Climate change in essence, may be the spark that forces the two countries to work alongside one another, instead of the opposite.The authors lead the Center for Development and Strategy, a think tank focused on the nexus between sustainability, economic development, and security.