While authenticity is as rare as diamonds and superficiality is superfluous like cubic zirconia, both can be equally worthless. 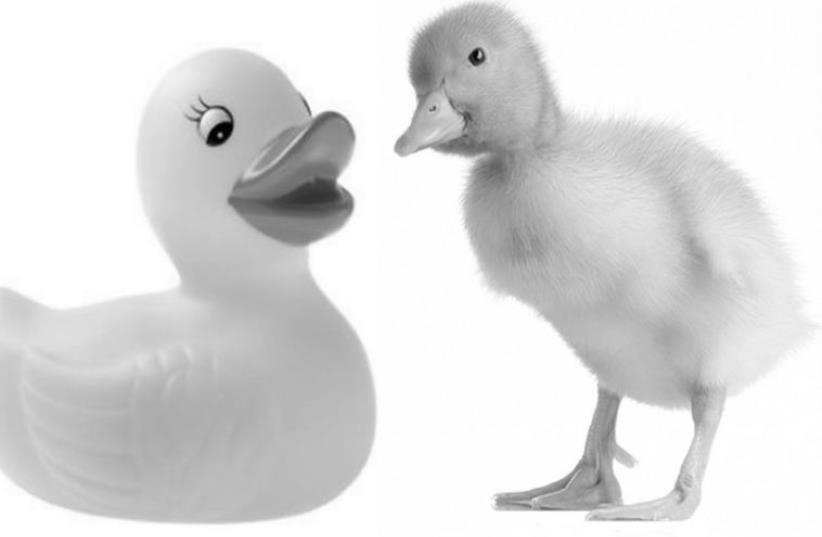 Authenticity V. Sincerity
(photo credit: MARY COLLINGS)
Advertisement
With the exception of love and lust, few concepts have been at war with one another longer than authenticity and superficiality.While authenticity declares: “I am what I am!,” superficiality seductively whispers, “I’ll be whatever you want me to be...”However, neither one is necessarily better than the other. As my father would say, “It is what it is.”Think of the two this way: Authenticity is like a diamond, and superficiality is like cubic zirconia, but both have shortcomings, physically and metaphorically.While diamonds may be rare and sparkle brilliantly, they also come at a high price and can cut people with their sharp edges.Meanwhile, cubic zirconia is plentiful and pretty to look at, but worthless and harmless.LIKE DIAMONDS, authenticity is rare.Indeed, people tend to gawk at authenticity in our increasingly cubic zirconia world.That’s why we’re all generally fascinated by old people, children, reality-show participants and madmen – because they’re all ostensibly uncensored.But while this authenticity can be beguiling, it can also extract a steep cost.Consider the most reviled people in history: Osama bin Laden, Bashar Assad, Adolf Hitler, Benito Mussolini, Joseph Stalin. All of them were authentic, but used their authenticity as a conduit of hate, resulting in profound devastation.Conversely, the truly great historical figures were equally authentic, but coupled their authenticity with humanity to shine brilliantly – thus attracting even more light – at the expense of no one, and the betterment of the multitude.Abraham Lincoln, Benjamin Franklin, Thomas Edison, Mahatma Gandhi, Martin Luther King, Jr., Rabbi Menachem Mendel Schneerson, the Dalai Lama, Mark Twain and Nelson Mandela are just a few of the incandescent stars that make up the beautiful constellations in this rarefied universe.THIS BRINGS us to the difference between an authentic person and a superficial one.Here’s my take on it. The truly authentic man dresses and speaks in a fashion and style that makes him comfortable, no matter the time or the place. He says what he feels he has to say and presents himself as he is, without thinking about whether his words or style will satisfy or offend anyone else.In short, he will not conform.In my opinion, Bob Dylan personifies authenticity more than any other living artist because he exudes the sense that he is utterly at ease with himself and wouldn’t change for all the money in the world, even if that means ruffling a few feathers – which he has been known to do.His fans, myself included, revere him because we can count on him to be true to himself and his uncompromised vision. (Therefore we can forgive him for changing his name and making a Victoria’s Secret ad every now and then…) CONTRARILY, THE superficial man dresses and speaks in a manner he thinks people want him to. He knows exactly what to say because it is whatever others expect him to say. He’ll even strive to speak in a tone that is agreeable to the person or audience in question.In short, he conforms.To me, politicians embody the concept of superficiality more than any other group of people. They are cubic zirconia in the form of human beings.Indeed, most of them are veritable moral chameleons who will say whatever is expected of them, subject matter be damned – with great inflection, no less – to appease their constituents and garner votes and financial support.They appear to have every word and emotion – from happiness to earnestness to righteous anger – expertly choreographed and refined to an unnaturally inoffensive science.But the worst thing about them is that they desperately attempt to appear authentic, going so far as to hire focus groups to help ensure they look genuine.Of course, this is the antithesis of authenticity.That said, the reason I have such an affinity for elderly people and children is that the former no longer care to mince words, while the latter have yet to develop the self-consciousness that prevents them from saying exactly what’s on their minds.This can sometimes be a bad thing, but for the most part it’s refreshing – even charming, considering the ubiquitous ersatz alternative endlessly propagated and normalized by the media, and Western culture in general.The tragedy of all this purity is that old people die, children turn into teenagers, and that wonderful authenticity usually disappears into the powerful vortex of superficiality.YET, WHILE authenticity may appear more valuable than superficiality, the aforementioned butchers of history clearly illustrate a central point: Without humanity, authenticity can be a profoundly destructive force.To be sure, there are numerous instances when unbridled authenticity, devoid of empathy, can be deeply damaging – particularly on an interpersonal level. This typically happens when people refuse to “edit themselves,” like insensitive automatons, thus causing far more harm than necessary.For example, when my late grandmother, Carola, was severely ill with Alzheimer’s disease and dementia, she would routinely ask me in a state of panic if her beloved brother, Adek, who was murdered in the Holocaust, was alive and well.Instead of giving her a heartless “authentic” answer and explaining that Adek was long dead, I said he was happy and healthy. This gave her peace in an otherwise pained state, yet it was not a superficial response because it was said with great love and concern for her fragility.Clearly, there are countless variations of this theme, where unrestrained authenticity – while entirely candid – does more harm than good, and must be tempered with empathy.If a child burns victim, who was facially disfigured, asked you if she was now ugly, would saying “no” be remotely superficial? Would saying she was still beautiful be superficial? IN THE end, authenticity will only win its war against superficiality if it is coupled with compassion, truly making it the most invaluable jewel of all.Indeed, as Carola frequently cautioned me, “A head without a heart is a dangerous thing.”[email protected]