A successful Trump visit should deal with the larger picture. 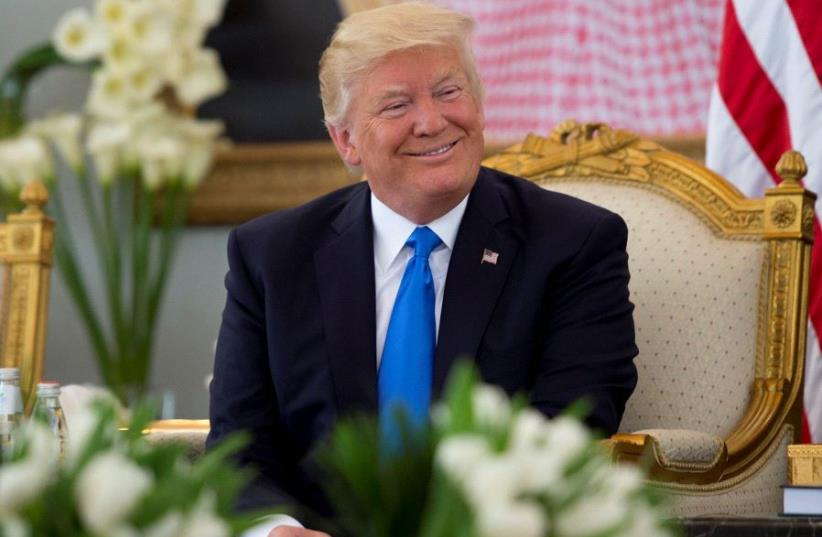 Donald Trump in Riyadh.
(photo credit: REUTERS)
Advertisement
Should Israel say “yes” or “no” to US President Donald Trump’s deal of the millennium? My answer is: Yes... but.Let’s start with the “but.”What can be wrong with trying? Well, we may lose a lot if we fail. There may be another wave of terrorism, we may lose our quiet achievements with the major Arab states, there will be a frustrated president in the White House and Iran and Islamic State will both emerge as victors.And if negotiations produce a failed Palestinian state, we may end up with Iran or Islamic State, if not both, right on our border.Add the uncertainty of the broker, his knowledge of the complex issues and his deep understanding of Israel’s critical security needs, and the “but” becomes very significant.So, why “yes”? Maintaining the status quo for a long time could be impossible, risking deterioration in Israel’s security and international standing.At the same time, Israel has a vital interest in defining its borders with solid security and an overwhelming Jewish majority. Defining such borders could be achieved through negotiations, or unilaterally, with the support of the US, only after a genuine attempt to reach an agreement has failed.Recent changes in the Arab world may open opportunities to make progress toward peace and we should not miss out on them. Not least, we owe it to our children – whom we ask of to be ready to give their lives for the country – to make every effort to prevent war and advance peace.So what is the bottom line? If we are convinced that the US administration is aware of the complexities and risks involved and is ready to act carefully with “exit strategies” to avoid collapse, and if we can be certain that they deeply understand and support Israel’s security requirements in the territories, then by all means, our answer should be “yes.”And one more thing: A most serious mistake of the Obama administration was to believe the “Palestinian problem” was at the core of every conflict, and that resolving it would bring a cure to all plagues.A successful Trump visit should deal with the larger picture. It should focus on preventing Iran from being closer to achieving nuclear weapons and from continuing to spread terrorism and instability. It should generate a shared vision for Syria that would prevent the strengthening of Hezbollah and keep the terrorist organization and Iran far from the Golan Heights.It should enhance joint efforts to support regional moderates and their relations with Israel. It should further develop US-Israel relations in many areas, including missile defense and cybersecurity, energy, water and joint aid projects in the third world, and it should send a clear message to friends and foes that the bond between the US and Israel is bipartisan, unbreakable and also the key to progress and success in the future.The author served as ambassador to the US from 2005 to 2009.