The Guardian recently published an “anonymous” letter by 390 Amazon and Google workers who condemned their own companies for taking part in Israel's flagship 1.2 billion-dollar cloud service project, also known as Project Nimbus.

Somewhat miraculously, less than 20 hours later, anti-Israel groups Jewish Voices for Peace (JVP) and MPower Change launched a fully-fledged campaign website titled "NoTechForApartheid.” Although this anonymous letter appeared to be a grassroots plea by concerned employees, the reality is anything but.

Upon launching, the website already contained in-depth explanations about Project Nimbus, graphics, endorsements from 42 other anti-Israel groups, and pre-written email drafts to send to Amazon and Google leadership.

The website domain was purchased nearly two months prior to the “anonymous” letter, on August 17. When JVP was confronted with these accusations by pro-Israel activist Emily Shrader, that they coordinated the campaign with the letter writers in advance, they admitted that, “of course we’re in touch with them – we literally launched a campaign to support them.”

How can one "support" something two months before they even asked for such support?

Ariel Koren, a product marketing manager at Google who in 2018 identified with JVP, explained in an online interview that she signed the letter to petition her company to “do the right thing.” However, a quick look at her Twitter bio reveals that she is also connected to the BDS campaign and is using the campaign hashtag #notechforapartheid.

Similarly, in an October 13 op-ed published by NBC News, Amazon content strategist Bathool Syed and her co-author portray themselves as innocent employees concerned about the plight of Palestinians. In reality, Syed is an ardent supporter of the boycott, divestment and sanctions movement (BDS) targeting Israel. Unsurprisingly, Syed added the campaign website to her Instagram account the day after it was launched. 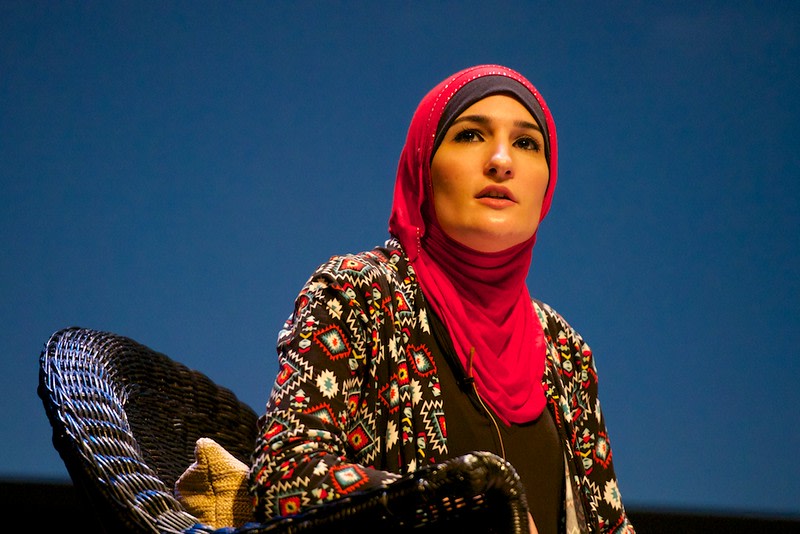 Project Nimbus is simply a project to move the majority of the Israeli government’s IT infrastructure to local cloud-based servers. Contrary to the anti-Israel campaign’s arguments, it would merely enhance the Israeli government’s ability to perform essential government services for its citizens – and create 3,000 jobs in the process. However, that does not concern the chief campaign organizers. JVP opposes the very right to Jewish right to self-determination, and MPower Change, founded by controversial anti-Israel activist Linda Sarsour, frequently smears Israel as an “apartheid state.”

In another suspicious incident from July 31, 2021, American singer Billie Eilish was attacked on social media by furious fans after posting a video in which she uttered the words, “Hi, Israel.” These were not actual fans or even people at all.

According to the group Creative Community for Peace (CCFP), Eilish’s Instagram was “flooded with thousands of bot-driven comments consisting of Palestinian flags and other Palestine solidarity-themed comments.”

CCFP research found that hundreds of bots commented on Eilish's pictures and received thousands of likes for each comment, although the commenters' accounts never even posted one picture on their own profile. 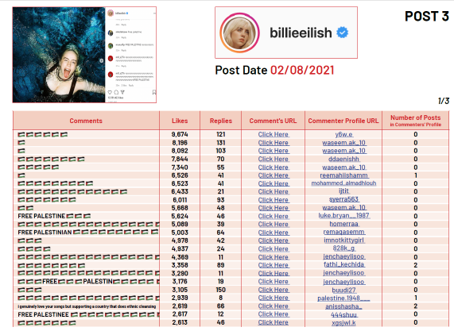 A few months earlier, during the May 2021 escalation between Israel and Hamas, hundreds of thousands of Malaysian online activists were guided by Facebook, Instagram and Telegram groups to mass spam Israeli accounts and bully them into silence. They even managed to block the WhatsApp numbers of Israeli officials by using various techniques. The groups instructed their followers to harass, block, hack and shut down Israeli accounts using loopholes in social media platforms that allowed them to create fake reporting and fake password recovery processes.

These three cases are all part of a concerted effort by activists to create the false impression that speaking out in Israel’s favor or simply acknowledging its existence will incur the wrath of millions of people worldwide.

Just take the anonymous letter in The Guardian.

While some may view the writers as a powerful movement within Google and Amazon, the overall number of employees in the two companies exceeds 1.4 million. In other words, only roughly 0.027% of their employees signed the letter that the Guardian published.

Why do campaigns like these occur? Why don’t anti-Israel activists and organizations – rarely the bashful type – state their views openly instead of hiding behind smokescreens and internet trolls?

It is simple, these activists know that most people are not dominated by anti-Israel ideals, so they circumvent this obstacle by framing their actions as a grassroots struggle for human rights by concerned citizens.

This phenomenon must be addressed if genuine civil discourse about the Israeli-Palestinian conflict, or any issue at all, is to thrive on social media. Ensuring that media outlets and humanitarian organizations conduct proper due diligence and vetting when reporting on campaigns like these would be a welcome first step.

While that may not stop these inauthentic campaigns from occasionally popping up, it would do wonders in limiting their effect on the public.

Dan Levinson is senior vice president at Force Majeure, a cyber and digital forensics company.  This op-ed represents the writer's personal opinion and is published in partnership with a coalition of organizations that fight antisemitism across the world. Read the previous piece by Abraham Cooper.