This week in social news. 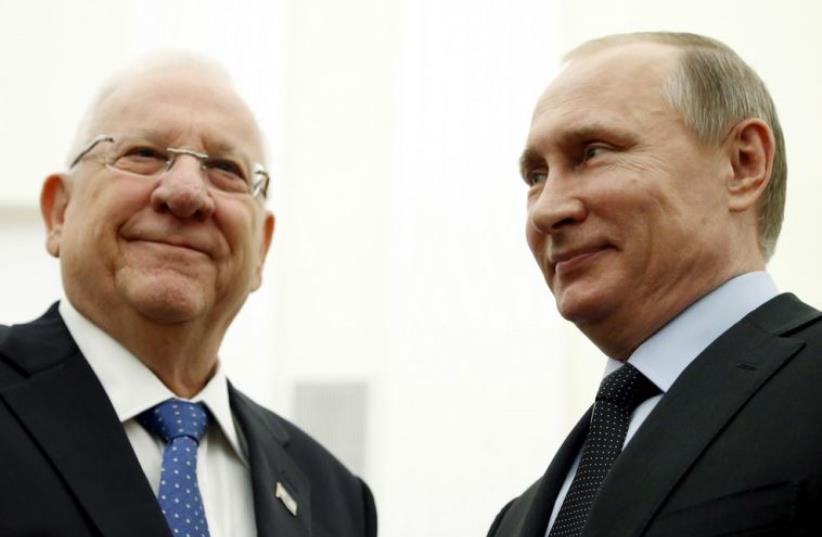 Russia's President Vladimir Putin (R) meets with his Israeli counterpart Reuven Rivlin at the Kremlin in Moscow
(photo credit: REUTERS)
Advertisement
As has been previously mentioned in this column with reference to singer, actor, author and television and radio personality Yehoram Gaon, you can take the man out of Jerusalem, but you can’t take Jerusalem out of the man.Gaon was born and raised in Jerusalem.He served on the Jerusalem City Council from 1993 to 2002, holding the arts and culture portfolio and also that of special needs education. Since then, he has frequently performed in Jerusalem, and compared to any other Israeli singer he arguably has the most comprehensive repertoire of songs about Jerusalem.On Sunday, February 11, on the eve of the 15th annual Jerusalem Conference, he will receive the Jerusalem Prize at the International Jerusalem Convention Center and will also launch an album that contains his major hits from all the phases of his career spanning more than half a century.Considering that this year’s Jerusalem Conference is within the framework of Israel’s 70th anniversary celebrations, Gaon will also give what promises to be a very memorable concert of his greatest hits throughout the years – songs on which so many Israelis were raised, and which are part of their musical and even patriotic DNA.Among the people who have indicated their attendance at the event is US Ambassador David Friedman.