'Guts but no common sense': Entering east Jerusalem in 1967 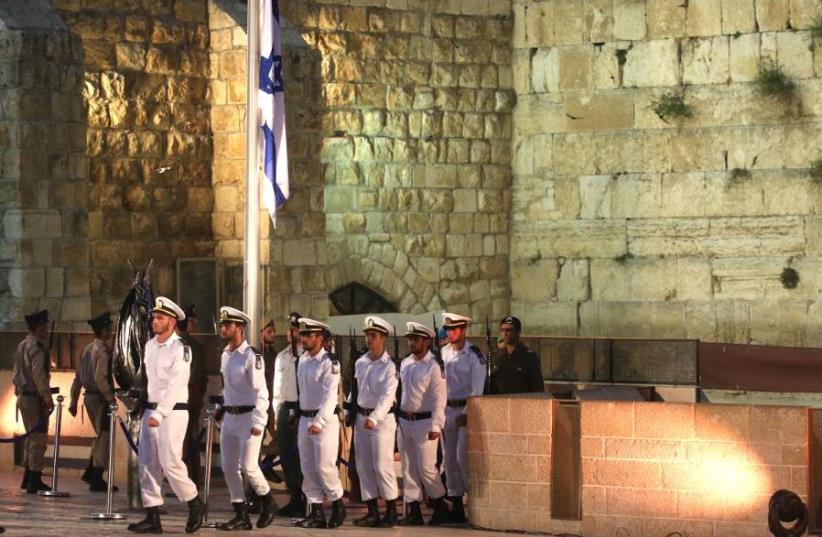 Soldiers rake down the flag ahead of Memorial Day ceremony at the Western Wall
(photo credit: MARC ISRAEL SELLEM/THE JERUSALEM POST)
Advertisement
It was March 1967. I was spending the year at Hebrew University. For the long spring break I planned a visit to Greece and Turkey. Then, after too little thought, I decided that it made sense that, rather than return to Israel from Turkey, I fly to Beirut and travel from there through Damascus, Amman, and east Jerusalem. I would come “home” via the Mandelbaum Gate, the Israeli border crossing between east and west Jerusalem.
At the American embassy in Greece I obtained a clean passport, one with no “incriminating” Israeli stamps. It was a fascinating trip. Even in Damascus, I rarely felt in jeopardy as a Jew. I faced more hassles as a woman traveling alone.
The highlight was the Old City and environs. I never imagined that in seven weeks’ time I would be able to return to these places without subterfuge. Then it came time to return. The border crossing consisted of a fifty-yard concrete expanse, once a busy street. At one end was a small structure occupied by Jordanian border police and at the other, a portion of a stone house that once belonged to the Mandelbaum family and was now occupied by Israeli border police. Flags and a flimsy divider indicated where one country ended and the other began. As I crossed over that divide, I realized I could shed the cover story I had relied on for the past week. Only then did I recognize that for the first time in my life I had been a Jew in “hiding.”
In Mandelbaum House two bored border police sat behind a counter. One asked the purpose of my “visit.” In Hebrew I explained that it wasn’t a visit but a return. As I began to describe what I had done, the second guard ignored the tourist he had been helping and joined his colleague in peppering me with questions: where had I been, what had I seen, and how had I fared.
After about fifteen minutes, I turned to leave. As I maneuvered my luggage out the door I heard one guard, using a slightly off-color term, admiringly say, “Yesh lah batzim” (she has guts). The other quickly responded, “Aval ein lah sechel” (but she lacks common sense).
As I look back from a perspective of fifty years, I am not sure about the first attribute, but I am about the second. And I am glad for it.
Prof. Deborah Lipstadt is the Dorot Professor of Modern Jewish History and Holocaust Studies at Emory University; her publications include Denying the Holocaust (1993), History on Trial: My Day in Court with a Holocaust Denier (2005), and The Holocaust: An American Understanding (2016).
This story is one of four excerpts from the recently published book of essays, My Jerusalem, compiled by Ilan Greenfield of Gefen Publishing.
Click here for the other excerpts the appeared in the Jerusalem Post MagazineJERUSALEM AT THE POINT OF A SWORD by RABBI DR. SHARON SHALOM
WE'RE BACK by BLU GREENBERG
MY FIRST ENCOUNTER WITH THE KOTEL by YULI YOEL EDELSTEIN