Israeli government takes a wrong turn at the Kotel

Zionist Union lawmaker says the Israeli government has made a mistake, but the Jewish People have not. 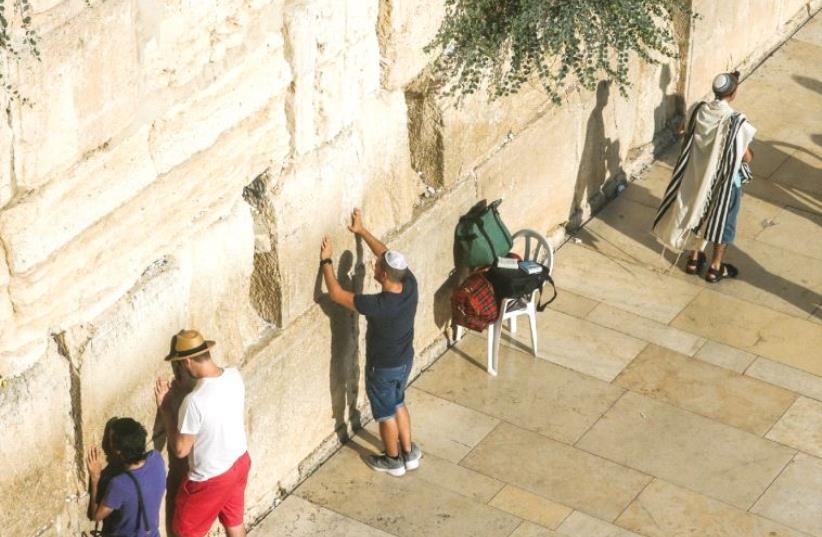 The Israeli government took another wrong turn. Prime Minister Benjamin Netanyahu and his ministers decided to freeze the pluralistic Western Wall agreement and stop promoting plans to build and renovate the egalitarian prayer area at the Kotel.

The irony in this decision speaks for itself. A year and a half ago, this very government decided to establish the mixed-gender area of the Kotel. Netanyahu himself explained on January 31, 2016 that this solution was appropriate and could finally unite the Jewish People.

You might wonder what has happened here exactly? How come did the prime minister and his government flipped their opinion so rapidly and so radically from one year to another?

Well, nothing happened. Even after the government accepted the historic pluralistic agreement last year, it did nothing to implement it. Once again, as it has done in countless other opportunities, this government failed to stand up to its word and proved itself rather inefficient and irresponsible.

Netanyahu’s government, much like Netanyahu himself, is perpetually afraid of coalition disagreements and is paralyzed by the smallest signs of coalition crisis. As a result, whenever this government finds itself on the edge of deciding or implementing a major decision, it backs down and abandons any of its former principles.

This tragic pattern of Netanyahu’s government might actually be the good news for the Jewish Diaspora. The massive political pressure that was placed on this government by the ultra-orthodox parties clearly did its part. Lacking any real vision for the future and just yearning to keep being in office forever, Netanyahu gives in whenever anybody pressure him.

Leading international progressive Jewish organizations, the Jewish Agency and the Israeli opposition loudly denounced the government’s decision and urged it to reinstate the Western Wall deal as soon as possible. In the days and weeks to come, this pressure must increase so the government can realize the gravity of its mistake and change its unjust and unfair decision.We cannot allow ourselves to give up now. The Israeli government has made a mistake, but the Jewish People have not. If we keep working together, both in Israel and around the world, I am certain that we will be able to change this decision and finally create a future, in which every Jew will be free to practice his or her belief in the heart of Jerusalem, in the Jewish faith’s holiest site, the Western Wall.Yoel Hasson is a member of Knesset for the Zionist Union Party