The real reason for the Israeli/American Jewish divide 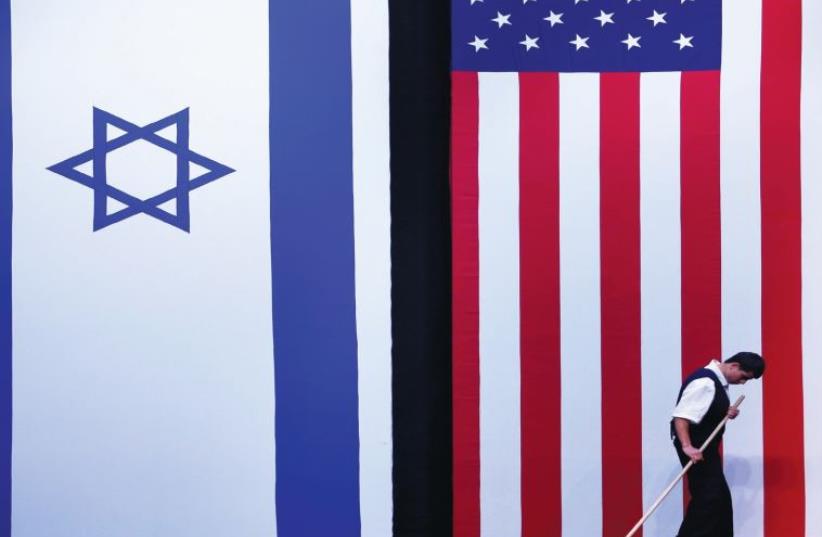 The Israel and American flags side-by-side
(photo credit: REUTERS)
Advertisement
There has been an increasing drumbeat of analysis as to the growing divide between Israeli and American Jewry, and, as befits any Jewish issue, a virtual panoply of reasons given.For example, there has been the intense study of the degree of affiliation and affinity of the American Jewish community, provided by the Pew Foundation reports, all showing rampant intermarriage and a significant lessening with identifying oneself as a Jew by religion, as opposed to being a cultural Jew, a Jew by background, or just a plain Jew.This has led to the hypothesis that a loosening of ties with Judaism would consequently result in a diminishment of interest in and attachment to Israel.Add to this mix the heightened emotional intensity since the recent US presidential election, when the Americans living in Israel voted significantly for Trump, while American Jewry voted overwhelmingly for Clinton.I would suggest that all of the above, and more, are not only relevant, but also probably contributory factors. However, bestriding these various explanations is an inescapable reality that has existed for decades, but is not being pointed to as a determinative explanation. That factor is of course the difference between a sovereign majority community and a small minority seeking to maintain its position in a much larger polity.Ariel Sharon famously observed that, when it came to the responsibilities and pressures imposed on a prime minister, “what you see from there is different from what you see from here.”By extension, I would suggest that the same can be said about making decisions, formulating policies and priorities and developing the sensibilities of a society. The reality of responsibility and ultimate accountability renders a situation very different from one where people are just making recommendations, but will not be accountable for their implementation or implications.Sovereignty is simultaneously the greatest blessing of national self-determination, yet also quite messy, and at times ugly. Sovereignty has consequences. The sovereign has direct and ultimate control over many facets of the lives of its citizens and residents.It is sovereignty, pure and simple, that has produced the sense that Israeli and American Jews are living in parallel universes. The difference can be captured by my experience (and that of many others I know) as a young kibbutz volunteer in the mid-1970s. Here I was, a 24-year-old Ivy League grad and Ivy League law school dropout picking bananas under the tutelage of young Israelis who had recently fought the Yom Kippur War. Now they were back home, hoping to assume leadership roles in the kibbutz they were raised in.It absolutely floored me to discover that they were my age, and even, in some cases, younger. To a one, they struck me as being 10 years older; not because they were aged, but because of how they carried themselves.They had been through the crucible of battle, fighting for their country. I had been playing at anti-war demonstrations which were, as often as not, a way to meet girls.They had been protecting their families and community; I had been trying to figure out what to do with my life. They had been laden with the inescapable responsibilities of living in a sovereign country with no safety net, while I had no such weight cast upon my shoulders.That existential gap continues on the macro level some 40 years later. Israelis, their leaders and their citizens, must make and live with decisions that will impact all of them, as well as well their neighbors, allies and adversaries.American Jews can “Just Do It!” or “Go for It!” while Israeli Jews have to be prepared to “Just Live with It!” Nowhere is this more clearly seen than in the cringea- thon known as Israeli coalition politics. For all its raucous, occasionally farcical circus atmosphere, there is an implicit genius to the process that recognizes that we all will have to live with whatever comes out the door marked “legislation.”Therefore, ‘tis better not to succeed than to fail. This is the underlying wisdom of the Knesset. It would be better not to legislate, or embark on an initiative, no matter how attractive, than risk imposing something counterproductive, not to mention harmful, on the Israeli people.To many American Jews, this often appears to be a failure of will, a cave-in to one-track constituent groups, producing the need “to save Israel from itself.” While all of the above might have validity, the American analysis often lacks the empathy of the realization that only Israelis would have to live with the consequences of American suggested or imposed solutions.This is largely why Israelis roll their eyes at American finger wagging, which of course only infuriates the frustrated Americans even more.The solution is not easy, but the Birthright trips provide a healthy dose of the reality of what it means to be living in one’s own country. Americans visiting Israel need to see the precariousness of the geopolitical reality here, such that a mortar fired from hilltops in what might become sovereign Palestine could paralyze the entire coastal plain, including Ben Gurion Airport.The recognition that the decisions made here will have profound consequences should be a humbling speed bump in the rush to offer advice, demand solutions and to be increasingly critical over the continued impasse that is not likely to end any time soon.Americans need to realize that the margins for error here are dramatically smaller than they are in the US, where Jews have the luxury to advocate for positions that sound great, make one feel righteous, but might have disastrous real-world consequences.Israelis willingly have assumed the joys and burdens of sovereignty. American Jews should celebrate this reality and understand the pressures and constraints that sovereignty conveys. Doing so is likely to bring the communities closer together, generating mutual respect and appreciation.