Jewish obstacles standing in the way of religious freedom - opinion

Israel does not have a civil marriage option. So if a citizen wants to get married civilly, they need to do so outside the country. 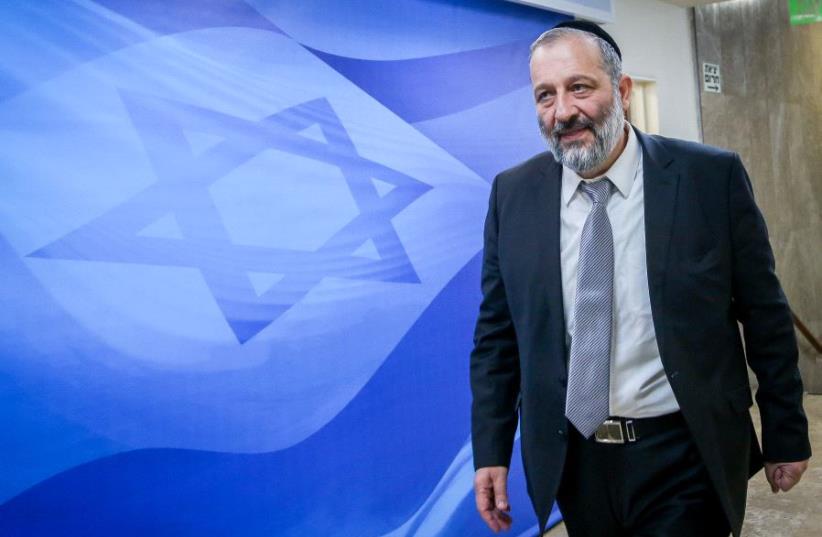 Aryeh Deri
(photo credit: MARC ISRAEL SELLEM)
Advertisement
In a surprise but welcoming development, the Interior Ministry’s Population and Immigration Authority has recognized three civil marriages performed online through the state of Utah for Israeli citizens who never even left the country.The decision – made by the professional staff of the ministry – was immediately overruled by Interior Minister Arye Deri, a consistent opponent of any moves that free up matters of religion and state in the country.Three couples availed themselves of Utah’s online civil marriage service and presented the documentation they received from the state with an apostille – a legal instrument validating official documents – to different branches of the Population Authority.Officials at the authority were at first confused by these civil marriages since they had not previously encountered a state-approved marriage done online. Nevertheless, after reviewing the matter, the marriages were approved and recorded.Israel, it is important to note, does not have a civil marriage option. So if a citizen wants to get married civilly, they need to do so outside the country.News of the recognition and subsequent Deri-ordered review of the marriages came just after Jeremy Sharon told the story of renowned pathologist Prof. Ruth Katz, who is facing obstructionism from the same Population and Immigration Authority in her efforts to make aliyah and obtain Israeli citizenship.Born Jewish – and a Cohen on both her paternal and maternal sides – all of Katz’s siblings and children have already obtained Israeli citizenship, as did her parents, both of whom are buried in Israel.Nevertheless, Katz’s 2018 application for citizenship has been repeatedly rejected. The Interior Ministry refused to accept a letter confirming her Jewish status from Rabbi Gidon Moskowitz, an Orthodox rabbi in Houston, and demanded Katz provide the marriage and death certificate of her second husband as proof of her personal status as a widow, even though she remarried after his death.Katz was unable to provide the original marriage certificate from South Africa in 1975, despite going to significant lengths and expense to do so. The rabbi of the synagogue there died and the synagogue and its records were destroyed in a fire.She did, however, provide a certified copy of the marriage certificate, which the authority also rejected.To anyone who cares about Israel and ensuring that it retains a Jewish and democratic character, these stories should be of the utmost concern. They follow another story Sharon told recently in The Jerusalem Post of David Ben Moshe, an Orthodox convert married to an Israeli woman and the father of their daughter, whose three-year fight to be recognized as Jewish, so he can obtain Israeli citizenship, is still ongoing.When it comes to civil marriage, the situation is absurd. Israel has 300,000 citizens who are not considered Jewish according to Halacha (Jewish Law). Most of them are children of immigrants from the former Soviet Union.These are law-abiding citizens who serve in the IDF, pay their taxes and contribute positively to the country. Nevertheless, they cannot get married in Israel, a country where people can only be married through a religious institution – Jewish, Muslim or Christian.The fact that these citizens fulfill their obligations and duties but are not allowed to marry in Israel – a basic right in any democracy – is a stain on the nation’s democratic character and is an issue that should have all Israelis up in arms.At the same time, the troubles and obstacles that people like Katz and Ben Moshe are encountering in their journey to become Israeli is a stain on this country’s Jewish character. Israel professes to be the home for all Jews. As such, it needs to accept Jews with open arms – no matter what their background might be and where they come from on the religious spectrum.We should be celebrating people like Katz, a renowned academic, for deciding to make Israel her home – and we should applaud people like Ben Moshe, an ex-convict in the US who turned his life around, found Judaism and built a family and life in the Jewish state.It is time for political parties to put these issues at the top of their agendas as they try to convince us to vote for them in the March 23 election. Religious freedom is one of the most important issues in Israel today – we should not let it be buried beneath political spin.