JPost Editorial: No to silence

Jews will not remain silent. 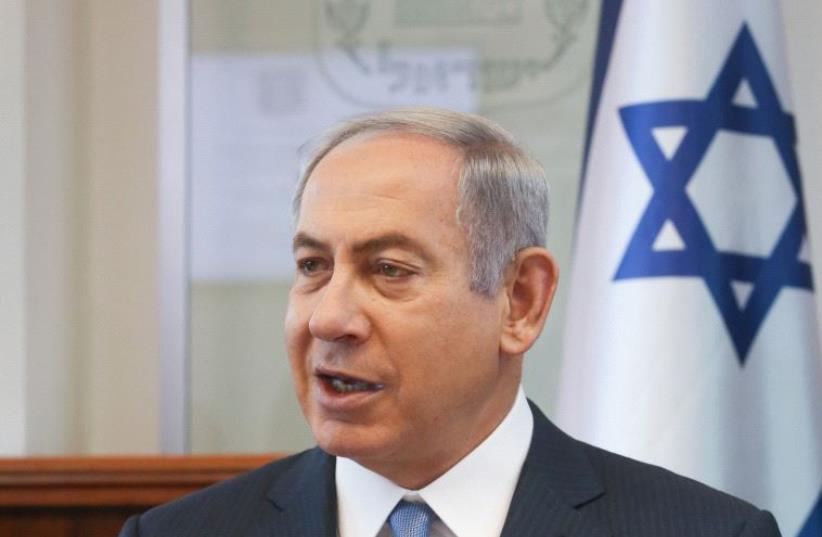 Netanyahu at cabinet meeting
(photo credit: MARC ISRAEL SELLEM)
Advertisement
Prime Minister Benjamin Netanyahu’s astonishing attempt to muzzle Diaspora Jews’ criticism of the Jewish state’s denial of their right to pray at the Western Wall as they wish defies both his own stated commitment to religious pluralism and the expressed support of a majority of Israelis for freedom of religion.Netanyahu admonished Diaspora leaders at the Jewish Agency’s Board of Governors meeting in Jerusalem on Tuesday and asked them to refrain from vocal criticism of the government’s failure to implement its own decision to allocate an area at the Kotel for egalitarian prayer. Netanyahu hinted at coalition tension as the reason to keep quiet on the Kotel standoff.The prime minister’s request that half of the world’s Jews remain silent when it comes to their demand for equality in the so-called state of all the Jews is just one of the characteristics of a dysfunctional system of coalition government. In this case, an ultra-Orthodox minority is preventing the government from implementing a decision it passed in the cabinet almost a year ago.Netanyahu knows well that he cannot lead his shaky coalition to revolutionize Israeli history by separating religion and state, for one thing because its existence is also threatened by the settler lobby seeking to block the demolition of the illegal settlement outpost of Amona.In typical fashion, just as he asked the High Court to postpone the demolition for several more months, he now warns Diaspora Jewry to keep a low profile in its opposition to religious discrimination lest it arouse “more friction.”The prime minister is well known for avoiding friction, but his plea for Diaspora silence in the face of religious discrimination contradicts the history of every successful protest movement for social change, from the civil rights movement in the United States to the campaign to free Soviet Jewry. Silence is leaden, not golden in the face of injustice.“We have one people and one Wall – it’s our Wall,” Netanyahu told the Jewish Agency board in the Knesset’s Chagall Hall. “The less publicly we talk about it, the better chance we have to resolve it. The last thing we need is more friction, as that will make a solution more difficult.”Most Jews do not agree, according to a recent Religion and State Index conducted by the Smith Institute. The poll – conducted following September’s ultra-Orthodox threat to bring down the coalition over railway infrastructure work on Shabbat – found that 81% of the public is disappointed with the government’s performance in matters of religion and state. A massive 84% of respondents agreed that the state should permit free choice of religious observance to the secular and religious alike. But although 63% support complete separation of religion and state, those who identified themselves as religious and ultra-Orthodox disagreed.Less than 24 hours after Netanyahu’s plea for lowkeyed criticism, the issue was once again thrust into the headlines when progressive Jews from abroad and here took the occasion of the blessings over the new month of Heshvan to march with Torah scrolls into the women’s section of the Western Wall for the morning service.Violence quickly erupted as the ultra-Orthodox orderlies tussled with male and female Reform and Conservative rabbis entering the holy site with Torah scrolls to protest against the government’s failure to implement its own decision to allocate a special area for pluralistic and egalitarian prayer.Rabbi Gilad Kariv, director of the Reform movement in Israel, said, “after a frustrating year of non-implementation of the agreement, an unprecedented wave of incitement against Reform Judaism and the shameful and discriminatory mikve law, it would be fitting for the government to stand by its commitments to the Jewish world.”January will mark one year since the government’s decision to establish an egalitarian plaza at the Kotel.At the time of the decision, Diaspora Affairs Minister Naftali Bennett declared that “all Jews need to know that they have a share in the Kotel, whoever they are.”That hasn’t happened. Almost a year later, now is the time for Netanyahu, Bennett and the rest of the government to stand by their decision.Jews will not remain silent.