The packed day brought into focus the fact that Israel and American Jewry don’t always see eye to eye. 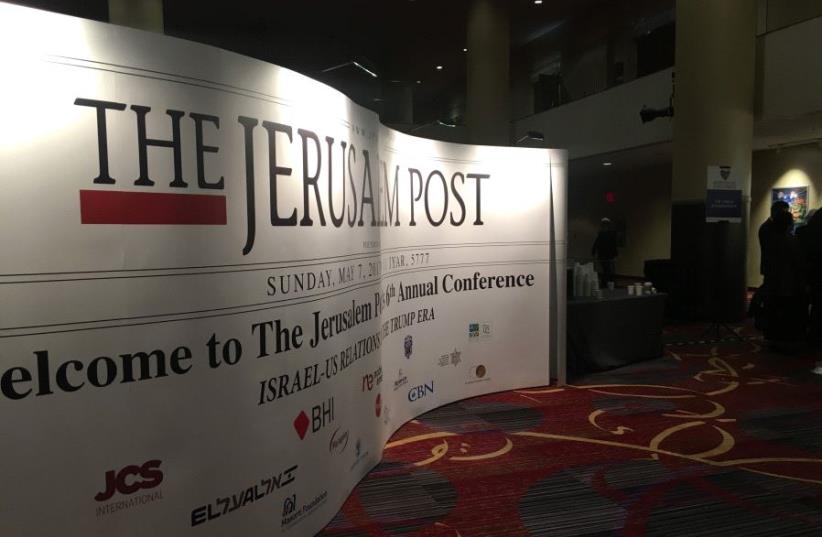 The Jerusalem Post Annual Conference
(photo credit: DANIELLE ZIRI)
Advertisement
As was the case in previous years, The Jerusalem Post Annual Conference that took place Sunday in New York was a forum for robust debate about Israel as well as a testament to the strong ties that connect the US and the Jewish state.Before an audience of 1,500 people who passionately care about Israel and the United States, the conference brought together Israeli and American political, religious and cultural leaders in an open forum that enabled divergent viewpoints to be expressed in a tolerant and respectful environment.The conference generated a number of headlines: it was revealed that World Jewish Congress president Ron Lauder briefed Education Minister Naftali Bennett, Justice Minister Ayelet Shaked and Science and Technology Minister Ofir Akunis as well as opposition leader Isaac Herzog on his impressions from conversations with US President Donald Trump about how to solve the Israeli-Palestinian conflict.Lauder told the politicians that Trump believes Abbas can be convinced by him and by Arab leaders to come back to the negotiating table and make concessions.This was a significant bit of information as Israel prepares for Trump’s visit later this month.In a hard-hitting interview, the Post’s editor-in-chief Yaakov Katz pressed Sebastian Gorka, senior foreign policy adviser to President Trump, on his alleged ties to proto-fascist groups in Hungary dating back to his young adulthood.Gorka pressed back, rejecting the claim that he and his fellow White House colleagues Steve Bannon and Stephen Miller harbored antisemitic views. He argued that such claims were politically motivated.He said the Trump administration hopes to stigmatize the flag of Islamic State to a point where it is universally compared “to the swastika of the Nazi Third Reich.”On the security front, in a panel that brought together high-level military leaders, former chief of staff Dan Halutz told Katz that Russia had a stabilizing impact on the region. Moshe Ya’alon, another former IDF chief of staff, hailed the close security ties between Israel and the US. From all these speakers, as well as other panels, one of the themes that returned again and again was recognition of the close ties and cooperation between Israel and the US on other fronts – from hi-tech and energy to social causes.Israel’s robust economy was also discussed. Yaky Yanay, CEO and president of Pluristem Therapeutics, Prof. Isaac Ben-Israel, member of the EMET prize award committee, Bibi Zomer, Israel country manager at Noble Energy, Dr. Efraim Chalamish, Nissim Zioni, founder of CEO of Pitchon-Lev and Inon Elroy, Israel’s economic minister to North America for the Economy Ministry discussed the strengths of Israel’s hi-tech industry while noting that poverty remains a major concern.The packed day also brought into focus the fact that Israel and American Jewry don’t always see eye to eye.In a panel titled “Is Israel Still the State of All the Jews?” president of the Union for Reform Judaism Rabbi Rick Jacobs warned that some of Israel’s policies – specifically the new law blocking foreign activists who call for or try to influence others to boycott Israel from entering the country – doesn’t reflect Jewish values.Jacobs and his fellow panelists also addressed the divisive issues of the stalled egalitarian prayer section at the Western Wall as well as other issues of religious freedom including marriage, and demonstrated that the complex relationship between Israel and American Jewry is developing and cannot be taken for granted.But the fact that such a wide range of issues and differing views could presented and debated without raised voices – and in an atmosphere of mutual respect – was a testament to the willingness of both the speakers and the audience to listen and learn.All in all, the conference was a triumph of robust debate at a time when too often controversial figures are silenced before they are given an opportunity to speak out.We at the Post would like to take this opportunity to thank all of the speakers, the panel participants and the engaged audience who helped make the annual conference a resounding success.