By bringing his cabinet to the Golan and declaring loud and clear that Israel will never give it up, Netanyahu brought the issue into the US election campaigns. 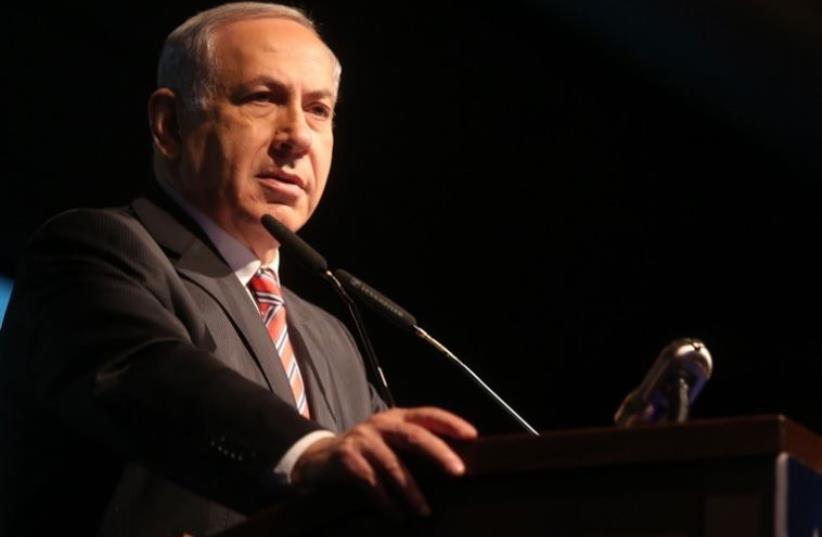 Prime Minister Benjamin Netanyahu
(photo credit: MARC ISRAEL SELLEM)
Advertisement
In commenting on Sunday’s cabinet meeting in the Golan Heights (“Questioning the wisdom of declaring now – ‘The Golan is Israel’s forever’”), Herb Keinon asked the rhetorical question: “Would it have been possible to quietly let Washington and Moscow know that in the current reality, and for the foreseeable future, there is no room to talk about relinquishing the Golan?” He quoted former ambassador to the US Itamar Rabinovitch: “[Prime Minister Benjamin Netanyahu] did something that he successfully avoided doing for the duration of the five-year Syrian civil war: insert Israel into the heart of the conflict.” And agreeing with Rabinovitch, he concluded: “The Golan has been off the international community’s agenda for years, but Netanyahu put it squarely back there on Sunday. What is not immediately clear is what Israel gained by doing so.”It is true, as stated in Keinon’s analysis, that “Netanyahu speaks regularly to [US Secretary of State John] Kerry,” communicates frequently with Russian President Vladimir Putin and will even “[go] on Thursday to Moscow” to meet with him. I am not privy to the most recent telephone conversations Netanyahu has had with Kerry and Putin, but neither are Rabinovitch and Keinon. What if, during these conversations, Netanyahu had failed to convince both the American and Russian leaders to keep a return of the Golan Heights out of the negotiations on Syria’s future? What if the Golan is already on the superpowers’ agenda, as it is rumored to be? Faced with such a realization, Netanyahu would have the option to keep silent and hope that Obama and Putin somehow change their minds or that the talks would eventually fail. Alternatively, he could try to create “incentives” for those leaders to take a demand for Israeli withdrawal from the Golan off the table. The latter appears to be the course the prime minister has embarked upon.By bringing his cabinet to the Golan and declaring loud and clear that Israel will never give it up, Netanyahu brought the issue into the US election campaigns.True to form, and within 24 hours, Senator Ted Cruz asserted that “it is foolhardy and dangerous for elements in the international community to try to pressure Israel to abandon the Golan to the chaos engulfing Syria” – a position that whoever ends up being the Republican candidate will almost certainly endorse. Will Obama put Hillary Clinton in the damaging position of either offending his core supporters by opposing the president or alienating Jewish voters by endorsing his demand during the presidential debates? Will he put Democratic congressional and senatorial candidates in a similar dilemma? In addition, by launching a “surprise military drill” in northern Israel, also within 24 hours, Netanyahu could be sending Putin a not-so-subtle message, conceivably to be reinforced in person during his visit to Moscow: it is not in Russia’s interest, now that it has significantly degraded the Syrian regime’s opponents, to put Israel in a position of having to strengthen them in order to poison the Geneva deal. Why risk the impressive gains that Russia has already made in the region? Iran never crossed Netanyahu’s red line on its nuclear program, and those who have challenged his red lines in Syria have paid a heavy price. Time will tell whether his latest red line on the Golan will also hold, but evidently he did not think it would had he acted “quietly.”The author is a former president of American Friends of Likud.