On Nazi war criminals and other suspects 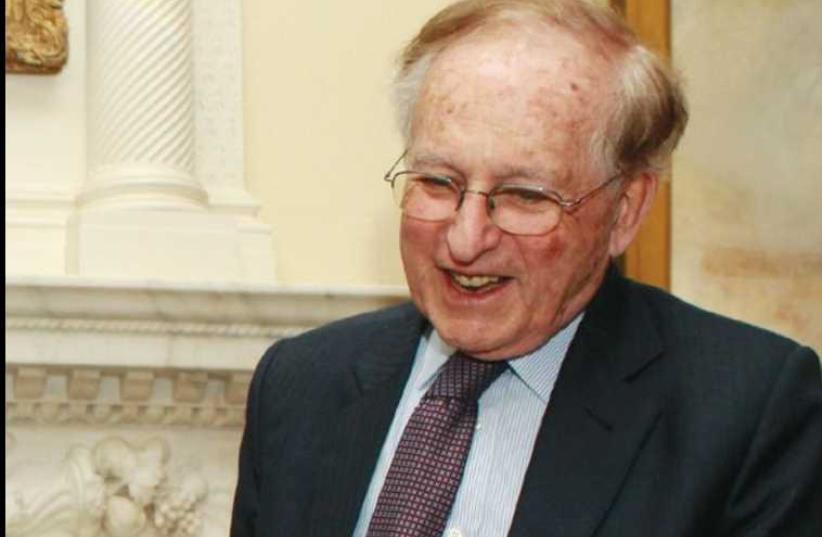 Lord Greville Janner
(photo credit: REUTERS)
Advertisement
In an op-ed recently published in The Jerusalem Post (“The irony of Lord Janner’s escape from trial” – April 27, 2015), former editor in- chief Jeff Barak linked two legal cases which ostensibly have no connection but relate to Jewish issues, and drew some disturbing and highly questionable conclusions.The suspects in the cases in question could hardly be more different. While one has been an outstanding Jewish leader throughout the past few decades, a former president of the British Board of Deputies, a former MP and currently a member of the House of Lords, the other was a member of the SS who served as the “accountant” of the Auschwitz death camp. Their legal fate has hitherto also differed, a difference which aroused Barak’s attention and led him to make some dubious assertions regarding the cases and the efforts to bring Nazi war criminals to justice at this time.The accusation against Lord Greville Janner is that during the ‘70s and ‘80s he allegedly sexually abused residents of a Leicestershire children’s home, accusations that Janner has consistently denied.
See the latest opinion pieces on our page
The director of British public prosecutions, Alison Saunders, has recently ruled that Janner should not be prosecuted, despite evidence which ostensibly corroborates the accusations, due to severe dementia, which would prevent him from fairly defending himself against the charges.Oskar Groening, on the other hand, is currently on trial in Luneberg, Germany, accused of being an accessory to the murder of hundreds of thousands of Jews for his administrative role in the Auschwitz-Birkenau death camp.Neither of these decisions is illogical, nor should they have inspired any comparison.Yet Barak unfairly and incorrectly emphasizes Janner’s yeoman efforts during the years 1986-1991 to convince the British government to prosecute the Nazi war criminals living in the UK regardless of their age, as if it were his age which has currently spared him (seemingly unjustly) from prosecution.Barak notes Janner’s totally justified refusal to ignore Nazi war criminals because of the time that has elapsed since they committed their crimes, citing one of his more colorful quotes in that regard: “I don’t care what bloody age they are,” as if Janner himself has escaped punishment due to advanced age, which is clearly not the case.Barak then proceeds to praise Auschwitz survivor Eva Kor for forgiving Oskar Groening for his sins at Auschwitz and opposing his punishment, ignoring her harsh condemnation by 49 other Holocaust survivors who are co-plaintiffs in the trial, not to mention her previous far more outrageous apology to Auschwitz “Angel of Death” Dr. Josef Mengele.Barak then adds another very daunting obstacle to the already difficult efforts to hold Nazi war criminals accountable. Thus in his conclusion, “The final attempts to bring the last surviving Nazi war criminals to justice must...be based on whether their trial will serve a clear educational purpose, even if this means some escape trial, rather than descend into an argument over their fitness to stand trial.”Yet such a policy will automatically insure that there will never be a single additional Nazi war crimes trial.Groening, after all, is the only Holocaust perpetrator in recent years who has acknowledged atrocities which were committed where he served.If Barak’s suggestion were to be applied, however, all a suspected Nazi would have to do to avoid prosecution would be to refuse to admit that any crimes had been committed, which would have been the case anyway.Thus not only would no educational purpose thereby be served, but justice would also be denied. And as far as the decision regarding the mental and physical health of the defendant is concerned, contrary to Barak’s assertion, that question is dealt with by physicians trained to evaluate elderly defendants and is a purely medical one, which is as it should be.In short, Greville Janner is not being spared a trial on the basis of a “privilege” he denied others, but rather because of a fundamental legal principle which applies to all, including Nazi war criminals. Barak’s failure to understand this led to a totally inappropriate comparison between a dedicated Jewish leader and an indicted Holocaust perpetrator.The author is the chief Nazi-hunter of the Simon Wiesenthal Center and the director of its Israel Office and Eastern European Affairs. He worked closely with Greville Janner to pass legislation to enable the prosecution of Nazi war criminals in Great Britain.