Ending ‘Pay to Slay’ payments for the sake of peace

"The Palestinian Authority is sending a very clear message that violence and bloodshed will pay and enrich, while peace and reconciliation will not." 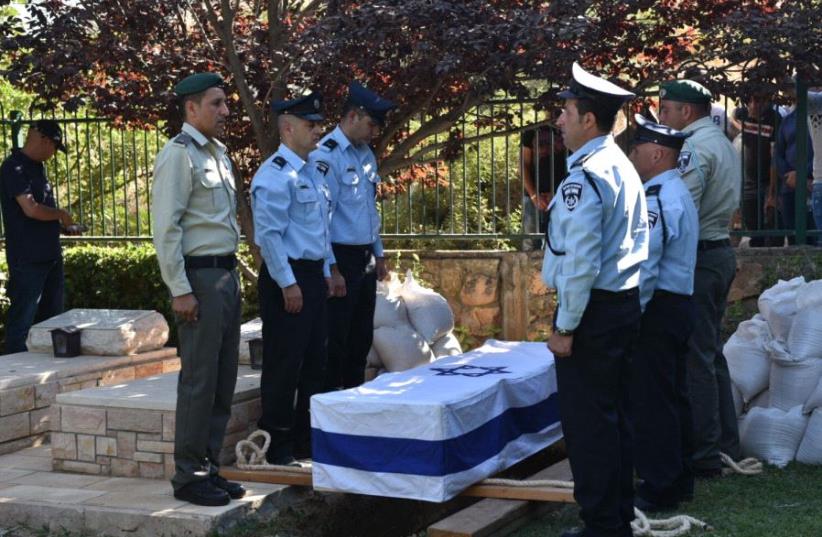 Hail Stawi, killed in a terrorist attack on the Temple Mount, is buried in the village of Maghar, July 14, 2017.
(photo credit: ISRAEL POLICE)
Advertisement
In its 2018 budget, approved by Mahmoud Abbas in March, the Palestinian Authority allocated around $360 million – approximately 7% of the budget – to two institutions that reward convicted terrorists imprisoned in Israel, released terrorists and families of terrorists: the policy that has been named “Pay to Slay”.These seemingly innocuous lines in a budget which can easily be mistaken for mundane bureaucratic budgetary issues nonetheless lie at the heart of why the Israel-Palestinian conflict has yet to find resolution.What these lines indicate, and the massive funds that stand behind them – assisted by funding from around the world including from the US and Israel – is that while the Palestinian Authority ostensibly claims to seek peace, it is actually funding and incentivizing the machinery of violent rejectionism and ongoing conflict, a conflict that has already claimed far too many lives on either side.While the Palestinian Authority and its spokesmen claim that these funds are directed to social or welfare needs, this is far from the truth. The World Bank has stated that: “The program is clearly not targeted to the poorest households. The level of resources devoted to the Fund for Martyrs and the Injured does not seem justified from a welfare or fiscal perspective.”Indeed, the funding does not go to those most in need from a socioeconomic point of view, but rather increases incrementally and macabrely by the amount of death and destruction a terrorist wreaks on Israeli citizens. Evidence on the ground clearly demonstrates that the funds are channeled to terrorists and their families. For example, the PA is expected to pay the terrorist who hacked to death three members of the Salomon family last year $3,478,000 over the course of his lifetime.Astonishingly, the amount given to Palestinian terrorists is sometimes many times what they could receive as an average employee in the Palestinian territories.Simply meaning, the Palestinian Authority is telling its people loudly and clearly that it really does pay to slay.For those who seek and are optimistic about the chances for peace, this incentivization to kill, murder and maim is a primary obstacle. It motivates Palestinians to have greater financial security by killing Israelis, egged on by their leaders, and it demonstrates to many Israelis that the Palestinians have no interest in peace and will instead continue the war against them.The Palestinian Authority is sending a very clear message that violence and bloodshed will pay and enrich, while peace and reconciliation will not.TO END this theater of the absurd, I have joined with my colleagues in the US who recently passed a legislative bill, co-sponsored in the Senate, to stop American economic aid to the Palestinian Authority until the PA changes its laws to cease paying stipends, funneled through the Palestinian Authority Martyr’s Fund, to individuals who commit acts of terrorism and to the families of deceased terrorists. The bill was given the name “The Taylor Force Act”, after the American student who was brutally stabbed to death in Tel Aviv by a Palestinian terrorist in 2016.Because Taylor Force’s killer died while committing an act of terrorism, the killer’s relatives are paid a monthly pension equal to several times the average monthly Palestinian wage.While The Taylor Force Act is a welcome bill, in Israel we had no similar mechanism. I therefore initiated a law which requires the Israeli government to deduct the amount that the Palestinian Authority pays terrorists from the taxes and tariffs Israel collects for the PA.This law has now passed through its three readings and has become law.While the deduction of funds is not in line with the terms of the 1994 Paris Protocol between Israel and the Palestinians, the payments to terrorists constitute a gross violation of it. In fact, they do the exact opposite, pushing us further from our dream of a peaceful end to the conflict. They provide the gas for the persistence of the conflict and embolden those who seek an endless war with interminable bloodshed.This law has bipartisan support from MKs from Left and Right, and from both the opposition and coalition, since it is aimed at preventing terror while also keeping peace prospects alive. Should our Palestinian neighbors genuinely seek peace in the future, the deducted funds could be rechanneled to the PA.It should therefore be stressed that this law is neither retribution nor punishment. I continue to firmly believe we should support peaceful Palestinian institutions and ensure that our Palestinian neighbors have a secure, prosperous and peaceful future where they are the masters of their own fate.We sincerely hope that this law is a very short, temporary remedy and that the $360 million is used instead on bolstering the Palestinian social and welfare system, and promoting and building democratic institutions that can serve as the foundation of a peaceful resolution between the two nations.The author is a Member of Knesset and is the author of the law which offsets salaries paid by the Palestinian Authority to terrorists from tax money collected by Israel that was passed in the Knesset on Monday.