Perspectives: A Kafkaesque remark is just a ‘reality Czech’

Within four days, the Czech government reversed its decision to remove Jerusalem as Israel's capital, but one wonders what they were thinking. 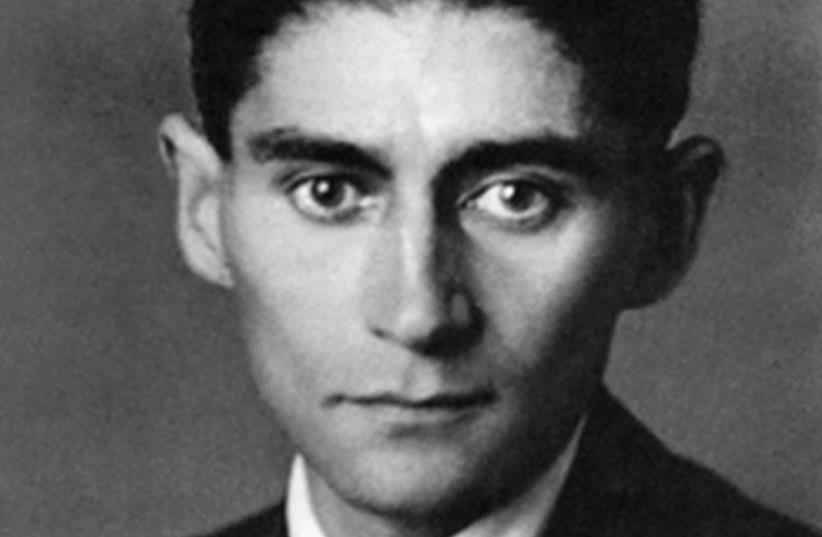 Franz Kafka
(photo credit: Wikimedia Commons)
Advertisement
In breathtakingly beautiful Prague, the insight shared most often by tour guides concerns Hitler’s never having ordered a bombing of the city, meaning to preserve it as an aesthetic shrine to the Jewish people whom he sought to extinguish. The busy guides seem to be hinting that, never having been complicit with Nazis, the Czech people boast a thriving Jewish community that enjoys welcoming Jewish tourists.My wife and I benefited from Czech hospitality just last week. Indeed an ideal destination for affiliated Jews, the city boasts a half-dozen kosher restaurants with rabbinical certification, 10 vegan eateries (with lots of patrons donning kippot) and several historic synagogues, including the iconic Altneuschul.Throngs of people course through the Jewish quarter every day to learn about one of the most influential European communities of the past millennium. A few citizens of Prague know to boast that the melody of Israel’s national anthem, “Hatikva,” was inspired by “The Moldau,” written by Czech composer Bedrich Smetena.Overwhelmed by such philosemitism, we were startled to read that spokesperson Clara Bila had just announced the Czech Education Ministry’s acquiescence to a Palestinian embassy request: the ministry would delete “Jerusalem” and insert “Tel Aviv” as capital of Israel on all geographic materials used by students in the Czech school systems. The Czech ministry’s position seemed both illogical and inconsistent with previous government policies.It seemed even Kafkaesque. Within four days, the Czech government reversed its decision, but one wonders what they were thinking.At the local museum commemorating Franz Kafka, the deliberately dim rooms are filled with quotes from the country’s most famous literary son. Indeed, the curators have captured the conflicts that preoccupied the author. “Life is mirage and reality is hallucinatory,” he entered in his 1916 diaries. Apparently, things have not changed much over the past 100 years.Ostensibly, Prague beats to the rhythm of today’s Judaism. In navigating the walking city, one repeatedly brushes up against the Hebrew language. There are signs in Hebrew. Conversations can be heard in Hebrew. In the town square, even the occasional fight breaks out in Hebrew.The Hebrew words, however, are spoken by Israeli tourists, who regularly jet off to the convenient Czech seaside getaway. In terms of permanent Jewish residents, estimates suggest there are fewer than 2,000, a number that would comprise only one percent of the Jewish population in Prague during the city’s 16th- and 17th-century Golden Age.Today, the average citizen of Prague cannot be engaged in deep conversation about either the modern State of Israel or contemporary issues facing the Jewish people. In Prague, the ancient shuls are hardly used for worship. The only viable congregation assembles in the Chabad House, which is less than 20 years old. The aforementioned restaurants cater to visitors rather than locals.The Czech Republic’s apparent Jewish revival seems more romantic than real.Nonetheless, brisk trade occurs between the two countries. Skoda automobiles, for example, are among the most popular in Israel. Moreover, the Czech government stood out in its refusal to condemn Israel after the Gaza flotilla incident and, similarly, in its decision not to comply with EU guidelines for labeling Israeli products.So how do we reconcile the initial decision of the Czech Education Ministry to assert that Jerusalem is no longer the capital of Israel? Sure, it’s the prerogative of the Czech government to situate its embassy wherever it prefers, but whence the nerve to alter the official status of Jerusalem? Even a boycott, which thankfully hasn’t happened, would be within Czech purview.But would it not appear somewhat psychotic for the Israeli government to wake up one fine morning and declare Ostrava the new capital of the Czech Republic? Strolling around Prague, I felt warm and safe in this civilized and just society. In these turbulent times, one feels certain that Czechs can be counted among the best of Israel’s friends. It is hard to imagine that the Czech government intended to cave in to Palestinian pressure and re-designate Israeli towns.How are we to understand the Czech ministry’s momentarily unexpected and paradoxical frame of mind?In retrospect, as we dine in one of Prague’s fine kosher restaurants, how are we to digest the Czech ministry’s momentarily unexpected and paradoxical frame of mind?  I think we must conclude that discrepancy serves itself as an integral course from among the menu pages of human experience. Unswerving, linear consistency hardly ever appears even as an after-dinner treat.Franz Kafka hit the mark when, promoting his book Metamorphosis, he observed that “Life is a drama of contradictions.”The author is a professor of oncology at Tel Aviv University School of Medicine and co-founder of the NGO Life’s Door.