There is a huge difference between merely making a verbal pass at someone and physically molesting them. 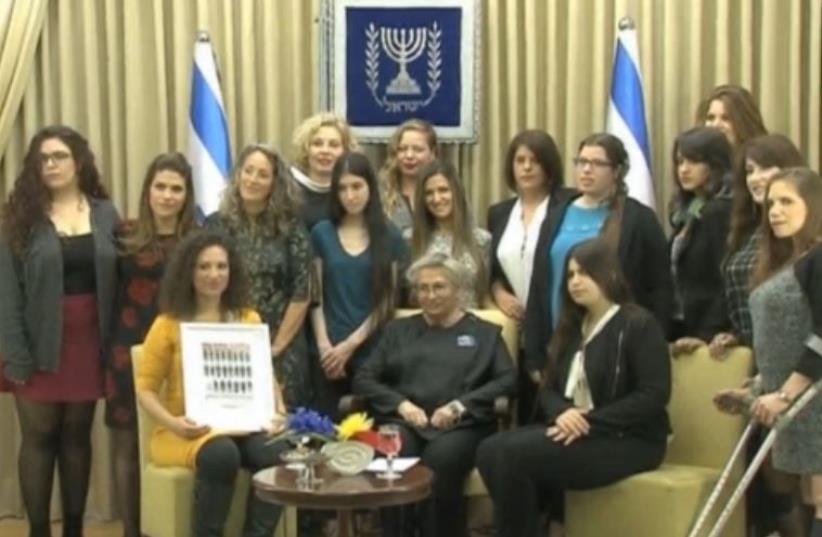 Israeli magazine profiles 22 female victims of sexual assault on International Womens’ Day
(photo credit: screenshot)
Advertisement
Most people would agree that perpetrators of sexual assault and persistent sexual harassment should be brought to justice – even if several years have elapsed since their actions. The logic behind this is that someone who has attacked or persistently harassed a particular individual has in all likelihood done the same to others who have either been afraid to come forward or have decided they don’t want to make a big deal out of it and have the media peering into their private lives.But the #MeToo global campaign is now getting out of hand, as an innocent and genuine compliment or a verbal pass without any physical follow-up are now being characterized as sexual harassment.An example is the case of Channel 10 (now 14 on the dial) news and current affairs anchor Oshrat Kotler, who has charged that Keshet President Alex Giladi invited her to dinner following a work interview, suggested that she free up the evening, and made a remark about how Hollywood actresses advance their careers. However he didn’t force himself upon her, and apparently didn’t pursue the matter, because Kotler did work for Channel 2 before she switched to Channel 10, and Keshet was one of the Channel 2 franchisees.In other words, he was testing the waters on the misappropriate premise “you can’t blame a guy for trying.”He most definitely should not have been testing the waters, given the employer/employee relationship, but to call the episode sexual harassment is over the top, and even raises the suspicion, given the timing of Kotler’s announcement – as Channel 10 faces additional competition with the demise of Channel 2 and the establishment of Channels 12 and 13 – that it was merely a publicity stunt.The Facebook post by another veteran journalist, Sylvie Keshet, alleging that former justice minister Tommy Lapid tried to rape her in her London apartment may be quite true, but Keshet, who was known for her caustic style of writing and who was seemingly fearless of people in high places, stated that what had prompted her to reveal the incident was that she heard Yesh Atid chairman Yair Lapid being referred to as “the prince,” and that rankled because it meant that he was the son of a king, and kings should know how to behave.Keshet seems to be unaware that historically, kings were no less sexual predators than common men – maybe even more so because of their power. One has to wonder why she didn’t come forward when the senior Lapid was appointed justice minister, and whether her accusation against a dead man who can longer defend himself is really aimed at him or his son.Among the many well known personalities who have been sexually assaulted, or say that they were sexually assaulted, is former longtime politician and minister Limor Livnat, who refuses to disclose the identity of her assailant because he is no longer alive. All she is prepared to say is that he was a very prominent personality.It’s also possible that she has no desire to harm his surviving family, who are not responsible for what he did. The harm inflicted on the family of assassinated minister Rehavam Ze’evi with accusations and revelations of his alleged sexual misconduct may have been a guideline for Livnat’s decision.Or it may be that she did not want to be responsible for revealing that yet another idol had feet of clay.Last week the declassification of documents related to the assassination of president John F. Kennedy included a long FBI screed about the sexual improprieties of assassinated civil rights leader and Nobel Prize laureate Martin Luther King – yet another attack on someone who is not in a position to defend themselves.For that matter, Kennedy is reputed to have had a long affair with actress Marilyn Monroe, as well as with other women who probably thought one can’t say no to the president of the United States. Just another example of “Hail to the Chief.”None of us is perfect, but we have to make distinctions in our imperfections.There is a huge difference between merely making a verbal pass at someone and physically molesting them.People moving in the same social circles, who frequently see each other, but are not friends, nonetheless often greet each other with air kisses behind both cheeks.Will this too eventually be defined as sexual harassment? It is essential to make some logically definitions relating to social interaction before too many reputations are irreversibly ruined.