Raising responsible children: The relationship between allowances and chores

The second has more to do with teaching positive family values. 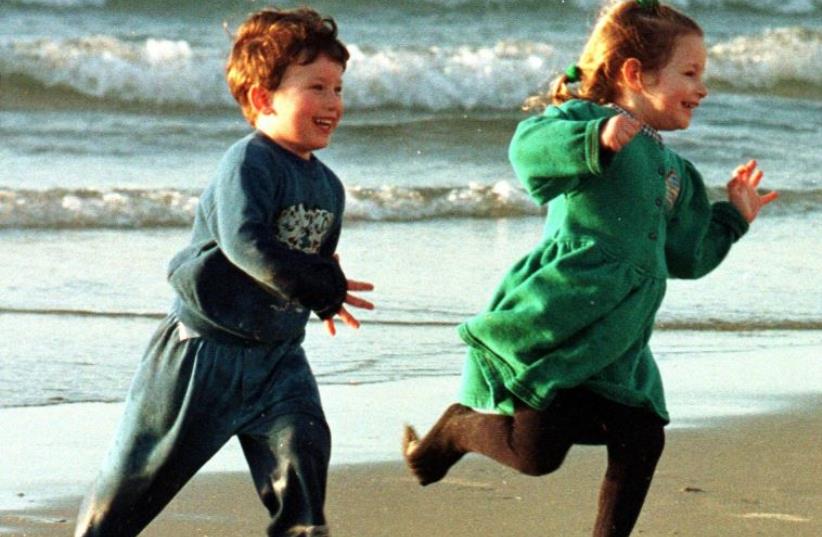 Children enjoy a sunny winter day on a Tel Aviv beach
(photo credit: REUTERS)
Advertisement
When it comes to determining allowance and chores, it might seem obvious to many parents to connect the two. If your child doesn’t do her chores, she doesn’t get her allowance. However, I think it works better to separate them. There are two main reasons for not basing allowance on whether or not your child does her chores. The first is related to teaching practical life lessons about money management.The second has more to do with teaching positive family values.The first reason for these principles is practical.One of the most important lessons about money management is differentiating between instant gratifications and saving for something more important in the future. In order for these lessons to be learned, the allowance must be both stable and predictable.Children can be offered opportunities to earn extra money if they want a more expensive item, but these extra work options should not be a regular chore. If a child refuses to do a regularly assigned chore, then use a different method of resolving it than reducing or removing allowance.I’ve heard the work/salary analogy argument; if I miss work, I won’t get paid, so the same should happen to my child if he doesn’t do his chores.While this argument might sound theoretically plausible, it causes two problems that the work analogy doesn’t cover. The first is that children learn best when there is only one issue to resolve at a time. Learning money management is difficult enough without adding rewards and punishments in the mix related to chores. Kids learn financial responsibility better by keeping it simple. There are better interventions and consequences to use that don’t include allowance.The second reason for not using punishment or rewards for doing chores is that chores are a family responsibility, not a job. Let’s investigate this further.Nearly every parent believes that children should do chores, however there are various ways to interpret what chores mean. I think it is best not to present chores as a job. When chores are presented as jobs, their importance is minimized and a chance to build family unity is lost. A better way is to present chores is to call them family responsibilities with the focus on family. Communicate clearly that your family becomes stronger when everyone does their part to make it work. Teach it as a value, disconnected from reward or punishment.Chores can begin early. My grandchildren started helping doing the dishes at age two. That’s a good age to start. Begin by “playing house.” Your child can think of a chore for you to play and you think of one for him. Do them together. At this age, quality of work is irrelevant, but gradually over the next three years introduce the concept of doing it right.Don’t expect your child to automatically know how to do a chore or how to do it correctly. They need to be taught.Once, when I was having company, I asked my son to sweep the kitchen floor. It was his first time and all he did was move the dirt from one part of the floor to another. This led to an argument with him declaring, “I’ll never sweep again.” Later, I realized that all he did is what he thought I was doing when I was sweeping. How much better it would have been to take the time to teach him the right way, rather than assuming he knew how.One way to motivate children to do their chores is to give them a choice of which chores to do.Multiply the number of children you have by three chores and present that list to your kids.Then let each child pick his chore. As children get older, keep increasing the list so there are always more chores on the list that children have to choose from. Choosing their chores promotes more responsibility.Reserve a time for your children to do their chores at the same time each day or week if possible. Regularity builds habits. If you have more than one child, have them do their chores at the same time whenever possible. It is easier to do work when others are working alongside of you. When some children are playing with the computer or watching television, it becomes difficult for a different child to do a chore.Chores are an opportunity for your children to learn that being in a family requires that every member has a responsibility to make it work.Allowance is an opportunity to learn how to manage money. It’s better to keep them separate.The writer is the author of Discipline With Dignity and the director of the graduate program in behavior disorders at David Yellin College in Jerusalem.