Comment: Red Cross was rubber-stamping genocide during Holocaust, but now we have Israel

Israelis have reasons to regard the ICRC with distrust. 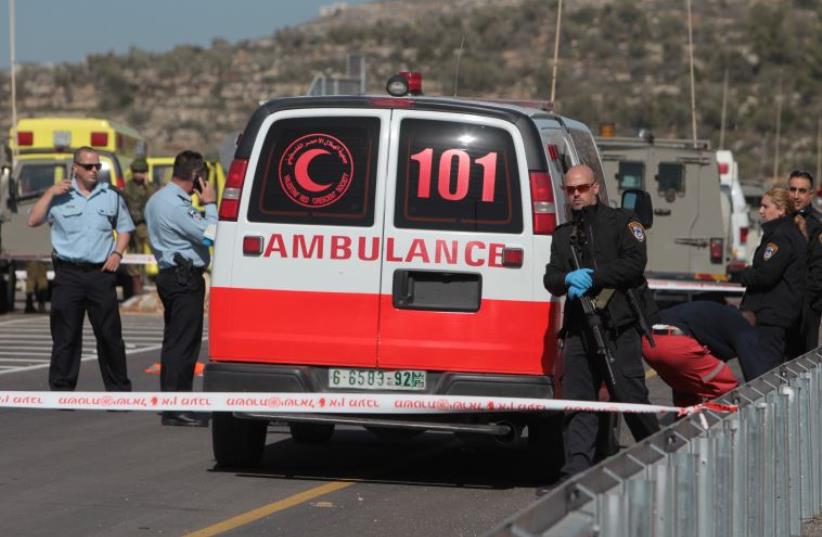 A Palestinian Red Crescent ambulance
(photo credit: ABBAS MOMANI / AFP)
Advertisement
A Red Crescent ambulance crew deserts the scene of an attack on Israelis, refusing to treat the Jewish victims of Palestinian violence. In response, the Red Cross pronounces that its affiliate acted with “impartiality” and “professionalism.”In European eyes, the Red Cross sits on top of a divine pantheon of human rights NGOs. Try refusing to give money to a Red Cross volunteer with a money box on a UK high street and see the look of hurt bewilderment in his eyes.You will feel as if you have insulted his religion.But refuse such support you should. For despite its proud image as a non-political humanitarian organization, the history of the Red Cross suggests that it is anything but, at least when it comes to Jews. The organization has had no compunction in pronouncing Israel guilty of war crimes in Gaza or an “occupation policy” over the Palestinians.Moreover, at the darkest hour of modern Jewish history, the Red Cross was busy rubber-stamping genocide.Research in the archives of the International Committee of the Red Cross (ICRC) demonstrates that it had detailed and specific knowledge of the Nazis’ intention to exterminate all Jews in the lands they controlled. This was at the end of 1942. Yet it refused to issue a formal protest or to call for states to allow Jewish emigration.When the Red Cross official on the spot in Salonica came out in support of Jewish emigration to Palestine, he was dismissed from his post.This failure to act was justified on the grounds that the ICRC had to stay above the conflict and concentrate on delivering aid. It seems to have escaped their notice that aid parcels could hardly be of help to Jews destined for the gas chambers.But it gets worse. Here is the judgement of two Red Cross officials following their inspection of the Dachau concentration camp on August 19, 1938: “Generally speaking – once allowance has been made for the fact that the very idea of a concentration camp... is an affront to a free citizen’s way of thinking – we have in all objectivity to recognize that the camp... is a model of its kind in so far as the way it is built and run is concerned.”Yes, let’s put aside that we don’t think concentration camps are a very nice idea, at least this one is well run! A similar report resulted from a Red Cross visit to Buchenwald in August 1940, this time after Kristallnacht and the massacre of Jewish prisoners at the camp.In his inspection of the Theresienstadt concentration camp in Czechoslovakia in June 1944, another Red Cross official failed to question the discrepancy between two different figures for the population of the camp. The discrepancy related to 30,000 people said to have been deported to Auschwitz.He accepted, moreover, the fiction that the camp was a final destination rather than a transit camp. Danish envoys on the same inspection visit were more incredulous, noticing that a quarter of the people they were looking for were... missing.There’s more. The Red Cross acquiesced in the German demand that queries about the missing in occupied lands specify the racial origin of the person sought. It even managed to appoint as an envoy a doctor implicated in medical experimentation on concentration camp prisoners.A core issue was that the ICRC felt unable to act on behalf of persons deemed stateless or stripped of their nationality. This circumstance is ruled out today for Jews by the existence of the State of Israel. Lucky for the Palestinians that the ICRC has far fewer inhibitions about its political neutrality regarding Israel than it did for Nazi Germany.Israelis have other reasons to regard the ICRC with distrust.For decades the Red Cross refused recognition of the Magen David alongside the Red Cross and Red Crescent as internationally recognized symbols according protection to medical personnel and humanitarian relief transports.The Red Crescent received this recognition in 1929. When, in 2005, it was agreed that a third, “neutral” protective symbol be adopted, it was... the Red Crystal.So perhaps the decision of a Red Crescent ambulance crew to drive away is less of an anachronism than it might at first appear, warranting less an angry protest from the Foreign Ministry and more a sigh of weary recognition. During the 1930s and 1940s, the Red Cross did just the same: it fled the scene. Then, as now, it did so in the name of “impartiality.”But this time we have Israel.The author is a politics teacher and writer who made aliya from the UK in 2015. He is writing a book on the Israel-Palestine conflict and the Left.