The cost of war

The story centers on one joint US-UK military drone strike directed against Islamic militants in Kenya preparing to carry out an imminent suicide bombing. 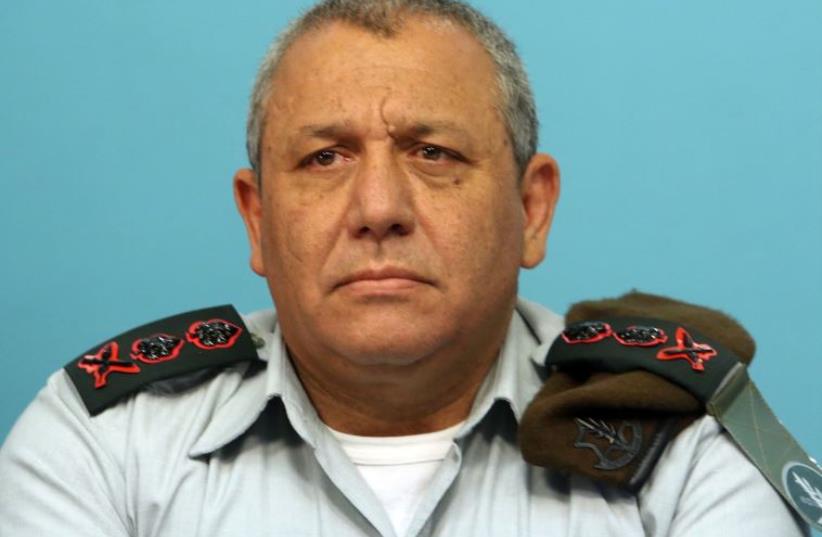 IDF chief of staff Lt.-Gen. Gadi Eisenkot
(photo credit: MARC ISRAEL SELLEM/THE JERUSALEM POST)
Advertisement
The new film Eye in the Sky has several elements that make it well worth seeing, including the final performance by the great British actor Alan Rickman, who died in January at age 69. Though best known for sneering heavies such as Severus Snape in the Harry Potter films, Rickman’s eccentric presence was always welcome on-screen, no matter how villainous the role he played.His off-screen charm and intelligence were evident when he attended the 1998 Jerusalem Film Festival to present his film The Winter Guest. Clearly, though, his attitude toward Israel was ambivalent; a decade ago Rickman co-authored and directed a controversial play lauding Rachel Corrie, the pro-Palestinian activist run over by an Israeli bulldozer in Gaza in 2003.Whatever Rickman’s personal politics were, that shouldn’t dissuade Israelis from seeing Eye in the Sky, a surprisingly complex and tough-minded movie about the ethical dilemmas involved in fighting terrorists entrenched in a civilian population.The story centers on one joint US-UK military drone strike directed against Islamic militants in Kenya preparing to carry out an imminent suicide bombing.The operation becomes thorny when a young girl wanders into the drone’s kill-zone, almost certainly becoming a collateral damage fatality if the mission is carried out. Eye in the Sky evenhandedly depicts how various military personnel and political officials wrestle with the legal and moral quandaries posed by the situation, and struggle to either do the right thing, or at least make the thing they do appear in the right.The movie doesn’t stint in depicting the potential costs involved in carrying out a targeted killing against terrorists in an urban area – both for innocent bystanders caught in the crossfire and for those who sometimes have minutes, or even seconds, to make near-impossible decisions weighing one potential tragedy against another.These are, of course, situations all too familiar to us in Israel. What is most impressive about Eye in the Sky is its recognition that there are often no easy choices in this kind of warfare.The moviemakers refuses to traffic in the kind of cheap condemnation or moral posturing that too frequently passes for genuine moral consideration by those who usually don’t have to live with the direct consequences of inaction against a terrorist threat.Although the film opens with a citation of the oft-quoted comment that the first casualty of war is truth, a more apt reference would have been to the proverbial “fog of war” that often renders pure clarity wellneigh impossible in the heat of battle. I would love to see a movie like Eye in the Sky depict a similar scenario involving Israel’s struggle to contain rocket fire from the Gaza Strip; alas, Hollywood filmmakers are surely going to be more comfortable in depicting American and British officials sincerely wrestling with these ethical challenges, than extending a similar understanding to Israelis facing the same problems.Then again, it’s not only some in the outside world who occasionally rush to judgment in an eagerness to make easy pronouncements about battlefield situations that deserve more considered examination.Take for example the current controversy swirling about the shooting of a subdued Palestinian assailant in Hebron by an Israeli soldier.Organizations, officials and pundits on the Israeli Left didn’t hesitate to draw immediate conclusions about the incident even before it was properly investigated, or to declare they were ready to discount the results of the official inquiries no matter what the findings.Their counterparts on the Israeli Right were equally hasty in declaring the soldier’s innocence and condemning the security and judicial establishments for daring to carry out a proper examination of the shooting.As a former soldier who served in the West Bank and Gaza, I’m all too aware of the burdens and dangers faced there by our young men and women in uniform. They deserve our boundless support, sympathy and respect, and should never become a generalized object of derision and condemnation.Yet a democratic nation that cannot effectively police its own armed forces will end up not only eroding the essential discipline needed for military effectiveness, but also the ethical foundations and rule of law of its entire society.One need not be a supporter of the present government to recognize and appreciate that in this particular case, it has thus far acted prudently and responsibly. This is especially so as regards Defense Minister Moshe Ya’alon and IDF Chief of Staff Gadi Eisenkot, targets of wholly unjustified attacks from both sides of the political spectrum.Eisenkot’s and Ya’alon’s long and laudatory military service makes them far more qualified to comment on this matter than the majority of their critics, and their insistence that in this case due process be allowed to take its course is admirable.If they find themselves in need of some small diversionary relief from the current situation, I’d heartily recommend a night out at the movies with Eye in the Sky.These veteran soldiers will likely identify most with the character played so well by Alan Rickman, the British general overseeing the drone strike who finds himself tasked with carrying out his duty amid the constant dithering and second-guessing of his civilian political peers.At the movie’s end, with the mission completed at a heavy but necessary cost, a self-righteous British politico accuses the general of failing to comprehend the full consequences of military actions taken in Nairobi based on orders issued from the comfort of a London conference room thousands of miles distant. Rickman’s officer replies that after having personally been on the scene of five suicide bombings, he certainly does know from first-hand the results when the required preventive measures are not taken to stop terrorist attacks.“Never tell a soldier he doesn’t know the cost of war,” Rickman responds in his unforgettable sibilant purr. These days, that’s one movie quote worth remembering.The writer is the former Israel bureau chief of Bloomberg News and a former managing editor of ‘The Jerusalem Post.’