The Jewish life cycle – where is Tu Bishvat!?

Like all “new years” it is a time of potential, renewal and rebirth for nature, ourselves and our people. 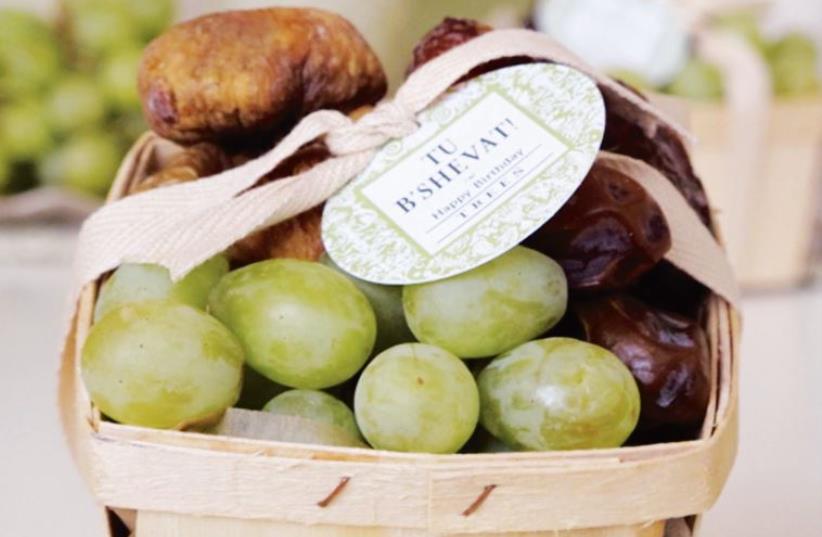 Tu Bishvat in Chana’s Art Room
(photo credit: CHANA’S ART ROOM)
Advertisement
As the Frank Loesser song says: “Baby it’s cold outside.” During these wintery days, most of us are thinking about how to stay warm and some, myself included, about how to stay in bed.But for our sages, this period was about the end of the dormancy of winter and the stirring of new life. It is not visible yet, but the trees know, and apparently so did our ancestors.In fact, they declared Tu Bishvat (15th of Shvat) the New Year of the Tree. Like all “new years” it is a time of potential, renewal and rebirth for nature, ourselves and our people. Indeed, this day, as much as Shabbat Across America and other such initiatives, has enormous potential to bring the Jewish people together and should be invested in with the full force of our community.The significance and potential of the day sat dormant for millennia, recognized and honored as one of the days upon which we are not supposed to mourn and not much else. Then, a few incredibly special, gifted and sensitive people came together 500 years ago on a little mountain-top city in northern Israel named Safed. The same people who brought us Kabbalat Shabbat now created an “order” or seder for celebrating our connection to nature, the lessons it shares with us and striving for a more mindful and sensitive life.Rabbi Issac Luria (Ha’Ari) teaches the “tree” in the mishna, discussing the new year, is referring not just to a physical tree “the Great Tree” whose spiritual roots connect all of creation.The Shem Mishmuel teaches: “As I see, the tree is the one that connects the fruit to the land. [I]t contains the power of connection... And from the tree’s physical feature, we can learn about its spiritual essence.Because of this essence, the human is likened to the tree, as it is mentioned in the Torah: ‘A human is the tree of the field’ (Dvarim 20:19). The inner human trait is to link the spiritual and the physical; because humans have both the soul from the spiritual worlds, and the body, the soul’s vessel, from the physical.”Ha’Ari, R. Cordovera, R. Yosef Caro and R. Shlomo Alkabetz drew from Torah, Talmud, Midrashim and Psalms sources filled with references to the fruits of Israel, and created this celebration to encourage all of us to grow personally and as a community. Wheat and barley teach us consciousness and tikkun olam; olives process, challenge and continuity; dates sustainability and inclusiveness; grapes and wine community, diversity and openness; and many more.This deep relationship was awakened once again by the Zionist movement. Reconnecting with the Land was not just a political necessity it was part of the healing of the Jewish soul, building a better Jew, forming a better community and making a better world. The poetess Rachel Bluwstein put this to song when she wrote: “I haven’t sung to you, my country.I have not glorified your name with great heroic deeds, or loot from the battlefield.My hands have simply planted a tree on Jordan’s calm shores.My feet have simply formed a path through the fields....Only the thrilling cry of joy, on the day the light will break through, Only my secret tears for you, for your present misery.”The fixing of Zion was the fixing of herself, and the struggles to that end would bring the light that will break through the darkness.How much meaning is in this holiday today, when we are in a dark time. How needed is the celebration of Tu Bishvat among our people, here in the Land of Israel and around the world.The sages of Safed knew the potential power of this “New Year” and the need for all of us to celebrate the connections. Here at Livnot U’Lehibanot, based in Safed for over 35 years, we incorporate Tu Bishvat and the celebration of nature into every program. At this time, I call on all of us to tap into the power of this holiday and bring our light to the world. Gather with family and friends, in homes and schools, synagogues and work; grab a fig, a date, and a glass of wine, and focus on getting the sap flowing that will produce your fruits this year. Up your mindfulness and sensitivity and learn from our roots.A Tu Bishvat Companion was published last year for Israel program participants, friends and visitors to take a piece of Safed and Israel home with them.In my view, and as once stated by Prof. Alon Tal at a Birthright Israel trip organizers’ gathering, Tu Bishvat encompasses the elements which are essential to every Israel experience: Jewish environmental roots, meeting with texts, learning meaning from the world around us, spirituality grounded in this world and, of course, song.Livnot facilitated over 100 seders worldwide in 2015.This year, with the participation of our alumni, partnering with Hazon and finding support in Kevah, several Jewish Federations, Hillel’s, Moishe Houses, the OU, RRC and other organizations we are campaigning for 1,000 seders.But this should be something that Birthright Israel, Hillel International and JCCs, to name a few of the big players across North America and beyond, take on.The connection to Israel, Judaism and each other is there for us to pick, right off the Tree.Livnot U’Lehibanot, a Jewish Identity program, opened its doors in 1980. It provides intense Israel/Jewish experiences to thousands of participants.