The Postman Knocks Twice: How the Conservative Movement missed the boat 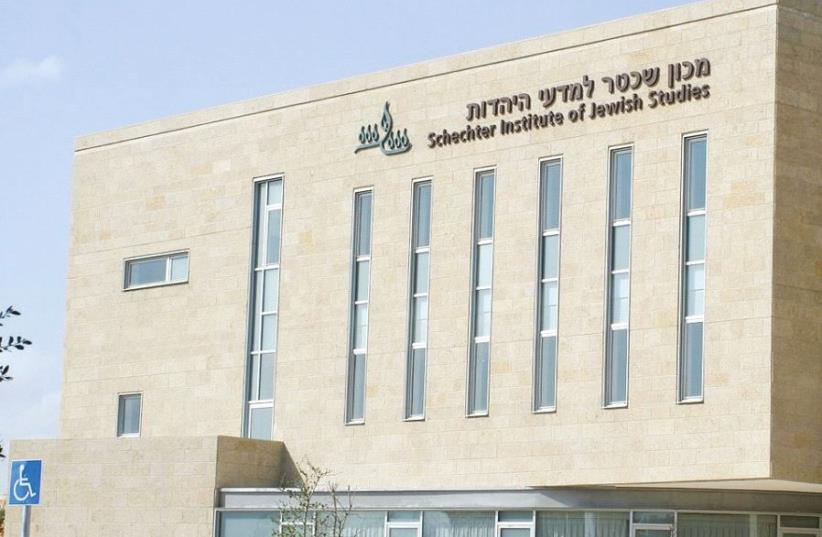 The Schechter Institute of Jewish Studies in Jerusalem
(photo credit: WIKIPEDIA)
Advertisement
Euphoria swept over Israel and Jewish communities across the world following the unbelievable victory in the Six Day War of June 1967. Before the war broke out, Egyptian president Gamal Abdel Nasser closed the Straits of Tiran to Israeli and Israel-bound shipping and threatened to destroy Israel.Syria and Egypt were linked into a hybrid identity called the United Arab Republic. Egyptian Russian-supplied heavy tanks backed by tens of thousands of soldiers moved close to the Israeli border, poised for attack. The Egyptian Air Force stood prepared for a preemptive attack that could have inflicted thousands of civilian casualties.The Syrians followed suit.The international community, which had promised that free navigation would prevail to and from Israel, sat on its hands. The UN force in Egypt crept away.Then, at first light on June 5, Israel unleashed its own preemptive attack, first by the air force and then tanks, and within hours the Egyptians were routed out of Sinai. The Jordanians, sucked into the whirlpool of war by Nasser, were pushed out of the West Bank, and the Golan Heights were conquered. From deep fear and despair, Israel and Diaspora Jews were in a state of historic elation.The Western Wall had been restored to the Jewish people. Three modern armies and air forces had been crushed.In that state of euphoria, an Israeli on leave from the Prime Minister’s Office met with Prof. Rabbi Louis Finkelstein, chancellor of the Jewish Theological Seminary. That Israeli presented Finkelstein with a plan for establishing a Conservative educational foothold in Israel.It consisted of three phases. Jerusalem mayor Teddy Kollek had already agreed to make the Ivy Judah Center behind Mount Herzl in Jerusalem available as a Conservative educational center.Around the central buildings, in the course of a year, temporary and then permanent classrooms and living quarters would be built. Dozens of American Jewish teachers and their families would live and teach there, and eventually hundreds of Israeli students, Jerusalemites and others, who would live in the dorms.Next, the recruitment and preparatory briefings would begin throughout North America, and finally, the Jewish Agency Aliya Department would charter a ship for these teachers and their families. The 10-day trip would be packed with in-depth preparation by Israeli educators for the prospective teachers; American veteran olim would prepare them for life in Israel and Israeli teachers and babysitters would teach Hebrew and take care of the children.Such an educational center, the Israeli said, would raise up hundreds of graduates in the coming years who would enter the army and universities with a Jewishness that was not the “all or nothing” choice society presented here 50 years before. A generation steeped in Jewishness and openness would spread its influence, while the village itself would be a living example of halachic dynamics.That Israeli had the moral backing of the Prime Minister’s Office, the Jewish Agency and the mayor of Jerusalem.He would present the full plan to prime minister Levi Eshkol and Jewish Agency chairman Louis Pincus once there was a green light from the chancellor.Prof. Finkelstein, a kindly and capable leader and a great scholar, had one major failing in the eyes of many seminary figures and Israeli representatives.He was not a Zionist at heart. His Jewishness was not at all that of the Jewish peoplehood propounded by Mordecai Kaplan, the founder of Reconstructionism, or the natural Jewish peoplehood that Abraham Joshua Heschel represented.In the ominous run-up to the Six Day War, Heschel had enlisted Martin Luther King to speak out on behalf of Israel. Finkelstein, on the Wednesday preceding the war, had shrugged off the senior Israeli who asked for a public declaration of support for reopening the Straits of Tiran: “Oh, don’t worry, the United States has always been in favor of the freedom of navigation.”Well, that was before the war, now, afterward, in all midst of all that euphoria, would Finkelstein move to establish an educational center which would put the Conservative movement on the map in Israel? The Israeli presented the plan to Finkelstein, who thought for a moment and then with a disarming smile and squeaky voice said, “Oh, you should speak to Wolfe. He’s the Zionist around here.” He was referring to Rabbi Wolfe Kellman, then the key mover in the Rabbinical Assembly.The Israeli swallowed his anger and disappointment, stood up, bade his farewells and walked away.The chancellor missed the boat. Maybe the Jewish people and Israel missed the boat, too. Who knows? And yes, that Israeli was me.

■ Avraham Avi-hai has filled many public positions in Israel governments and in the Jewish Agency Executive. 2avrahams@ gmail.com