The Tylenol Crisis could teach us about crises management

Every crisis contains a hidden opportunity. 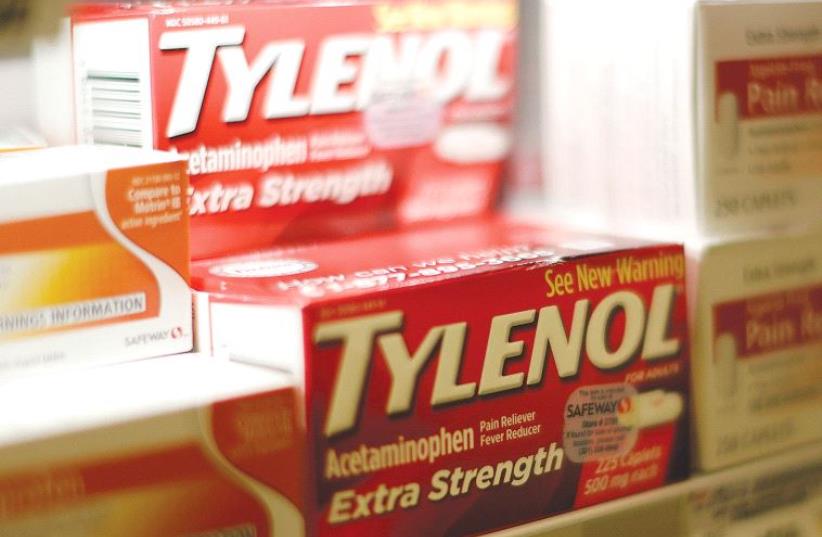 TYLENOL FOR sale on a shelf in Maryland.
(photo credit: REUTERS)
Advertisement
For the past week the Israeli press has been overflowing with accounts of dangerous bacteria being detected in the production facilities of major food companies: first in Unilever/Telma breakfast cereal plants, and upon the heels of that case, those of the Hanasich tehina production company that supplied salad products to various companies and outlets.Regardless of whether or not criminal negligence can be proven, these cases were characterized by reticence to take responsibility, assumptions on the part of the producers that damage was minimal and would pass, the release of conflicting announcements, withholding (or covering up) critical information, and when matters were discovered, a focus on damage control and media tactics, together with (as I can establish at the time of writing) a failure to adopt a comprehensive strategic plan which would include rectification and rehabilitation.The successful way in which in which Johnson and Johnson managed the 1982 Tylenol medicine tampering crisis can offer valuable lessons for us today. That tragic incident, which claimed the lives of seven innocent victims, caused nation-wide panic and prompted PR experts to doubt whether J&J would ever be able to overcome the setback. The company’s response has been studied as a model of successful crisis management. It stands in sharp contrast to the way the current Israeli food crises were handled, and its successful outcome may provide a road map for the handling of future crises and a way for rehabilitating some of the brands sullied in the current crisis.In the fall of 1982 an assassin in the Chicago area introduced massive doses of cyanide into a number of Extra-Strength Tylenol bottles, several in Chicago-area pharmacies. The random poisonings killed seven individuals (including two family members of an initial victim, who consumed the lethal capsules at the home of the victim). Once the connection was made to Tylenol, pandemonium broke loose.Though the J&J subsidiary that manufactured Tylenol (McNeil Consumer products) presented clear evidence that the tampering could not have taken place at its plant and was the work of someone operating in the Chicago region (the tainted medicines were manufactured in different factories and the poison was found in different batches, and only in pharmacies in the Chicago area, which suggested post-production tampering), J&J placed the safety and well-being of the public as its highest priority. True to the company credo that emphasized primary responsibility to those who used its products, James E. Burke, chairman of J&J’s board of directors, adopted a strategy of total transparency and a pro-active policy to protect the health and safety of Tylenol users, regardless of the cost involved.The company claimed full responsibility and, in a first stage, immediately warned the public not to consume any form of Tylenol and ceased production of Tylenol capsules. The company cooperated fully with police, health authorities and the media, and took a proactive stance. Burke gave high-profile media interviews, the company ran ads warning about the danger and established a hotline to dispense information.Despite evidence that only a small number of pharmacies in the Chicago area may have been at risk, Burke decided (against the opinions of his economic advisers, the FDA and FBI) to recall all Tylenol capsules nationwide – a total of 31 million bottles, at an expense of over a hundred million dollars. A company advertising campaign offered to replace all capsules with untainted Tylenol “tablets” at a sizable discount (at further expense of several million dollars). These actions caused customers and the media to view J&J as a company that could be trusted.Parallel to these damage control efforts a crisis management team at the production subsidiary sprung into action and began drafting a longer-term strategic rehabilitation plan for “the days after.” Company spokespersons communicated with the workers to explain to them exactly what had taken place and assure them of the company’s faith in their professionalism and dedication.These employees, in turn, served as sources of information for their immediate family, their neighbors and the medical community.Every crisis contains a hidden opportunity. The crisis management team in the Tylenol Crisis immediately studied the lessons learned and drafted a longer-term rehabilitation plan. Though there were those who questioned whether the Tylenol brand name should be used in future pain-relief products, Burke judged that the brand equity was sufficiently strong to overcome this setback.Within a month the company producers devised a unique, foolproof non-tamper bottle for which it alone held the patent, and redistributed Tylenol “caplets” in this new package at a discount.The launch was featured at a press conference and fully supported by a pro-active media and PR plan directed at all stakeholders, workers, the public and the medical community. The result is history. The company’s good name was not only preserved but sales increased. Tylenol remains today a household word, and the company’s safety measures became the standard for the drug industry.What lessons can the Tylenol crisis teach the companies involved? Crisis planning should take place before a crisis erupts. Though the exact nature of an individual crisis may not be divined beforehand, the general lines such crises may take are evident and can be planned for. When one does break out, take full responsibility. Demonstrate by word and deed remorse, concern and compassion for your customers’ health and well-being. Cooperate fully with all health and government authorities. Adopt concrete measures to rectify all shortcomings. Communicate these changes actively and transparently, in an unwavering, unified message. Communicate with your workers and involve them in your PR efforts. Undertake immediately a long-term strategic rehabilitation plan that will feature safe, quality products at substantial savings.Following the measures Johnson and Johnson adopted 34 years ago may enable the companies involved in the present crises to surmount (or at least mitigate) their difficulties and reestablish credibility among consumers.The author is a lecturer in the School of Media Studies at the College of Management Academic Studies (COMAS) in Rishon Lezion.