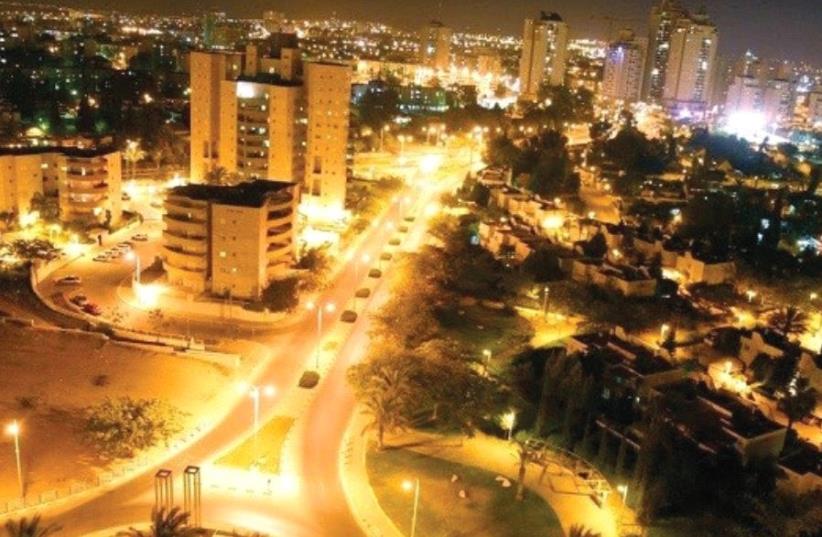 Beersheba
(photo credit: BEERSHEBA MUNICIPALITY)
Advertisement
Masked men drive recklessly down a main highway, firing automatic weapons in the air. This is not a scene from an action film, or an Islamic State production, rather live footage from southern Israel.Statistics on crime in 25 of the biggest cities in Israel reveal that Beersheba is in fourth place on the list of the least safe cities. In Beersheba, 52 crimes occur per 1,000 citizens – more than a 4% rise in two years. This while in half the cities that were observed saw a decline in criminal incidents.Unsurprisingly, the city that has experienced the greatest negative decline is the Beduin city of Rahat. In only two years the crime rate in Rahat has risen by 18%. This is incomprehensible; the majority of crime in the Beduin community is not even reported.There is already an existing severe crisis of confidence between the Israeli government and the Beduin community. An average of 50% of Beduin land is not acknowledged or recognized by the Israeli government. The unemployment rate is also at a 30% among Beduin. In short, the mess in spreading in all directions.There are two important actors that have a great impact on security and on Israeli public opinion: the media and the police.Regarding the media, remember the “Wedding of hatred”? The Jewish wedding where teenagers where seen dancing and celebrating with rifles and knives? The media rejoiced for days after this. Arrest orders and indictments followed immediately afterwards.At the infamous wedding there were no shots fired, nor was anyone’s life endangered (which does not give legitimacy to the actions themselves).In contrast, what is the reaction to Beduin crime? Utter silence, as it if it did not exist. For how much longer will the media endanger innocent lives?The lives of over a million citizens are in immediate danger, and the media prefers to focus on other topics.Let’s move on to the next suspect and dilemma – the police. Where are the police in all of this?According to the latest reports, the Israel Police has invested tens of millions of shekels in the investigations into the prime minister. How much has been invested in the eradication of crime in the south?Again, the problem is the country’s law enforcement, like the media, acting based on its own agenda, and not purely for the benefit of the community.To Insp.-Gen. Roni Alsheikh: before it is too late, and before your term in office is over, you must focus your resources on the south. Yes, this may be less popular, interesting and gratifying for the police. However, we have reached the point where to do otherwise may lead to mass murder on the streets.If you act now, with firmness and efficiency, your legacy will be assured. You hold the power to solve this very difficult issue.The author is a resident of Beersheba, studies government at Ben-Gurion University of the Negev, where he also serves as the Israelim director.Translated by Yehuda Shilat.