Dialogue requires pro-Israel voices to be heard, not mitigated.

Palestinian militants of the Popular Front for the Liberation of Palestine (PFLP) burn representations of an Israeli flag and a US flag during a protest against Trump's decision to recognize Jerusalem as the capital of Israel, in Gaza City December 7, 2017.
(photo credit: REUTERS/MOHAMMED SALEM)
Advertisement

“Multilateralism," boasts the Belgian Foreign Ministry repeatedly on its social media platforms, “is part of our DNA”.

Multilateralism is usually understood to be collaboration between three or more parties, especially national governments, to achieve a common goal.

Research by NGO Monitor has revealed that the Belgian Foreign Ministry, through its Directorate-General for Development Cooperation (DGD), provides millions of Euros to NGOs that propagate anti-Israel narratives, disseminate lawfare, promote discriminatory BDS campaigns and demonize the Jewish state. 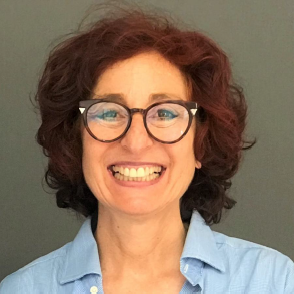 One of the published objectives of this public funding is, in the wording of a cooperation agreement with several NGOs, “to mitigate the influence of pro-Israel voices," presumably such as ours. Any self-respecting democracy would consider this to be a serious misappropriation of public funds. But not Belgium, where bizarre ideological prejudices of senior civil servants in the Foreign Ministry continue to confound honourable diplomatic behavior.

A notorious example of this involved Foreign Ministry Director General for Multilateralism, Axel Kenes. Last year he invited Brad Parker, a senior advisor at Defence for Children International-Palestine (DCI-P), to address the UN Security Council, which Belgium chaired at that time.

DCI-P receives public funding via its Belgian partner NGO Broederlijk Delen. Many employees and board members of DCI-P have demonstrable ties to the Popular Front for the Liberation of Palestine (PFLP), responsible for the murders of Jews in Israel and abroad. Israel’s Defense Ministry accordingly designated DCI-P itself as a terrorist organization in October. Should the Belgian state fund Broederlijk Delen and other NGOs such as Oxfam Solidarité, Viva Salud and SolSoc that are so closely associated with terrorism?

That question was put in the Belgian federal parliament to the present minister at DGD, Meryame Kitir. She promised an enquiry. Concerned MPs said it must be both independent and transparent. It turned out to be neither. Kitir simply declared that having investigated it, there was no case to answer.

Is this fight (killing civilians through terrorist acts) the “duty” of any democratic  government?

Since 2016, the were many publicly available publications on the connections between 13 European government-funded NGOs and the PFLP terror group. In 2014-2021, European governments and the European Union donated more than €200 million to Palestinian NGOS with senior officials were linked to the PFLP, some of whom were involved in the murder of Israeli teenager Rina Schnerb in a 2019 terror attack.

In the past Belgium’s diplomatic policy was characterised by prudent equidistance. By this is meant a careful approach aimed at signalling neutrality in complex matters. The so-called Israeli-Palestinian conflict is such a complex matter. Equidistance has apparently been consciously replaced in Belgium with a simplistic narrative of good versus evil. This Manichean worldview romanticises anything Palestinian whilst demonising everything Israeli.

It leads to absurd and disproportionate condemnation of Israel whilst whitewashing complicit murderous Palestinian NGOs. We see this absurdity in the United Nations, whose condemnations of Israel since 2015 amounts to an unrivalled 211, compared to a mere 16 against Iran, and zero against Saudi Arabia.

Belgian politicians operate in an intricate world of coalition mechanics where transparency and accountability are minimal at best, and consequences for their actions barely exist. They must nevertheless now ensure that there is no semblance of misfeasance whereby, driven by a perverse reinterpretation of multilateralism, politically biased NGOs linked to terrorist organizations committed to Israel’s demise receive state funding to “continue the fight” against Israel. Such prejudice should never be part of any decent democracy’s DNA.

The duplicitous, false narrative perpetrated by the pernicious BDS campaign has been too eagerly accepted by states and international bodies harbouring deep-rooted antisemitism. No other cause unites disparate factions more than Jew-hatred, whose latest iteration is hatred of the Jewish state, dressed up in the woke language of human rights. If they really did care about human rights, the UN and EU would encourage dialogue between Israelis and Palestinians of goodwill, not demonisation.

Dialogue requires pro-Israel voices to be heard, not mitigated.

Patricia Teitelbaum is president of Belgian Friends of Israel, a Brussels-based NGO that is pro-Israel, pro-Palestinian and pro-Peace. This op-ed is published in partnership with a coalition of organizations that fight antisemitism across the world. Read the previous article by Adam Milstein.