The Israel Tax Authority has just issued a comprehensive new tax ruling for anyone making relocation, but only if the relocation is to one of the 56 countries that has a tax treaty with Israel. 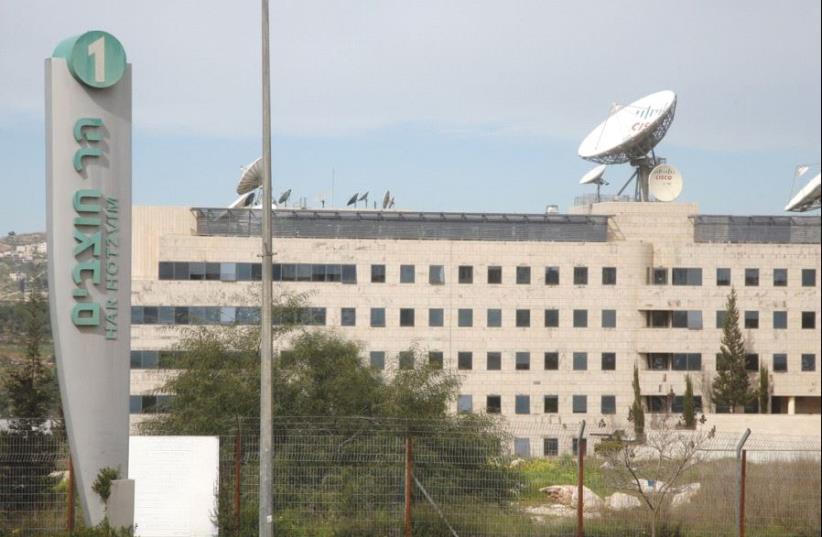 JERUSALEM’S HAR HOTZVIM is home to many hi-tech companies.
(photo credit: MARC ISRAEL SELLEM/THE JERUSALEM POST)
Advertisement
Israelis in hi-tech and other industries are often relocated to work abroad. At what time do they become foreign residents? For many years this was a mystery. The Israeli tax law says that dropping Israeli fiscal residency takes at least four tax years – two years in Israel under 183 days per year, followed by two more years with your center of living abroad. But what do you do before those four years have passed? Report to the Israel Tax Authority? Wait and see? To deal with this dilemma, the Israel Tax Authority (ITA) has just issued a comprehensive new tax ruling to a large unnamed Israeli company and its employees. This lays down fairly strict rules for anyone making relocation, but only if the relocation is to one of the 56 countries that has a tax treaty with Israel, including the US, UK, Canada, China (not Hong Kong) Singapore and South Korea.The circular is long-winded, but here are some brief highlights: Basic rule: Foreign salary and related benefits earned by an eligible overseas employee is not subject to tax or withholding tax in Israel so long as the salary is paid when the employee is a foreign resident, after the employee makes a “clean break” (nituk) from Israel. Before then, Israeli tax is due.Clean break: A clean break from Israeli fiscal residency is defined at length for the purposes of the circular.The basic precondition is that the employee lives in the other treaty country at least three years, and his family lives there with him for at least 30 months.If the employee does not retain a permanent home (see below) in Israel, the clean break begins after the latest of: the employee leaving Israel; his family leaving Israel, his spouse and children under 18 leaving Israel; commencement of residency in the other country for tax-treaty purposes as confirmed by the other country concerned, provided tax returns are filed there if required; six months after living in a home in the treaty country.If the employee does retain a permanent home in Israel, in addition to the above, the clean break cannot begin until all the family has been away from Israel 12 months.Exceptions to the above may be requested from the ITA International Division.Return trips to Israel: The circular prescribes that the overseas employee may visit Israel no more than 74 days each year except for the first and last years of relocation (it actually says “less than 75 days”). And his family members may visit Israel no more than 84 days each year except for the first and last years. These rules are considered controversial by many. Exceptions may be requested from the ITA International Division.Permanent home: A “permanent home” is defined as a residential home legally and practically available to the overseas employee for the needs of him and his family, but not temporary accommodation such as a hotel or vacation home.Other conditions: The circular prescribes many other conditions. Children aged four-18 must be educated (it is not clear why the ITA takes this upon itself). The employee must obtain certificates of fiscal residency from the tax authority of the other treaty country in the first and last years of relocation and attach them to an annual Israeli tax return.In the intervening years, the employee need only attach his own declaration to his Israeli tax return that there has been no material change in the facts.The Israeli employer must police all this by signing the employee on special forms in the circular confirming all this. If the employee moves on to another treaty country, he must obtain a similar residency confirmation from the new treaty country’s tax authority. The employee must file tax returns abroad if required; if not, tax must be withheld from his salary (this may be a problem in some countries).Returning to live in Israel: The “return date” triggers a resumption of Israeli tax. The “return date” is the earlier of the dates that the employee, the spouse or any children under 18 “return in practice” to Israel, i.e. do not meet the conditions summarized above. The following do not count: military service and secondary or higher education. Other national service is not mentioned.Also not mentioned is the possibility of a 10-year tax holiday for foreign income and gains if the employee relocates abroad for 10 years and thereby becomes a “senior returning resident.” Exceptions may be requested from the ITA International Division.Comments: The circular adopts a conservative approach; some think it goes beyond what the Knesset legislated. The 74- and 84-day limits on trips to Israel are not popular and not reflective of the law. And the discretion that the ITA grants itself to consider exceptions raises eyebrows.The circular only applies to relocation to treaty countries, not the rest of the world.If the other country disagrees, double taxation may ensue. It is possible to have the tax authorities of the countries concerned review the case together. But this takes time, and there is no guarantee they will agree.As always, consult experienced tax advisers in each country at an early stage in specific cases. [email protected] The writer is a certified public accountant and tax specialist at Harris Consulting & Tax Ltd.