Abbas adviser: Western Wall can only remain under Muslim sovereignty

The adviser's comments came approximately a week after Jabril Rajoub, a senior Fatah official, told Israel’s Channel 2 that the wall ought to remain under Jewish sovereignty. 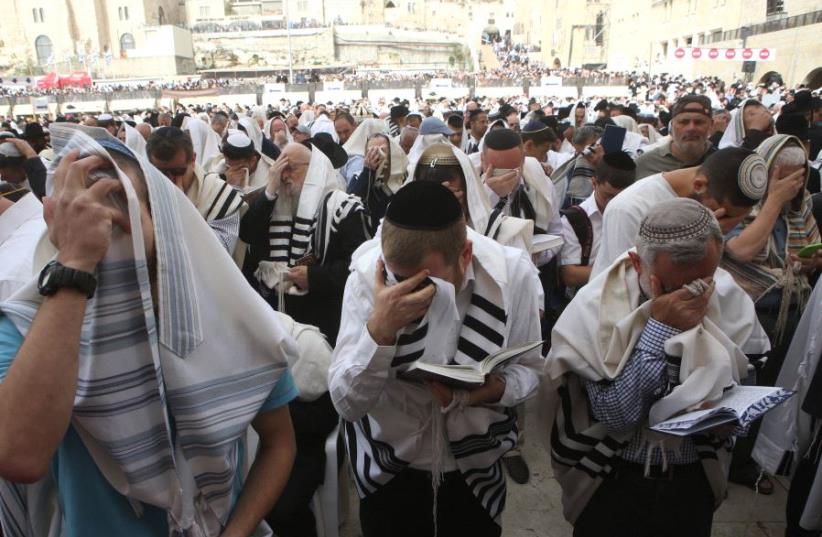 Priestly blessing at the Western Wall
(photo credit: MARC ISRAEL SELLEM)
Advertisement
The Western Wall can only remain under Muslim sovereignty, a senior adviser to Palestinian Authority President Mahmoud Abbas said during a Friday sermon. “It is an Islamic endowment that absolutely cannot belong to non-Muslims,” Mahmoud Habash, Abbas’s religious affairs adviser said, referring to the wall. “It is our property and endowment. It is impossible to concede one millimeter of it.”Jews revere the wall as the remnant of a retaining wall that surrounds the site where their ancient temples once stood. Muslims regard the wall as the location where the Prophet Muhammed tethered his winged steed during his overnight journey from Mecca to Jerusalem.Habash’s comments came approximately a week after Jabril Rajoub, a senior Fatah official, told Israel’s Channel 2 that the wall ought to remain under Jewish sovereignty. “In the end, it must be under Jewish sovereignty. We have no argument about that. This is a Jewish holy place,” Rajoub said, in a statement that appeared to break with the official Palestinian position.Hamas slammed Rajoub for what it said was “an official concession of a holy, national, and historic property.”“These positions of Fatah leaders affirm that they are moving to liquidate the Palestinian cause and concede its national and religious properties,” Hamas spokesman Hazem Qassim said on June 4. Rajoub subsequently attempted to walk back his statement, denying he ever said the wall must be under Jewish sovereignty. “I said Jewish religious supervision,” Rajoub told PA television on June 6 even though he clearly stated “Jewish sovereignty” in the Channel 2 interview. US President Donald Trump has said on multiple occasions that he wants to restart the peace process between Israel and the Palestinians. If the American leader succeeds in reviving it, Jerusalem and its holy sites will almost certainly be a major topic of discussion.