In addition, water is being pumped from the sea to Dead Sea Works factories’ artificial evaporation ponds. So little water enters the salt lake in the north and lots of water exits in the south.

The Dead Sea sinkhole situation is worsening, according to a marine scientist, who is warning of a looming environmental catastrophe.

“At present, there are over 6,000 sinkholes on the western [Israeli] side alone,” said Dr. Michael Lazar, from the Department of Marine Geosciences at the University of Haifa.

Since the 1960s, the Dead Sea has lost a third of its surface area, and the water continues to recedes by about a meter every year. A report released by the Environmental Protection Ministry in 2014, based on 10 years of research and data collection, attributes this decline to evaporation accelerated by global warming and climate change as well as human activities, such as the diversion of water from the Jordan River and mineral extraction. Downstream from Syrian and Lebanese tributaries, water is diverted for agricultural and other purposes. This is essentially turning off the Dead Sea’s tap, with very little water now flowing into it.

In addition, water is being pumped from the sea to the Dead Sea Works factories’ artificial evaporation ponds. Very little water enters the salt lake in the north but lots of water exits in the south.

“The level of the lake is dropping at a rate of more than one meter per year,” said Lazar. “This is due to a combination of factors working together. This combination of anthropogenic intervention and climate change is causing the lake to shrink. As a result of this, thousands of sinkholes are developing along the shore and causing real problems.” 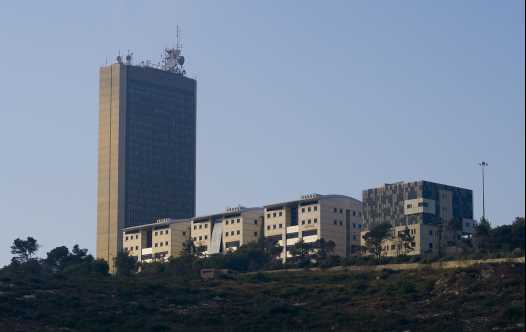 The Israel Meteorological Service recently published a report on extreme weather events that indicates a significant warming trend in all regions of the country. The warming rate is higher in the west – the coastal plain, the northern Negev and the mountain region – than it is in the valleys, the east, and the north, where the rate of temperature increases was the lowest.

By the end of the 21st century, precipitation is likely to decrease by 10%. The change in rainfall distribution is expected to result in years of below-average rainfall, a phenomenon that could lead to decreased replenishment of water sources causing an increase of salinity of water sources.

The flow of the Jordan River – the main water source of the Sea of Galilee and the Dead Sea – is expected to shrink by up to 22% (or possibly more) in the 21st century. This is a dramatic trend for the region in terms of water availability and water scarcity.

“There is a clear correlation between sinkhole collapse and peak drought periods,” Lazar said directly linking the increase in sinkholes to the climate crisis.