A study that examined parents' tracking of their children using location-based applications found that the phenomenon, once considered a sign of over-parenting, is now prevalent. 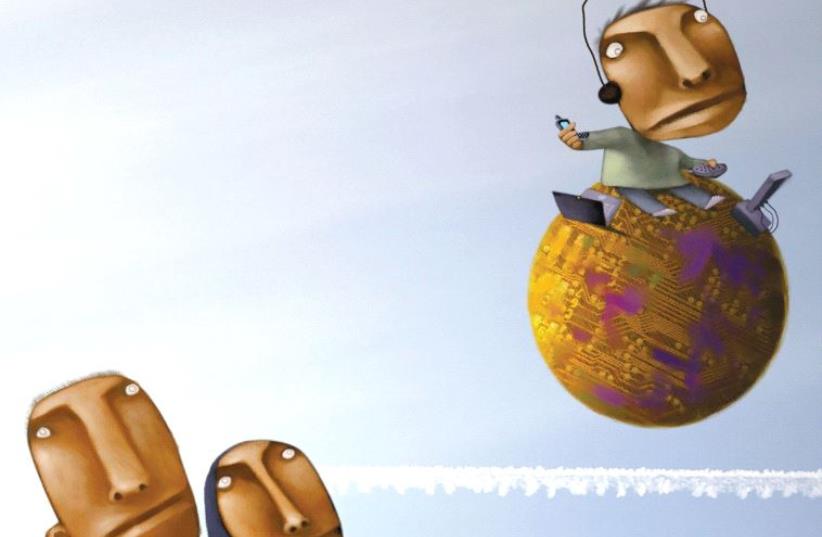 A study conducted at Ben-Gurion University of the Negev that examined parents' tracking of their children using location-based applications found that the phenomenon, once considered a sign of over-parenting, is now expanding to parenting styles that are defined as "healthy." The article was published in the journal Mobile Media and Communication.

A variety of parental tracking apps for their children are now available on smartphones, are simple to download and are usually even free. A study conducted in the Department of Communication at Ben-Gurion examined the question of whether their use constitutes a denial of children's freedoms or vice versa.

The study found that if once parents who used to follow their children's smartphones were perceived as overprotective parents, today the situation is completely different.

Dozens of in-depth interviews were conducted over the course of a year with mothers of teens ages 12-15. The study raised questions about the use of parental surveillance apps in a cultural and social context. For example, the mothers were asked about their relationship with their children, if they thought they owned their children's phones, their family's communication patterns, their family's general approach to use of media and so on.

In the professional literature, there are four main parenting styles: authoritative (considered an ideal style), tyrannical, permissive and negligent. In recent years, other concepts have been coined that describe patterns of over-parenting, the most famous of which is "helicopter parenting" (excessive and unhealthy involvement in children's lives by parents who "hover" over their children constantly).

According to researchers, patterns of over-parenting have developed in response to parental risks and concerns, which are mainly disseminated in the media.

Israeli kids wearing school bags ahead of the first day of school and kindergarten outside their home in Jerusalem on August 31, 2020, The Israeli secular state education system will open tomorrow. (credit: YONATAN SINDEL/FLASH90)

The study's findings challenge the putative relationship between parental tracking and strict parenting styles. It turns out that the use of surveillance technology does not reflect a particular parenting ideology, but rather expresses the current reality and the widespread use of new technologies.

However, the findings of the study do show that parents with a healthy (authoritative) style differ from parents with more rigid (tyrannical) styles in the way they conduct the monitoring of their children. In other words, while nearly everyone tracks their children, the question is how and to what extent the children are involved in the process.

"Parents' expressions of trust in their children can be created through negotiations that jointly set the rules for using the app," recommends Dr. Avi Marciano-Gilboard, who led the study.

"If the app is installed with the consent of [both] the parents and children on the terms of its use, it will create the trust that is so important for the relationship."