According to a new DNA-based predictive system, the three mummies from Abusir el-Meleq were around age 25, had light brown skin and dark eyes and hair. 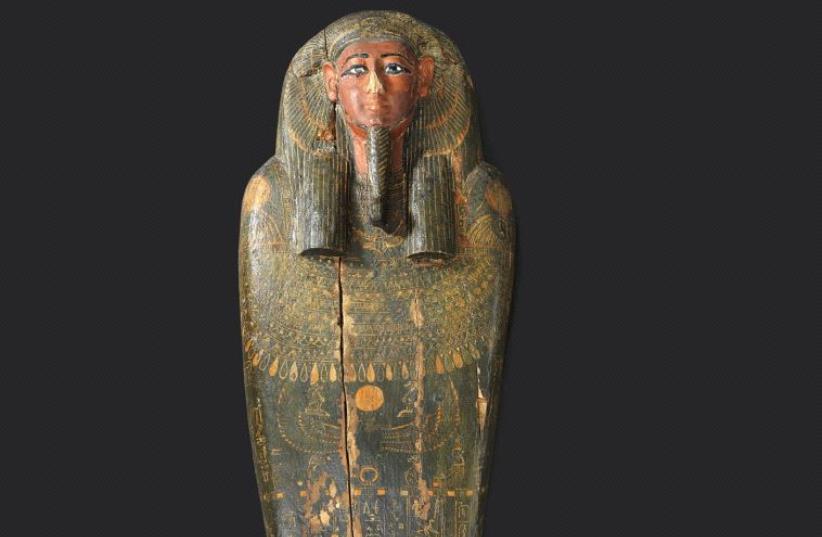 What did ancient Egyptians look like? A lab recreated the faces of three mummies thanks to samples of their DNA.

According to the study, which predicted the three men’s appearance at around age 25, they had light brown skin and dark eyes and hair.

Parabon NanoLabs, a northern Virginia-based DNA technology company, used research by the Max Planck Institute for the Science of Human History and the University of Tubingen in Germany, whose scholars managed to extract genetic materials from 151 Egyptian mummies dating between 2,400 and 1,600 years ago.

The study – published in the journal Nature in 2017 – was considered an important breakthrough because the hot middle eastern climate tends to destroy any DNA remains.

The mummies came from a site known as Abusir el-Meleq, which stood by the Nile River in the Middle of Egypt.

Predicted faces of three Egyptian mummies based on their DNA. (credit: Parabon NanoLabs)

Established in 2008, Parabon has become famous for its contribution to several cold cases thanks to its ability to compare DNA samples collected from suspects by police forces with genetic profiles contained in ancestry databases. Their work has often been praised as decisive in ensuring criminals to justice – at times after decades – but has also aroused heated controversy over privacy issues.

Among the tools the company has developed is a technology that enables the reconstruction of a person’s physical appearance based on their genetic material – a technique called DNA phenotyping.

According to the company, using the genome sequencing data obtained by Tubingen researchers, the lab was able to predict each mummy’s ancestry, pigmentation, and face morphology, in spite of incomplete genetic data.

“It’s great to see how genome sequencing and advanced bioinformatics can be applied to ancient DNA samples,” said Dr. Ellen Greytak, Parabon’s director of bioinformatics. “Just like in Parabon’s law enforcement casework, these techniques are revolutionizing ancient DNA analysis because they operate on fragmented DNA and have been shown to be sensitive down to only 10 picograms of DNA.”