Jerusalem has always been at the heart of Israel.

Jerusalem has always been at the heart of Israel. Steeped in thousands of years of Jewish history, the city was once home to the First and Second Temples. A central aspect of Jewish life is to visit Jerusalem during the Three Pilgrimage Festivals (shalosh regalim) -- Sukkot, Passover, and Shavuot.

Today, Jerusalem has once again become the center of Jewish spirituality. After 2,000 years, Jews from around the world can return to the holy city not just as visitors but also as residents.

Jerusalem is one of the most beautiful, historical, and sacred cities in the world. So it is no surprise that it is also one of the most sought-after real estate locations in Israel. Every year, more and more apartments are being constructed to accommodate the influx of new olim and Jews from the Diaspora who come to visit their families or to vacation. Many also visit Jerusalem during the shalosh regalim, just like in ancient times.

As a result, many developers and interior designers are adapting their residential projects to befit religious practices. These include features such as kitchens with separate sinks for meat and dairy; Shabbat elevators; and terraces that can accommodate a sukkah during the holiday of Sukkot.

According to Jewish Law, a sukkah must be built with a roof through which one can see the stars. This presents quite a challenge for developers and designers. How can you build a multi-story apartment building without covering the balcony of the apartment directly below? With so many observant Jews moving to Jerusalem or coming to visit during Sukkot, it’s a difficult challenge to overcome. Having a sukkah is so important in Jerusalem, that most restaurants and malls construct them during Sukkot. In fact, they have become such an integral part of Israeli culture that traditional and secular Jews also take part in Sukkot celebrations around the country. 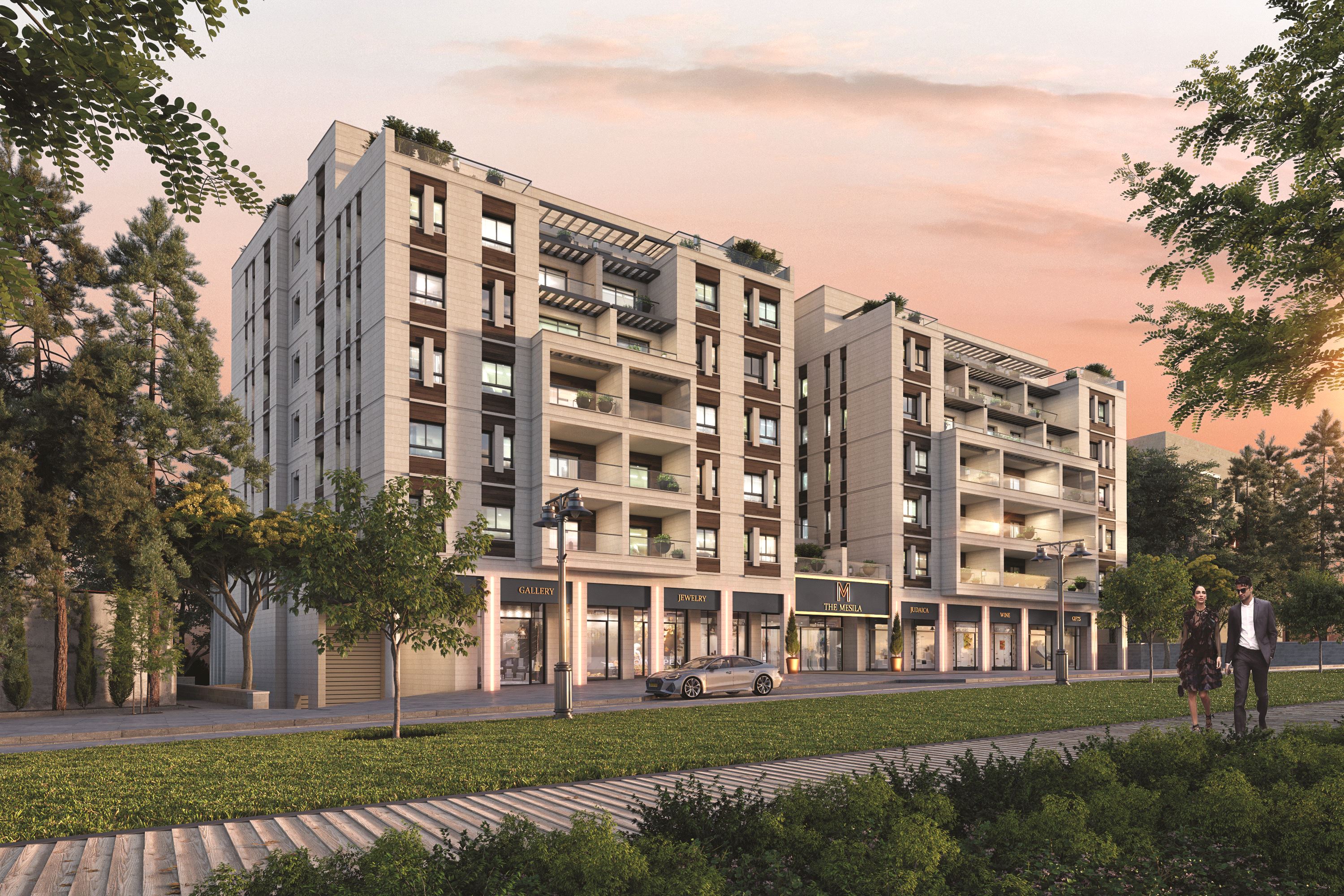 Developers such as Asden Israel are thinking creatively and have been adapting their architectural designs to accommodate Sukkot laws and traditions. Recently, Asden developed two high-end complexes -- Park 8 in Baka and The Mesila in the German Colony. Park 8 is designed by Michal Della Pergola of Della Pergola Architects. A highly acclaimed Jerusalemite architect, Della Pergola has wide experience in designing quality apartment buildings.

She explains that while architects and developers may well be influenced by styles of the past, they must also start thinking creatively and not rely on former designs. In regard to the Park 8 project, she says, “The design was based on my concepts of what architecture in Jerusalem should be. Jerusalem is a historical city with layer upon layer of the various architectural styles which changed through the ages. New buildings should be a bridge between the old and the new by incorporating the necessary motifs. I believe that in Park 8, we have succeeded nicely. The façade blends in with the historic rural-oriented neighborhood earmarked for restoration, while the interior is outward-looking and blends in with the rural ambience beyond.”

While the issues involving the sukkah have been a challenge for many architects, Della Pergola has turned them into an opportunity. To explain how this was achieved in the Park 8 project, she says, “We have given the residents both interior and exterior spaces. There are spacious interiors in all the apartments, as well as rooftop terraces on the upper floor apartments; large gardens in the ground floor apartments; and large open terraces that can be used for sukkot in the mid-story apartments. All eight four-story boutique condominiums of the complex are connected by a pedestrian boulevard that opens on to the lush Baka municipal park.”

Asden Israel continues to set new standards for superior luxury design and construction in Jerusalem. The company has created beautiful, elegant communities and continues to inspire those around them. Asden has constructed the perfect home not only for Sukkot but for the entire year.

Like many other developers, Asden Israel, a premium quality developer of residential real estate in Jerusalem, is busily developing apartment buildings to meet the anticipated increased demand from overseas buyers. Setting new standards for superior luxury apartments in Jerusalem, Asden is developing two high-end residential projects in historic neighborhoods – The Mesila in the German Colony and Park 8 in Baka.

Both projects incorporate space for constructing sukkot and are therefore also suitable for a religious clientele. As can be expected from such a quality developer, both residential projects have much more to offer.

The Mesila comprises two seven-story apartment buildings in the historic German Colony quarter. It will include a select choice of apartments and penthouses.

The Park 8 project in Baka, which is a rurally oriented neighborhood, which is already mostly occupied, consists of eight four-story boutique condominiums linked by a verdant pedestrian boulevard.

Written in cooperation with ASDEN