The Mystery of Chagall's Stolen Painting Has Been Solved And Is Now For Sale.

Mark Chagall is the world's most important Jewish artist.

By AMITAI HAZAN
(photo credit: JAIME EDELSTEIN)
Advertisement
Mark Chagall's painting, ‘ Jacob's Ladder’, was stolen from a gallery in Tel Aviv in 1996 and completely disappeared. Three years ago, the painting was discovered in the estate of a lady who passed away in Jerusalem, leading to a legal battle between her heirs and the insurance company which paid compensation for the painting 25 years ago. Now the important and controversial painting is at the center of an important auction of Israeli and international art to be held in Herzliya at the end of the month. In addition to Chagall's painting, a rare painting by Reuven Rubin from 1924 and intriguing paintings by prominent Israeli artists are on sale. 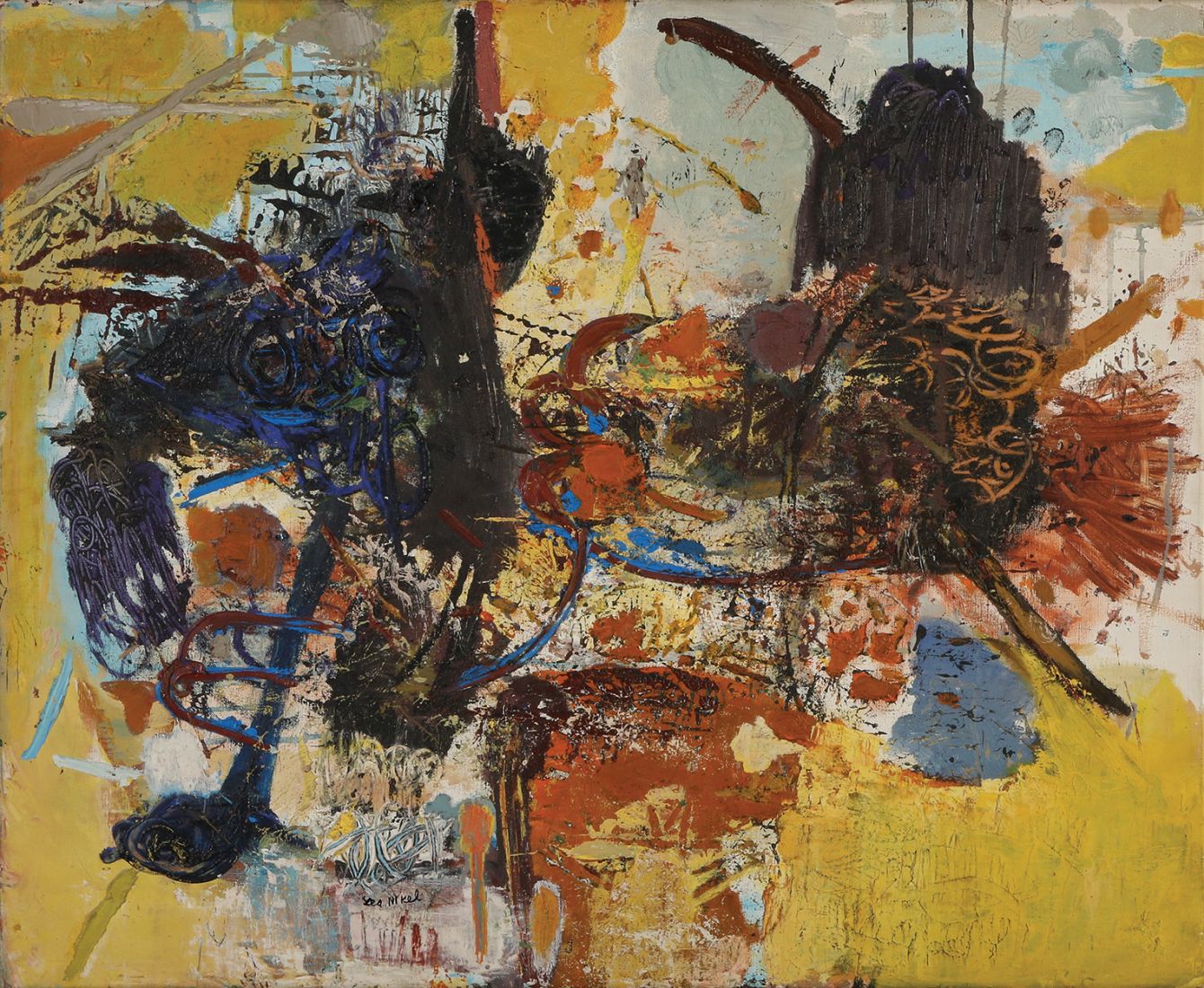 Mark Chagall is the world's most important Jewish artist. He worked in France with Pablo Picasso, at the beginning of the last century, and his paintings are sold for millions of dollars. Chagall's naïve - surrealist paintings, were often characterized by Jewish motifs, and one of the most important of them is ‘Jacob’s Ladder’, a painting which he created in several versions from the 1950s to the 1970s. One of these paintings was stolen from a gallery in Tel Aviv in 1996. The thief was not caught, the painting disappeared, and the insurance company had to pay compensation to the owner of the work. 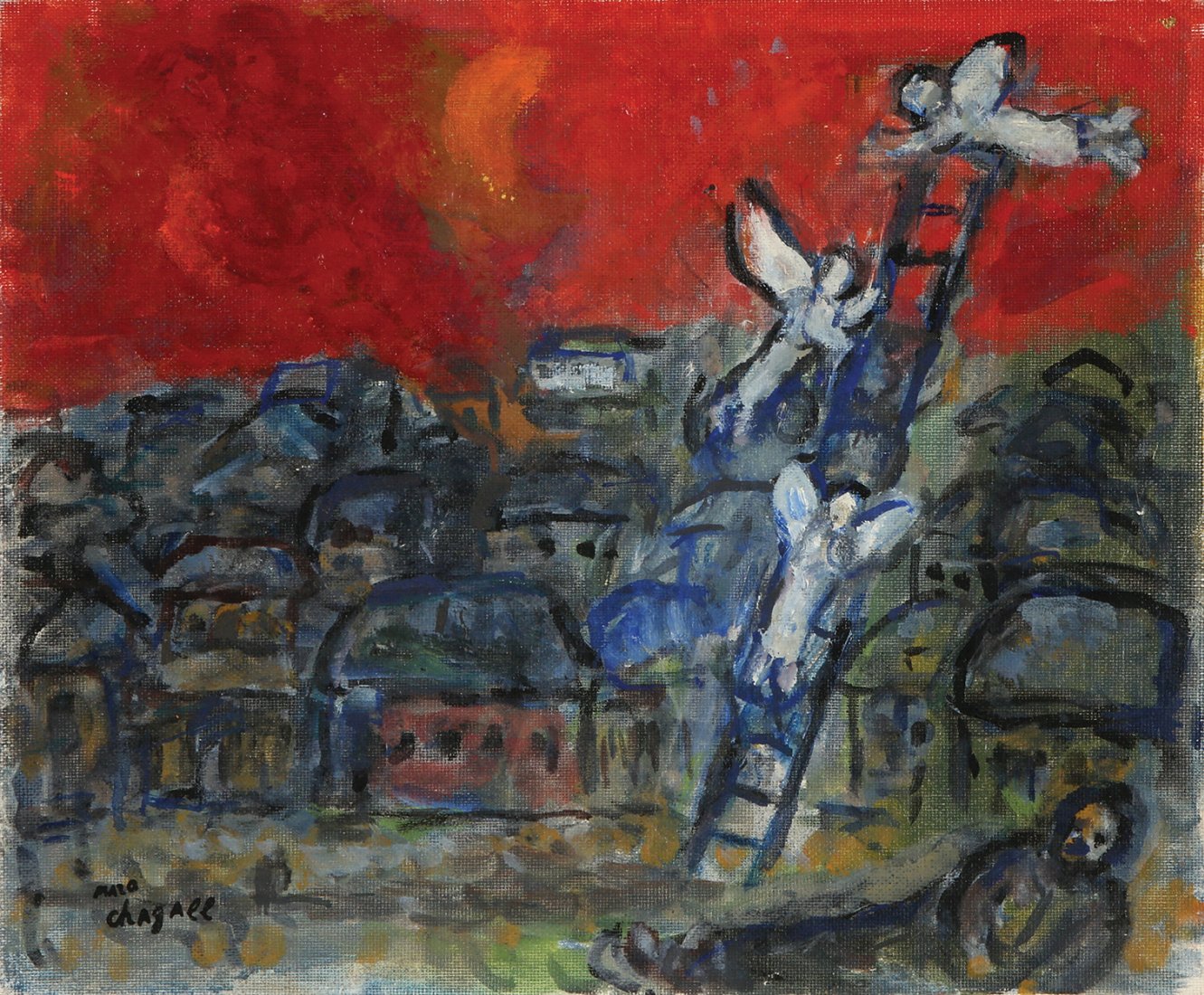 In addition to the mysterious painting by Chagall, significant paintings by several Israeli artists will be on sale. From early artists of the immigration period in the 1920s, through Reuven Rubin and Nahum Gutman, to rare kibbutz paintings by Yochanan Simon in the 1940s and paintings influenced by the Holocaust from the 1950s painted by Yosl Bergner and Shmuel Beck, as well as paintings by the most important modern artists in Israel, such as Yosef Zaritsky, Leah Nickel and Yigal Tomarkin. Nearly one hundred prominent artists are participating in the sale, including prominent contemporary artists such as Zoya Cherkassky and Nir Hod.

The most interesting painting is a painting by Reuven Rubin of Jaffa from 1924. Rubin is the most important and well-known Israeli artist in Israel and the United States, and his paintings are sold for tens of thousands of dollars. His works from the 1920s are the most important and most rare. The works of these early Israeli artists illustrated the creation of a Hebrew and Zionist culture in the Land of Israel based on the foundations of their Jewish past, but at the same time idealistic and optimistic, using symbolism and utopian colors. The combination of beauty and romance in works from these years combined with their rarity has made them the soul of every art collector.

Another popular artist is Yochanan Simon who settled in Kibbutz Gan Shmuel in 1936 and was recruited to promote the kibbutz movement with his art. He painted posters full of pathos for "Hashomer Hatzair" and paintings depicting kibbutz life as particularly ideal, especially family scenes that combine happiness and intimacy, as well as works that glorify the value of the work and the beauty of the land (during a period that was defined as "the brown period"). Thus Simon was selected to design the official Israeli Declaration of Independence for the first Independence Day as well as a poster for May 1, 1950. 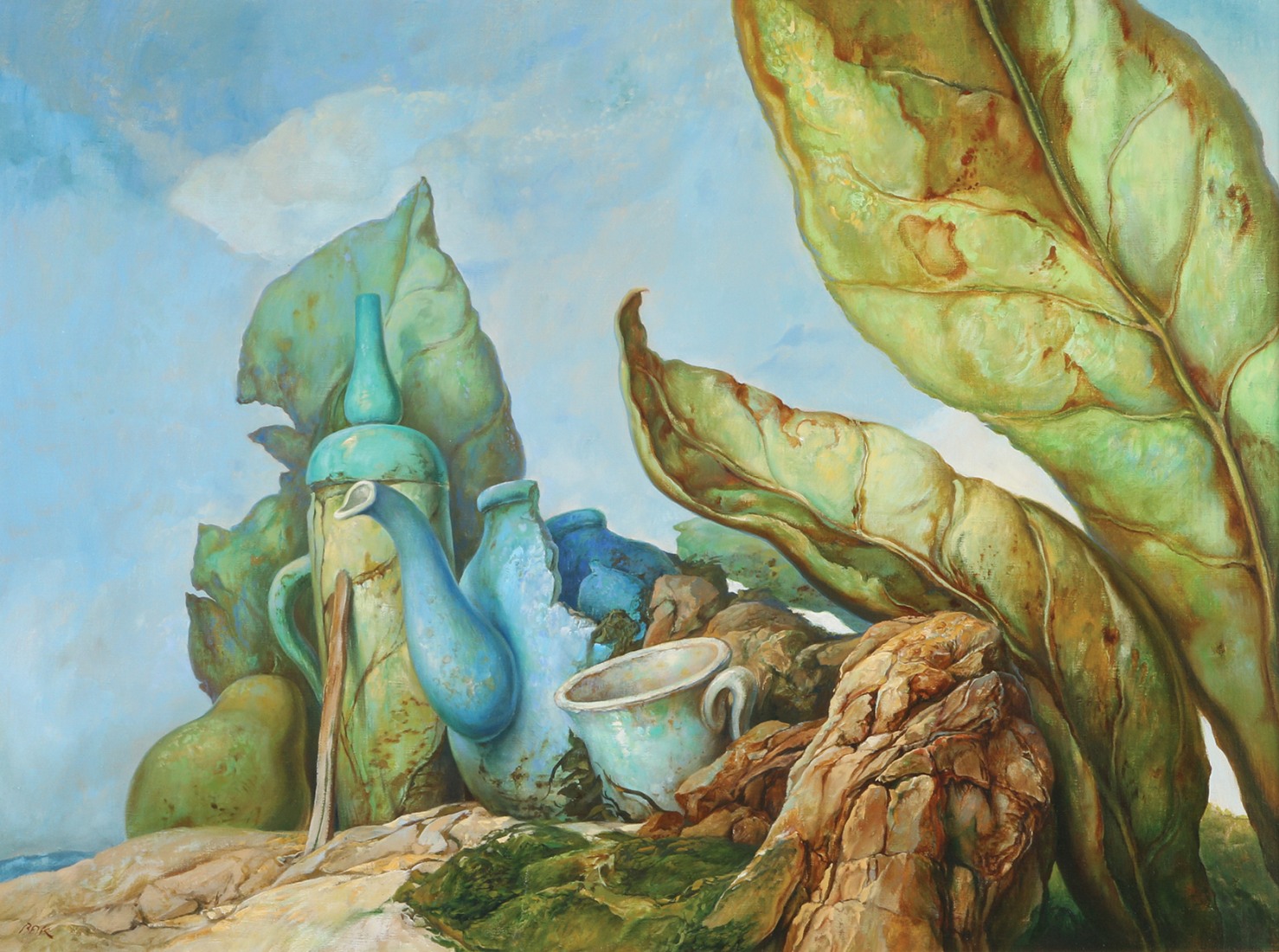 In the 1950s, a number of important artists began to develop a new artistic language. Yosl Bergner, Samuel Beck and Naftali Bezem created surrealist art in which the Holocaust plays an essential role. Yosl Bergner, in his surrealist paintings, deals with various subjects, stemming from his childhood memories of Poland, including Klezmer players on the backdrop of a Jewish town, or kitchen utensils that mark the exile of the Jews who were forced to leave their home. The theme of exile and loss is also very prominent in Bezem's work, and these three artists have become the representative generation of Holocaust survivors in Israel after the war. 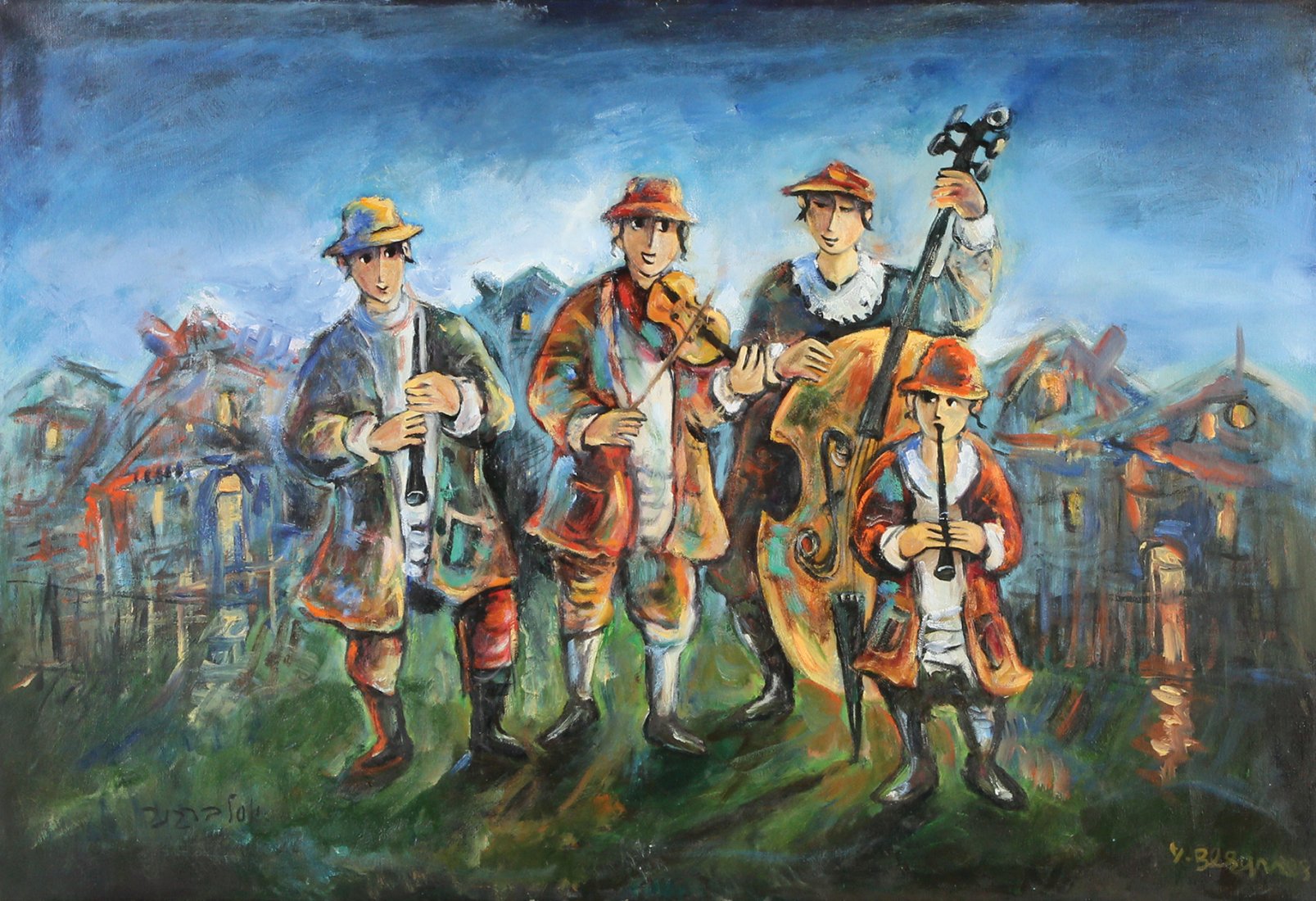 In the 1950s a modern and abstract style began to develop, influenced by international art. Joseph Zaritzky was the pioneer of modern Israeli art and was the initiator of the New Horizons Movement, one of the most important artistic movements in Israel. The group brought international influences to local art and the group also advocated abstraction. Leah Nikel, who was active in Israel, Paris and New York in these years, has become the First Lady of Israeli painting, and her paintings have become very popular. Nikel's paintings and works of other modern artists have become increasingly in demand recently, and have also yielded excellent returns to collectors who purchased works several years ago.

Tiroche's sale is broadcast live, so everyone can view the items and purchase in real time. In fact, over the past five years, the number of Israeli art collectors has risen significantly, especially among American Jews. The paintings in the exhibition can be viewed at the following link: https://www.tiroche.co.il/nextAuctions?page=1&lang=english