New York watch collector Zach Lu, also known as @zachattack__25 to his avid social media fanbase, has made his mark in the watch world, and is rapidly widening both his domain in horology and his influence over the general public. In the last half-year alone some 47K pressed follow on Zach’s Instagram and committed to watching his collecting journey; in January 2022, Hodinkee reported that Zach Lu had 35K followers and now in September his following loiters at a respectable 82.9K.

Perhaps the abrupt surge in Zach Lu’s popularity was served by his acquisition of the famed and coveted first-ever Tiffany Nautilus 5711. This peerless timepiece, co-signed by both Patek Philippe and Tiffany Nautilus, is the swan song of Patek Philippe’s flagship steel Nautilus before the model is retired for good. Zach was only able to acquire it after Patek personally identified his strong buying history with the brand, after the original auction winner was unable to complete the transaction for undisclosed reasons. Zach calls this purchase both the most fortuitous and the most triumphant moment of his collecting adventure. He explains the significance of this historic piece; he said “this is the most celebrated watch model, made by both an iconic watch brand and an iconic jeweler led by the iconic LVMH. It represents the trifecta of luxury–horology, jewelry, fashion.” He additionally says the watch is “a pop-culture landmark” noting that three of the 169 non-auction examples were worn by Jay-Z, LeBron and Lionardo DiCaprio.

However, Zach Lu also has several other enviable pieces. Zach picked up Patek’s second perpetual calendar chronograph, the unique yellow-gold 2499 first series. He nabbed the Grand Complication Sky Moon Tourbillon 6002R with its warm ornate rose-gold and brown enamel setting, frequently cited as Patek’s second most complicated watch. And, as if one fabled complicated piece wasn't enough, he is also the lucky owner of the elegant Grandmaster Chime 6300 which holds the high status of being Patek’s most complicated wristwatch ever. 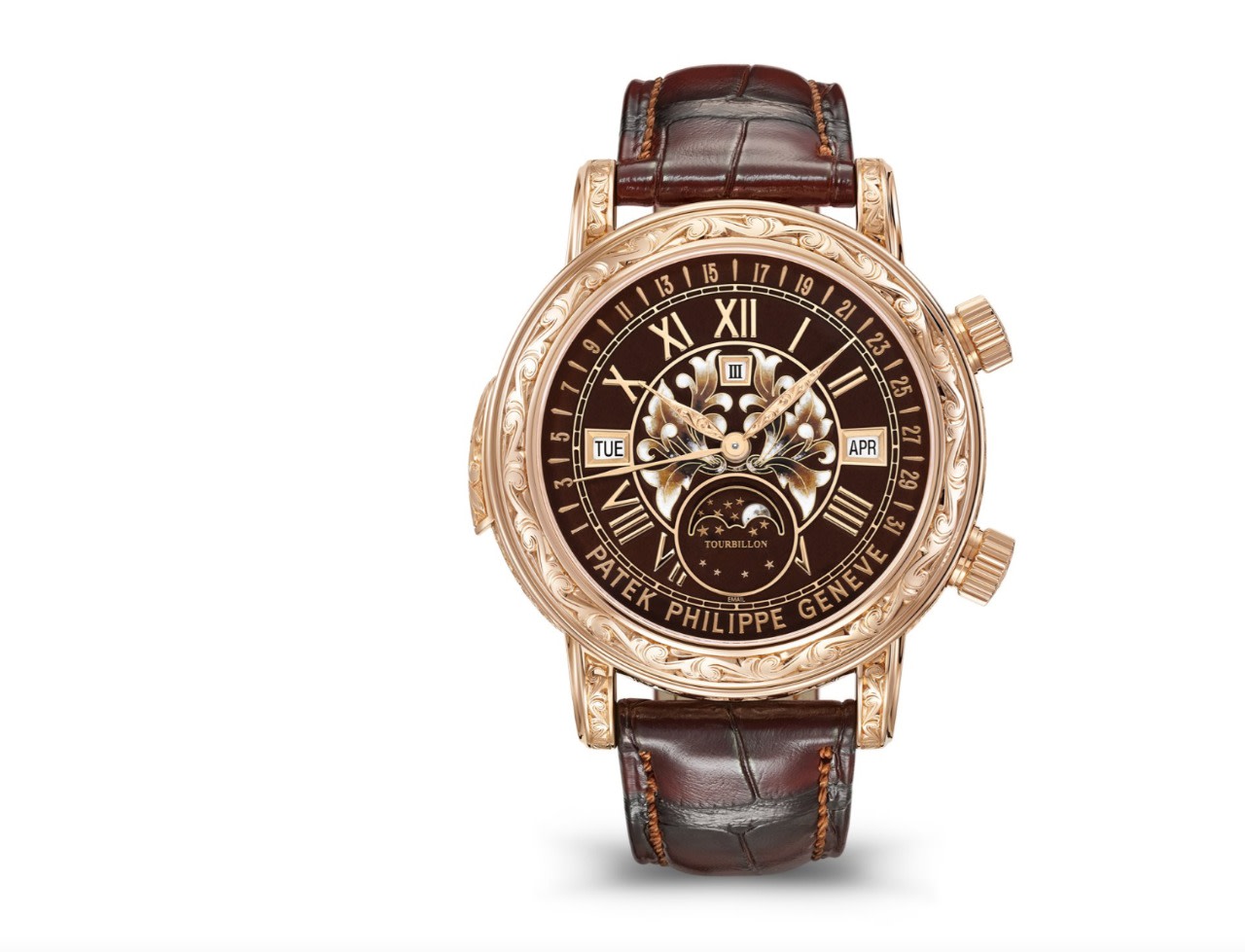 Despite his coveted high-profile collection, Zach Lu is quick to acknowledge that he too frequently surveys the watchscape and finds models he cannot have. One such piece was a Patek Tiffany-signed Nautilus 5740 Unique Piece, which practically broke the watch internet when its existence was suddenly sprung on the watch world. The wrist piece belongs to Bernard Arnault, the chairman and chief executive of LVMH. Zach loves the watch. “It’s totally out of this world,” he said. “But Bernard Arnault deserves it more than anyone else. And the Nautilus I bought is somewhat close to the 5740 with its shared Tiffany blue and its connected Geneva certificate.”

You may have noticed Zach Lu’s blatant penchant for Patek Philippe. He categorizes all watches via their ‘classy’ or ‘sporty’ features, and in his opinion, Patek timepieces are all class with sophistication for days. Nothing can quite compete with Patek’s dignified artistry. When he does, however, want to switch up his wrist adornment with something sporty he turns to Richard Mille. “The material design components in Richard Mille models make them great for daily wear,” he said. “And I love their futuristic style and inventive design. Every piece is truly groundbreaking.” Of his treasured Richard Mille pieces, Zach favors his 52-05 Pharrell Williams Sapphire, with its transparent case, sapphire crystal and bright yellow band and his Rafael Nadal RM 27-04 which was limited to 50 pieces worldwide.

Zach Lu hasn’t, however, felt particularly tempted by other luxury brands outside his signature Patek and Richard Mille. “I have great respect for other watchmakers,” he said. “But these two companies satisfy my needs. I have close connections in both brands, and I’m going to continue to build my collection with their watches.”

Indeed, Zach Lu’s connections, particularly in Patek are nothing to scoff at. He has a personal relationship with Thierry Stern the current CEO of Patek, and, in fact, personally reached out to Stern to ask for a Tiffany Nautilus allocation when he originally lost the auction example to the anonymous buyer. Perhaps Stern's refusal was fortuitous, however, as Zach’s famed Patek acquisition also introduced him to High Management at Tiffany & Co. and opened avenues for connection with, to quote Zach, “Tiffany America, Tiffany Patek, Lisa Jones the Patek America President and Phillips”. Zach has also recently graced several Tiffany & Co. parties and has met several famous watch enthusiasts at other Patek or Richard Mille events including Prince Albert II of Monaco, Rafael Nadal and the K-pop sensation Lisa. And recently, Zach Lu has turned his attention to building some chumminess with other groups in the LVMH connection. After all, extending his relationships on the luxury landscape, his footprint in the watch vista and his publicity in public forums can only benefit Zach Lu and his growing collection.

This article was written in cooperation with Zach Lu