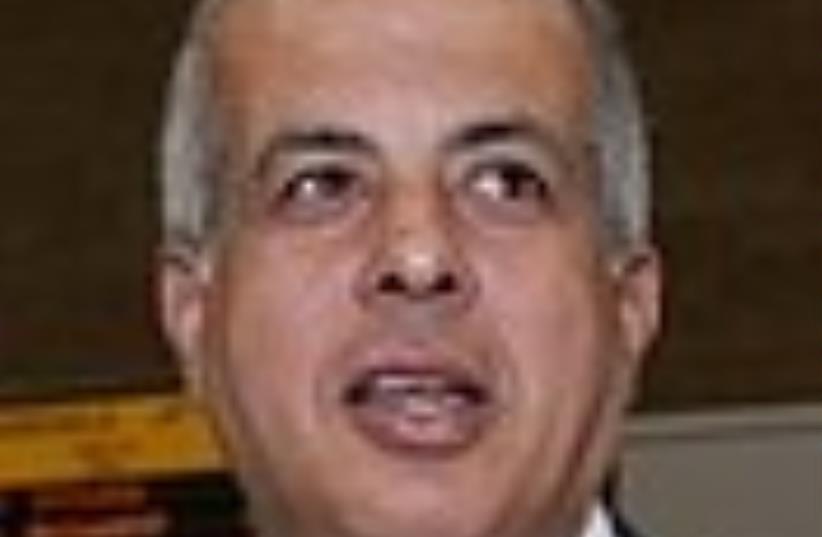 avi luzon 88
(photo credit: Courtesty)
Advertisement
As if the Israel Football Association doesn’t have enough problems to deal with, chairman Avi Luzon seems determined to drag the entire organization’s reputation through the mud at every turn.Just when you think he can’t stoop any further, he somehow finds a way to redefine the term “a new low”.The expected naming of his nephew Guy Luzon to coach the Israel under-21 team will not only hurt the side’s chances of success, but will also tarnish the IFA’s character beyond repair.Avi Luzon has made his fair share of stupid decisions during his tenure, most notably the changing of the Premier League format ahead of the current season, which included dividing it into three sections and halving point totals after two rounds of play.However, the blatantly nepotistic move of naming a family member to guide the under-21 side would be perhaps the most harmful decision he has ever taken: one that would result in the soccer-loving public losing any remaining shred of respect it still holds for an institution which is supported by government funds but refuses to act accordingly.It was just under two years ago that a similar appointment was thwarted by public pressure. Guy Luzon was set to be hired as Israel’s youth coach, but after denying any connection with the decision, his uncle declared that he would resign should Guy be appointed to a job at the IFA during his time in charge.It now seems that Luzon has no intention of living up to his previous promises. Guy is so confident he will be guiding the under-21 team that he told his employers at Bnei Yehuda that he will leave after this season, resulting in the club’s signing of former national team coach Dror Kashtan last week.Despite being just 34 years old, there is no denying that Guy Luzon has already put together an impressive resume.He led Maccabi Petah Tikva, the club owned by his extended family,  to the UEFA Cup group stage in the 2005/06 season after finishing in second position the previous year.
His six months at Hapoel Tel Aviv to start the 2007/08 season were nothing short of disastrous, but Guy Luzon resurrected his career at Bnei Yehuda in the past couple of campaigns.He led the team to fifth place last season and has already secured a top-six finish in the current campaign, while also reaching the State Cup semis to be played next week.
There should be no doubt that Luzon is a worthy candidate for the under-21 coaching position. However, it should be just as evident that the current circumstances must rule out any such appointment.Not only because his uncle is at the helm of the IFA, but also due to the fact that there are several other candidates who are equally as qualified, not to mention that the current coach of the team, Moti Ivanir, is still perfectly suited to guide the side to the European Championships.For some absurd reason, Ivanir was only given a contract until the end of May, with the side scheduled to host Sweden in a crucial qualifier on June 4. Ivanir is set to guide the team in that match even if his contract isn’t renewed (after all, even the IFA has its limits) but it looks all but certain that Luzon will replace him after that game.A victory over Sweden would take Israel to the top of its qualifying group and give it a superb chance of reaching the championships to be held in Denmark next summer.Israel will conclude its qualifying campaign with a road match inSweden and a home encounter against fellow-contender Montenegro withinfive days in September. That, of course, raises the very obvious debateover why Ivanir wasn’t handed a contract until October to start with,and why he isn’t being given an extension now that it is clear he has achance of recording a significant achievement.These questions seem destined to remain unanswered as the IFA looksdetermined to name Guy Luzon as the next under-21 coach, with Guysaying just this past weekend that the public criticism only makes himmore resolute to take the job.As a result, it appears all but inevitable that the Luzon family willonce more get its way, leaving behind the trademark stink andout-of-touch incompetence that Avi’s tenure as chairman has becomesynonymous with.
Advertisement
Subscribe for our daily newsletter