Design Week in Jerusalem has something to offer professional designers as well as the broader public.

By LOREN MINSKY/ ITRAVELJERUSALEM.COM TEAM
Design house 311
(photo credit: Courtesy)
Advertisement
The second annual Jerusalem Design Week takes place from Sunday with almost double last year’s events and exhibitions and more of an international presence. Run by the Jerusalem Center of Design and produced by the Ariel Municipal Company, the event gives designers new ideas, knowledge and inspiration and displays the extensive design work that takes place in Israel. A similar event organized by the Holon Design Museum already took place in Israel, but according to Boaz Bar-Hillel, manager of the Jerusalem Center of Design, “the variety of subjects and design disciplines on offer during the Jerusalem Design Week is unique”. Furthermore, the lecturers are world-renowned designers, lecturers and architects.The opening takes place at the Hansen compound in Talbiyeh, a fascinating, grand building formerly known as ‘leper house’ after nuns who treated a skin disease here. The compound was designed by architect Conrad Schick, a devout German Christian, who fused European, Israeli and oriental influences. The biblically inspired garden encompasses two acres of stone terraces, water cisterns and a variety of flora and fauna, including trees over a century old.Two design exhibitions will take place at the Compound, with others at various venues around the city such as the Jaffa 23 gallery and the Designers in the City complex on Bezalel Street. Tal Gur, a well-known industrial designer and lecturer at the Bezalel Academy of Art and Design, curates the Time 02 exhibition at the Compound. 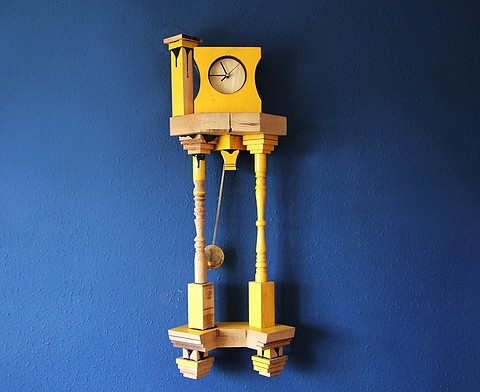 The week includes an international design conference and features several international lecturers including German designer, Jerszy Seymour; French Architect, Yona Friedman (filmed in Paris) ; German artist, Oliver Laric as well as French designers, Stephane Barbier Bouvet and Clemence Seilles. The conference takes place at The Jerusalem Centre for the Performing Arts and invites a selection of artists, designers and architects to discuss their work in relation to changing, pivotal times. Another highlight is a workshop, which gets 40 non-professional musicians working and making music together in the spirit of exploring and fostering creativity. Later that day, the group perform their composition to an audience.The film Footnote will be screened at the Jerusalem Cinemateque with a meeting immediately after with the film’s artistic designers, Arad Sawat and Ilan Vintraub (motion graphics and VFX). More than 200,000 people have seen the film directed by Joseph Cedar, winner of the Cannes Festival scenario award and winner of 9 Ophir awards.On the last two days of the event, there will be a fashion design workshop and a recycling workshop suitable for the whole family at the Designers in the City Complex. The complex includes designers of various disciplines – ceramic design, industrial design, jewellery, fashion design and more. The week is expected to draw thousands throughout Israel who are interested in all things design. “The week is a celebration of ideas, knowledge and creativity,” says Bar-Hillel. ‘ The Jerusalem Design Week takes place December 4 – 9 and overlaps with the city’s Hamshoushalayim celebrations.iTravelJerusalem.com is a new online international travel portal offering all the latest information on things to do, places to eat and places to stay in Jerusalem.
Advertisement
Subscribe for our daily newsletter