While most have already finished celebrating Christmas, the Armenian Orthodox Church in Israel is just getting started.

By NICOLE JANSEZIAN, TRAVELUJAH
JANUARY 16, 2012 17:11
Armenian Christmas parade to the Church of Nativity in Bethl
(photo credit: Photo courtesy Travelujah )
Advertisement
For further information on Christian tourism and Holy Land Tours to Israel contact  Travelujah.Whoever said that Christmas only comes once a year obviously doesn’t live in Jerusalem. Thanks to a glut of Christian denominations confined in one small geographical space, Christmas comes three times in the Holy Land - more here than anywhere else in the world.In every other part of the world, Christmas can be penciled in on two dates: Dec. 25, celebrated by Catholics and Pentecostals; and Jan. 7 as celebrated by the Eastern Orthodox Church.But due to a calendar glitch, the Armenian Orthodox Church in Israel celebrates the Nativity of Jesus on January 18 and January 19. This also coincides with Russian and Greek Orthodox faithful who will make their annual pilgrimage to Qasr El Yahud for the Feast of Theophany, which they celebrate on January 18. The Ethiopian Orthodox church will celebrate the Baptism of Jesus on the afternoon of January 18, while on the 19th, the Coptic Orthodox and the Syrian Orthodox Churches will celebrate Epiphany at Qasr El Yahud. 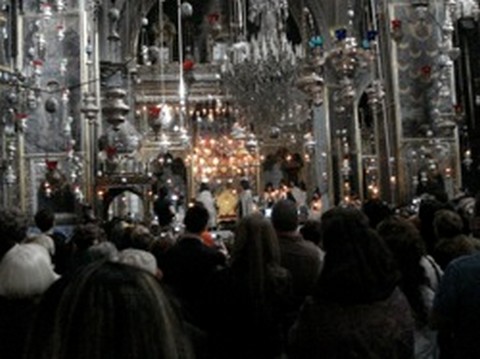 Armenian Church in Jerusalem (Travelujah)The Gregorian calendar, which has a difference of 12 days, was introduced in 1752. At that time, all Christian churches, with the exception of the Armenian Orthodox Church in Jerusalem, switched to the Gregorian calendar to determine the date of religious feasts. In Jerusalem, the Armenian Orthodox Church still uses the Julian calendar. With the 12-day difference, the Armenians in Jerusalem, and only in Jerusalem, observe Christmas later while even Armenians living in Armenia and anywhere else in the world celebrate the holiday with the other Orthodox religions.The community here celebrates the day with solemnity."Outside of Jerusalem, January 18 is just another day," Katia Toumayan told Travelujah-Holy Land tours. "But it is significant since they hold midnight mass in Bethlehem. I suppose [January] 18 is the spiritual day versus the materialistic celebration of the 25th or 6th."All Christian churches originally celebrated Christmas Eve on Jan. 6. In the 4th century, the Roman Catholic Church designated Dec. 25 as the holiday in order to replace the pagan celebration of the Winter Solstice, while Orthodox churches stuck with Jan. 6.For the Armenian Christmas in the Holy Land, the Patriarch in Jerusalem, priests and a marching band will make a procession from the Old City of Jerusalem to Bethlehem. The processional continues to Bethlehem's Manger Square where there is an official reception at the Church of the Nativity. Services take place throughout the night including a midnight service at the Grotto of the Nativity.Traditionally, families will have a holiday meal of pilaf and fish and will attend a Christmas mass at Saint James, a church rebuilt in the 1200s in Saint James Convent in Jerusalem. The Christmas service takes place at midnight and is a unique event as the only light is provided by the colorful oil lamps hanging in the square stone basilica.The calendar for the Armenians in Jerusalem affects their New Year celebrations as well. On Jan. 13, Armenians will ring in the New Year with celebrations and a mass in Jerusalem's Old City. Christians celebrate with a feast on New Year's Eve and mass on New Year's morning.The orthodox churches of Georgia, Jerusalem, Russia, the Republic of Macedonia, Serbia and Ukraine still use the Julian calendar.Armenia was the first nation to adopt Christianity in 301 AD. And even before that, Armenians have claimed an enduring presence in Jerusalem dating back to 95 BC and a community on Mount Zion since the fourth century. To this day, there is an Armenian Quarter in the Old City with fewer than 2,000 residents.The Armenians endured persecution and massacres in Turkey in the late 1800s culminating in the Armenian Genocide of 1915 and now have a far-flung diaspora, more widespread than that of the Jews. Armenia itself was under Soviet rule until 1991. While Christmas may be the most drawn out of the Armenian feasts in Jerusalem, more Armenians make a pilgrimage to Jerusalem for Easter each year than for Christmas. 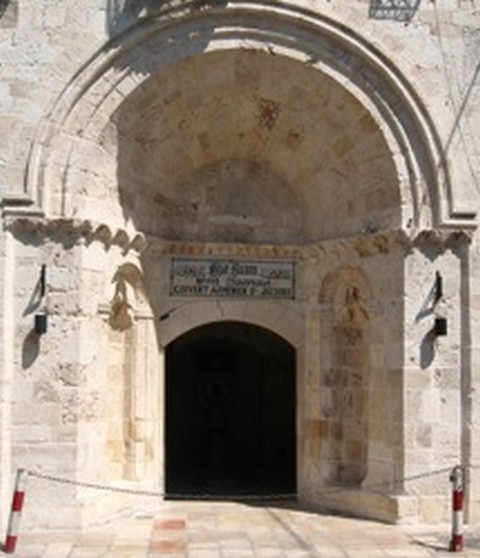