Top 5: Events to round off summer in Jerusalem

Summer may soon be over, but things are heating up with an amazing array of rich cultural events and festivals.

By LOREN MINSKY/ ITRAVELJERUSALEM.COM TEAM
Chamber Music Festival
(photo credit: Courtesy)
Advertisement
Ron Arad’s 720 DegreesLocated in the Israel Museum’s picturesque Art Garden, the spectacular 720 Degrees is a massive, striking installation by renowned designer, artist and architect Ron Arad. The structure is made up of 5,600 silicon rods suspended from a height of eight meters to form a perfect circle and curtain that allows for 360 degree screenings. Films and video art by Christian Marclay (The Clock), Mat Collishaw and others will be projected onto the structure and visitors can enjoy from points throughout the Museum’s campus as well as up-close. Every night there will be a surprise performance inside the circle by artists from a variety of disciplines – music, dance, poetry, theater and more.  A bar and light refreshments will be available. Constructed for the first time at the Roundhouse in London last year, the structure was referred to by the BBC as a "new way of seeing art" and by the Observer as "playful, original and brilliant." 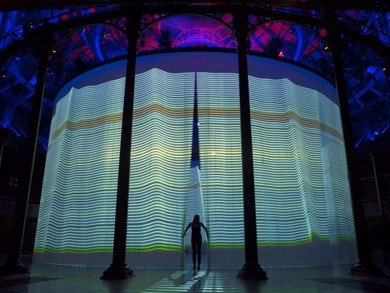 720 Degrees (Courtesy)
Address: The Israel Museum – 11 Ruppin Boulevard, Givat RamPhone: (02) 670-8811Dates: 25.08.12 – 30.08.12; 01.09.12 – 05.09.12Time: 8:00 p.m. till 11:00 p.m.Cost: Free with museum admissionJerusalem Sacred Music FestivalThe Jerusalem Sacred Music Festival invites local and international musicians and artists, from different and varied traditions, to celebrate the idea of "sanctity" for 24 hours. The 2012 festival hopes to spark a new tradition that will deliver, to and from Jerusalem, a message of holiness, purity, sensitivity, compassion and inter-faith unity. 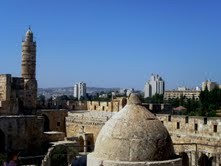 Sacred Music Festival (Courtesy)
The Tower of David Museum is the central meeting point for the festival and will hold performances, sacred ceremonies, dialogs and more over the 24 hour period. Musicians will take turns playing a huge drum on the museum rooftop throughout the festival.The festival will also offer "testimony tours", walks showcasing the authentic rituals and ceremonies of Jerusalem's eclectic faiths.Address: Tower of David, Old City, JerusalemDate: 06.09.12 – 07.09.12Piyyut FestivalPiyyutim, Jewish liturgical poems that are usually sung, chanted, or recited during religious services, take center stage in the Fifth Piyyut Festival. This year’s festival focuses on the piyyut and prayer traditions that have developed in the complicated shared arena of Jewish-Arab culture in the past and present. Visitors can enjoy an evening of psalms based on the principles of classical Indian music, Qawwali songs of the Chopis of Rajasthan, and old Jewish piyyutim from Afghanistan. Other highlights include unique arrangements of piyyutim from the tradition of Libyan Jewry. One performance combines East, West, Heavy Metal, Psalms and verses from the Koran, while another show focuses on the bağlama (saz), a stringed instrument used in Turkey, Kurdistan and other places in Eastern and Central Asia. Most of the performances take place in the Beit Avi Chai courtyard, unless otherwise specified, so warm attire is recommended. 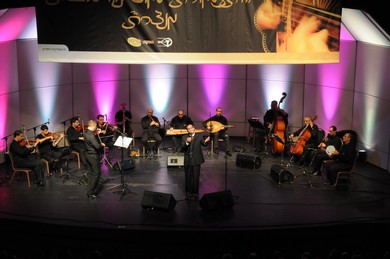 Piyyut Festival (Courtesy)
Address: 44 King George Street, JerusalemPhone: (02) 621-5900Dates: 10.09.12 – 13.09.12Cost: In general NIS50 + (NIS10 discounts for Jerusalem card holders)Chamber Music FestivalThe Fifteenth Jerusalem Chamber Music Festival at the Jerusalem YMCA will feature the very best in classical music. This year the focus is on Russian composers and will include, among other things, works by Glinka, the father of Russian music, and lesser known works by Tchaikovsky, Borodin and Stravinsky. The Festival will also pay tribute to cameri pieces by Schubert and will mark the 150th anniversary of Debussy’s birth. 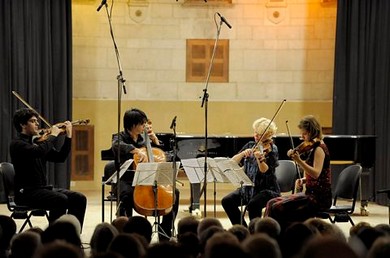 Chamber Music Festival (Courtesy)
Address: 26 King David Street, JerusalemPhone: (02) 626-0444Dates: 31.08.12 – 14.09.12Jazz and Beer in the CapitalThe Jerusalem Music Center brings you rare performances by top Jazz musicians with cold beer on the house. This three-day celebration of good Jazz and beer kicked off Tuesday night with a performance by the cool Shai Maestro trio. On Wednesday, Gadi Blades and Friends will perform and Thursday evening features Omer Klein Trio Horns. There will be free lectures in Hebrew before performances each night at 7:00 p.m. 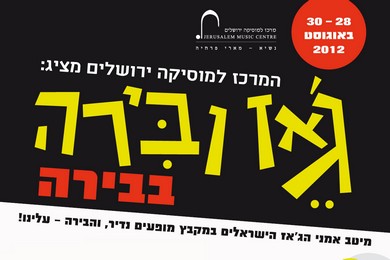