In an interview with CNN's Christiane Amanpour last week, US documentarian Ken Burns said he did not mean to directly equate Trump with Hitler. But he reiterated his concerns. 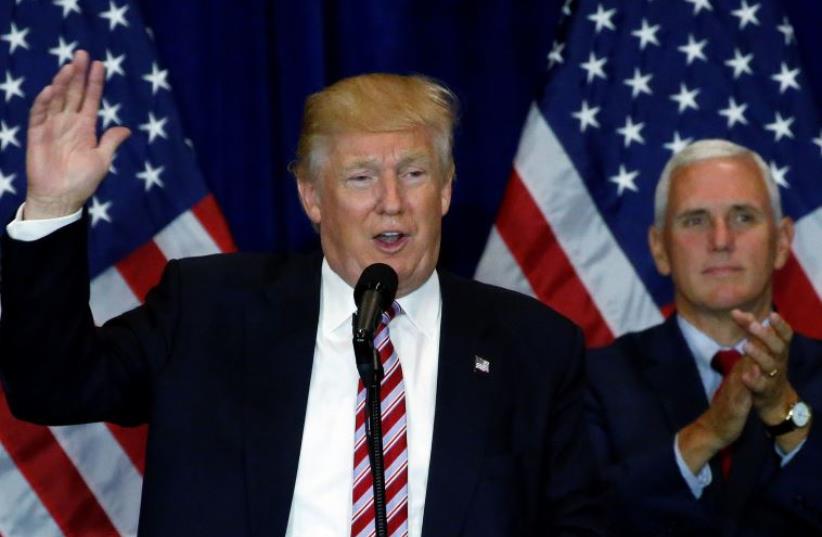 Republican presidential candidate Donald Trump speaks at a post Republican Convention campaign event in Cleveland, Ohio
(photo credit: REUTERS)
Advertisement
PHILADELPHIA – Historians are wary of drawing parallels between World War II and contemporary politics, but at least one – US documentarian Ken Burns – is convinced we are living through exceptional times.The acclaimed storyteller of American history, who has directed public broadcasting hits The Civil War (1990), Baseball (1994) and The West (1996), has compared the ascension of Donald Trump in the Republican Party to the peaceful rise of Adolf Hitler in Germany and of Benito Mussolini in Italy.“As a student of history, I recognize this type. He emerges everywhere and in all eras,” Burns said, keynoting Stanford University’s convocation this spring. “We see nurtured in his campaign an incipient proto-Fascism, a nativist anti-immigrant Know Nothing- ism, a disrespect for the judiciary...jingoistic saber rattling, a total lack of historical awareness, a political paranoia that, predictably, points fingers, always making the other wrong.“These are all virulent strains that have at times infected us in the past. But they now loom in front of us again – all happening at once,” Burns continued. “I implore those Vichy Republicans who have endorsed him to please, please reconsider.”Invoking the war-era Vichy government of France – run by French sympathizers and appeasers of their Nazi German occupiers – has become a popular tactic among Republican establishment figures seeking to maintain the mantle of the GOP as their own.Among these figures is Bill Kristol, founder of The Weekly Standard and a leader of the “Never Trump” movement.“Vichy Republicans,” he said once GOP establishment figures such as House Speaker Paul Ryan began falling in line behind Trump, were “in full appeasement and self-abasement mode.”Their support for the New York real estate tycoon is “foolish and dishonorable at once,” Kristol said, adding: “Vive la resistance!” Reporters, too, are using the term, such as correspondent James Fallows of The Atlantic. After Jon Huntsman – former diplomat, politician and founder of No Labels, an organization discouraging partisan politics – said he would support the Republican nominee, Fallows questioned his endorsement as “a puzzling part of the Vichy GOP lineup.”It has since been applied enough to warrant its own Wikipedia entry, which defines the term as Republicans “who support Donald Trump due to political expediency rather than genuine agreement with his beliefs or campaign.“Vichy Republicans have been described as ‘collaborationists coming to terms with the occupation of their party’ by Fascists,” the entry continues, quoting George Will, a prominent conservative columnist for The Washington Post who no longer considers himself a Republican due to Trump’s success.In an interview with CNN’s Christiane Amanpour last week, Burns said he did not mean to directly equate Trump with Hitler.But he reiterated his concerns.“If you go back and look at Hitler’s rise – and I’m not in any way equating Donald Trump with Adolf Hitler – but he does have a kind of proto-Fascistic aspect to the way he handles things,” Burns said. During Hitler’s rise, he continued, “he would say some outrageous things, and expect to have his sails trimmed. And they never were, and so he’d say it again. He’d double down. He’d triple down.”