Schmitz has called the accusations defamatory, but reports of anti-Semitic tendencies at the top of the Trump team reinforce the narrative. 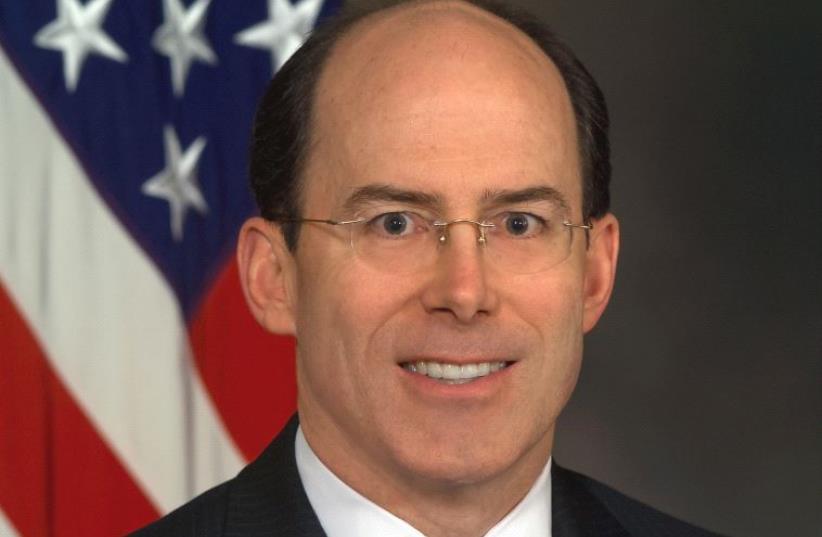 Joseph Schmitz
(photo credit: SCOTT DAVIS / US ARMY)
Advertisement
WASHINGTON – One of five top foreign policy advisers to Republican presidential nominee Donald Trump is fighting allegations that he underplayed the extent of the Holocaust and sought to push Jewish employees out of the Pentagon during his tenure there.Claims of anti-Semitic rhetoric and activity have been leveled against Joseph Schmitz, named to the Trump campaign in March, who when serving as Defense Department inspector general under the George W. Bush administration received formal complaints for counting his success in “firing the Jews” as a tenure achievement.Schmitz also allegedly lectured an employee “on the details of concentration camps and how the ovens were too small to kill six million Jews,” wrote a complainant, Daniel Meyer, who once oversaw whistle-blower cases at the Pentagon. His complaint, originally obtained and published by the McClatchy Company, is before the executive branch’s quasi-judicial agency called the Merit Systems Protection Board.Schmitz has called the accusations defamatory, but reports of anti-Semitic tendencies at the top of the Trump team reinforce a narrative that has dogged the candidate for months: That his campaign has tolerated anti-Semitic and otherwise bigoted rhetoric from an “alternative Right” strain of the Republican Party.McClatchy reports the original allegations leveled against Trump have now been cited in another case, in which an orthodox Jewish employee this week accused the department of fostering an anti-Semitic environment ever since Schmitz’s time there.“The anti-Semitic environment began under a prior inspector general, Mr. Joseph Schmitz,” the complaint letter reads.Schmitz served at the Pentagon through several allegations from Senate Republicans of illegal interference regarding memos on the use of torture during the Bush administration. He resigned in 2005 to work at Blackwater Worldwide, a private military company then employed in Iraq.“Allegations of anti-Semitism are serious and deserve serious investigation and response,” the Anti-Defamation League said in a statement on Thursday night in reaction to the McClatchy report. “Candidates must ensure and convey that their advisers have highest standards of integrity."