When politicians get sick: Is Hillary Clinton's health like Ariel Sharon's?

“Netanyahu can’t get away with taking a two-week vacation. But if the American president doesn’t, his people will be worried.” 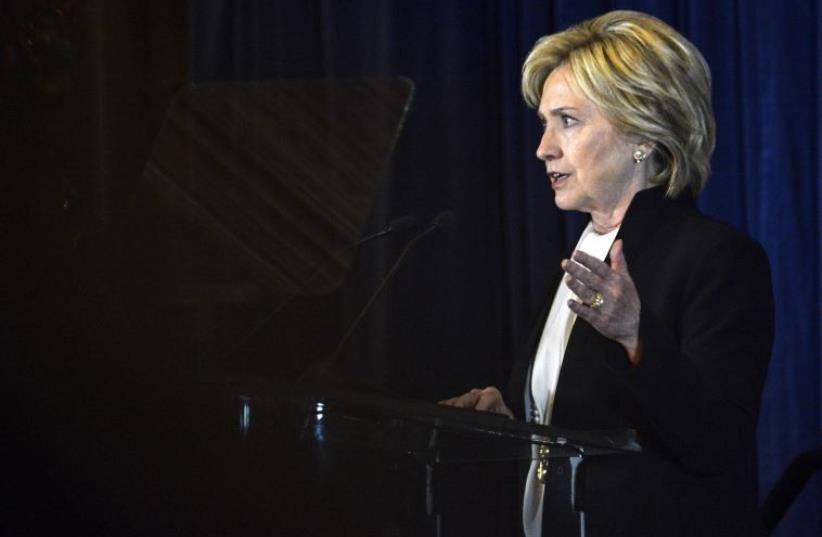 US Democratic presidential candidate and former Secretary of State Hillary Clinton delivers the keynote address at the Brookings Institution Saban Forum at the Willard Hotel in Washington December 6, 2015.
(photo credit: REUTERS)
Advertisement
Reporters received the first sign that then-prime minister Ariel Sharon’s health problems were more serious than previously indicated when his doctors called a press conference following his first stroke in December 2005.At a press conference in a dark room of Jerusalem’s Beit Agron press center, doctors said he would undergo a catheterization procedure under partial or complete sedation.Only diplomatic and political reporters were invited, rather than health reporters, who would have been more likely to comprehend the terminology and ask wellness-related questions. No test data were distributed in writing, no visual material was provided and cameras and tape recorders were barred.After the complicated procedure was explained, a reporter innocently asked, “So you’re going to fix a hole Sharon has in his heart?” The doctors answered affirmatively, but the reporters still left the room confused and thinking there must be plenty they were not being told. Two weeks later, on the eve of that procedure, Sharon had another stroke that led to a coma and ultimately his death.The reporters who have been following around Democratic presidential candidate Hillary Clinton must have felt the same way Sunday when they were penned by barricades at the September 11 memorial ceremony at Ground Zero and unaware that Clinton was being whisked away by her motorcade to what was then an unknown location after she appeared to have fainted.That kind of dishonesty with reporters and the people they are meant to inform tends to backfire for politicians, especially in an era when it is more difficult than ever to hide anything.In Israel, what happened with Sharon and decades earlier with prime minister Levi Eshkol has resulted in a requirement for the prime minister to regularly release personal medical information to the public. In the US, Franklin Delano Roosevelt was reelected to his last term when he was much sicker than the public was told.Now more than ever, Americans will not tolerate being left in the dark by a candidate for the most important job in the world.Former ambassador to the US Michael Oren, who is now a deputy minister in the Prime Minister’s Office, said physical appearance matters more in the US than it does in Israel.“They would never elect an Ariel Sharon, a Menachem Begin, and even Ehud Barak was too short,” he said.“Americans are also very interested in their leaders’ ability to handle pressure.”Oren explained the contrast between Israel and the US on their leaders vacationing.“American presidents must take two-week vacations and play golf,” he said. “Netanyahu can’t get away with taking a two-week vacation. But if the American president doesn’t, his people will be worried.”So the people of Israel want their leaders to keep working, which cannot be too good for their physical health. They want them to speak about their opponents, which could be harmful to their political health.Clinton received that reminder when she received a backlash for telling Channel 2’s Yonit Levi that half of her opponent Donald Trump’s supporters were “deplorables.” That stumbling could end up proving to be even more harmful to Clinton than her physical stumbling Sunday at Ground Zero.