In an email leaked Friday by Wikileaks Brad Marshall, the DNC’s chief financial officer suggested that the party should “get someone to ask” about “his” religious beliefs, The Intercept reported. 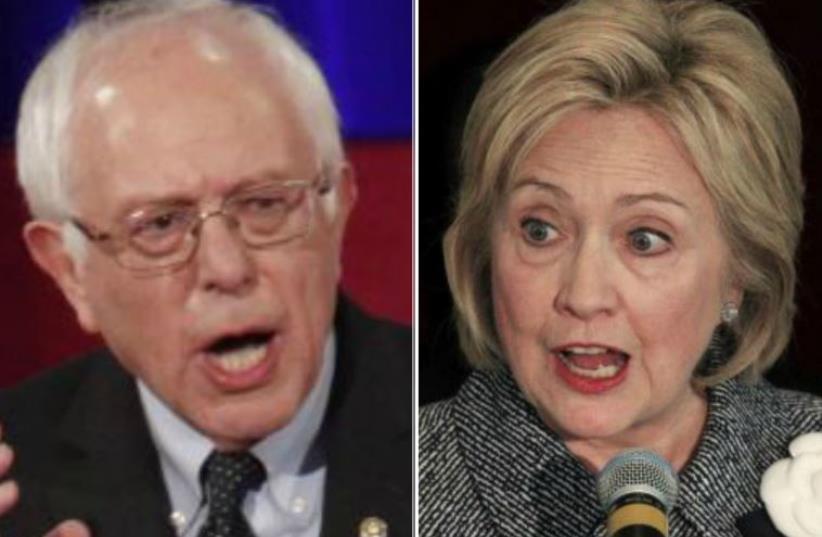 Bernie Sanders versus Hillary Clinton
(photo credit: REUTERS)
Advertisement
A top Democratic National Committee official reportedly suggested in May that “someone” should draw attention to Bernie Sanders’ atheist beliefs.In an email leaked Friday by Wikileaks Brad Marshall, the DNC’s chief financial officer suggested that the party should “get someone to ask” about “his” religious beliefs, The Intercept reported.“It might [make] no difference, but for KY and WVA can we get someone to ask his belief,” the message says, presumably referring to Kentucky and West Virginia. “Does he believe in a God. He had skated on saying he has a Jewish heritage. I think I read he is an atheist. This could make several points difference with my peeps. My Southern Baptist peeps would draw a big difference between a Jew and an atheist.”The email does not mention Sanders, who was running against Hillary Clinton for the Democratic presidential nomination, by name. However, he was the only Jewish candidate from either major party at the time and has repeatedly skirted questions about whether or not he believes in God.Responding to a request for comment, Marshall said in an email to The Intercept, “I do not recall this. I can say it would not have been Sanders. It would probably be about a surrogate.”The email was sent to DNC Communications Director Luis Miranda and Deputy Communications Director Mark Paustenbach.It is not clear why a DNC staffer would be seeking to draw attention to a Democratic candidate’s quality that voters might find off-putting, particularly since the group is supposed to remain neutral until a candidate has been nominated.Sanders, the first Jewish candidate to win a major-party presidential primary, officially dropped out of the race and endorsed Clinton earlier this month.