"For 75 years Jews have emphasized the uniqueness of the Nazi savagery, racism and genocide that mass murdered a third of our people and led to tens of millions dead during World War II." 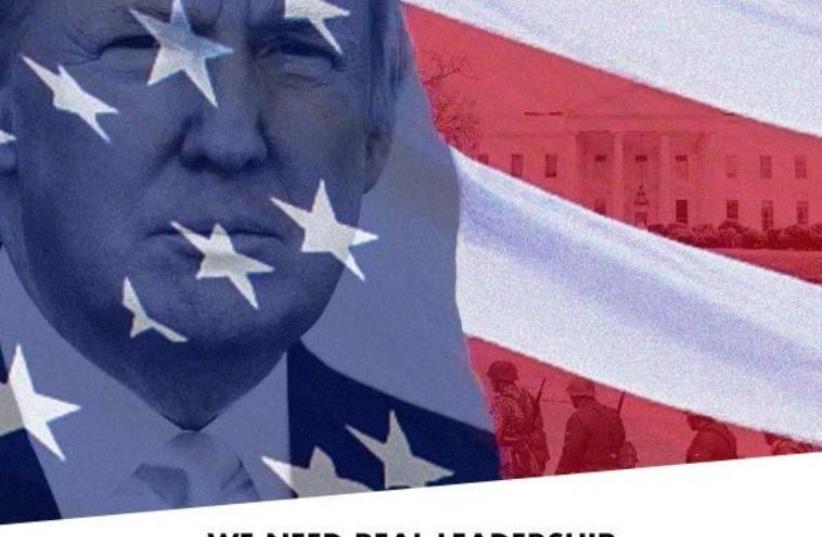 Donald Trump campaign deletes tweet after using Nazi imagery
(photo credit: DONALD TRUMP'S TWITTER PAGE)
Advertisement
The Simon Wiesenthal Center (SWC) denounced on Tuesday an ad released by the Jewish Democratic Council of America (JDCA) comparing US President Donald Trump and his administration to the rise of fascism in 1930s Germany.
“Comparing the President of the United States to Hitler and Goebbels is beneath contempt," Rabbi Abraham Cooper, Simon Wiesenthal Center associate dean and Global Social Action Director, said in a statement.
The denunciation of the ad by the SWC came shortly before the first presidential debate between Trump and his Democratic challenger former vice president Joe Biden on Tuesday.
Cooper emphasized that he isn't against criticizing the political candidates ahead of the November general election, but drew a clear redline against invoking Nazi imagery to so.
"Both Donald Trump and Joe Biden are fair game for loud and sustained criticism on their policies, language and style," he said. "But the invoking of Nazi imagery not only slanders the victims of the Nazis [and] the candidate, but [also] the tens of millions of Americans who support him," he said.
The JDCA ad featured parallel images of antisemitic hate and nationalism in Nazi Germany and the Trump administration, suggesting that American Jews have much to fear from a second term. Some of the images include antisemitic graffiti from 1930s Germany along with images of antisemitic graffiti on a modern American synagogue and Jewish cemetery. The narration also reads: “History shows us what happens when leaders use hatred and nationalism to divide their people."

The 30-second ad was meant to target American Jews living in vital swing states such as Florida, Michigan and Pennsylvania, with the council noting that the goal is to ensure Jewish voters see the ad multiple times before election day.
While the JDCA announced that it will be hosting a briefing with a Holocaust historian in order to examine how the US must look back to Nazi Germany to learn that “hate does not stop itself – it must be stopped,” the Simon Wiesenthal Center views such comparisons as unacceptable and harmful to the Jewish narrative.
"For 75 years Jews have emphasized the uniqueness of the Nazi savagery, racism and genocide that mass murdered a third of our people and led to tens of millions dead during WWII," Cooper stressed. According to a statement released by the SWC, the organization has demanded that JDCA pull its ad immediately.
As the two central Jewish organizations position themselves differently around this issue, adopting different strategies for encouraging their Jewish members to go out and vote according to their political views, it will be interesting to see how it all plays out in November.
The Simon Wiesenthal Center is one of the largest international Jewish human rights organizations with over 400,000 member families in the United States.  Cody Levine contributed to this article.