"Hitler, thank you so much for stopping by tonight, and might I add, you're the worst," is how Conan O'brien welcomed the Fuhrer to his show. 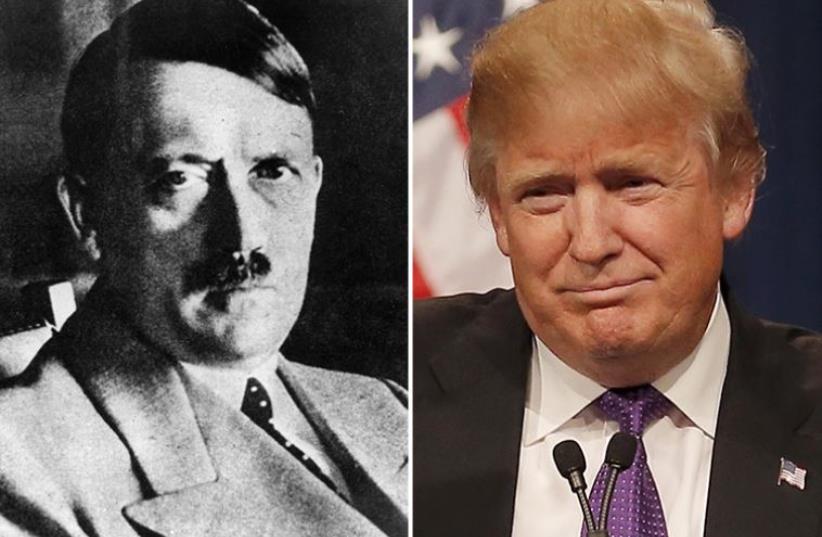 Adolf Hitler, Donald Trump
(photo credit: REUTERS)
Advertisement
After Mexican President Enrique Pena Nieto, comedian Louis C.K. and others have likened presidential candidate Donald Trump to Adolf Hitler, Hitler himself appeared on Conan O'brien's late night talk show to once and for all clarify his position. Sarah Silverman, as Hitler, explained the Fuhrer's point of view. "Hitler, thank you so much for stopping by tonight, and might I add, you're the worst," Conan said to Silverman, who was in a complete Hitler costume.  "Don't get me wrong Conan I agree with a lot of what he [Trump] says, a lot, like 90 percent of what he says, I'm like, this guy gets it. But it's just like, I don't like the way he says it, it's crass," Hitler said.    "Anyway, all these comparisons to Trump, it's like, it bums me out, you know what I mean? Sometimes I watch him and I'm like, is that how people see me," he added"And I have to be honest, Trump, he's starting to make me rethink some of the things that I've done." After saying this, the comedian paused, then exclaimed with gusto: "Ah who am I kidding? I've got to be me, right?"