In the lead up to the anti-settlement resolution which angered Jerusalem, Trump’s team had urged the US to veto the resolution. 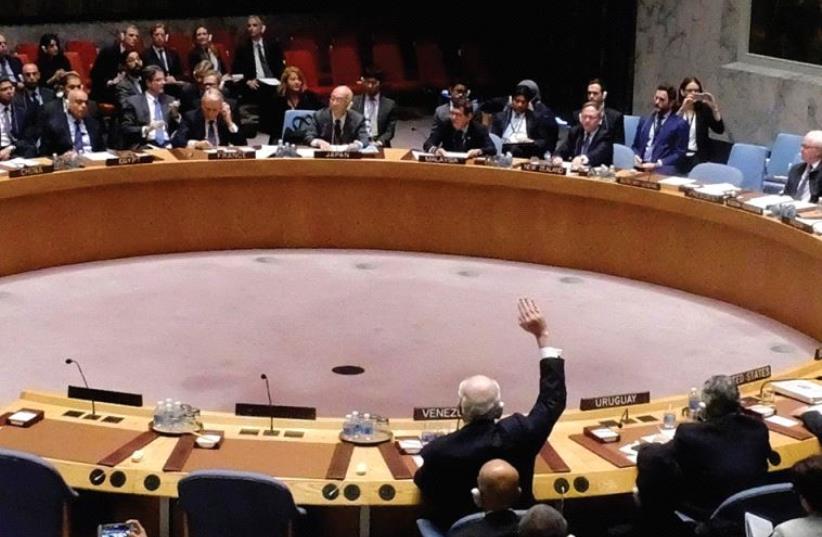 The resolution being considered at the United Nations Security Council regarding Israel should be vetoed....cont: https://t.co/s8rXKKZNF1

In the lead up to the anti-settlement resolution which angered Jerusalem, Trump’s team had urged the US to veto the resolution. On December 22nd Trump tweeted “the resolution being considered in the UN Security Council regarding Israel should be vetoed.” Egypt postponed the vote on December 22nd. However it passed on December 23rd with 14 in favor and the US abstaining. According to an article at Foreign Policy in February 2017 Michael Flynn played a key role attempting to scupper the UN vote. “Flynn…and other members of the president’s transition team launched a vigorous diplomatic bid to heed off a UN Security Council vote condemning Israel’s settlements.” They reached out to the UK, Egypt, Russia, Uruguay and Malaysia according to the report.According to reports, a “very senior member” of Trump’s team was responsible for asking Flynn to reach out to the Russians and other Security Council members regarding the settlements vote. A CNN report noted that, according to “sources familiar with the matter,” Kushner may be that senior member of the team.On November 22, The Wall Street Journal reported that Mueller’s team had mentioned Kushner in relation to his role in attempting to block the UN resolution. The Flynn plea now appears to explain Mueller’s focus on Kushner and the resolution.We now know that attempts to influence Russia as part of that campaign to derail the vote were apparently at the heart of some of the FBI conversations with Flynn days after Trump’s inauguration.We also know that Vitaly Churkin, Russian Ambassador to the UN, said on Friday, December 23, before the vote that he was “puzzled by the process around the resolution and by the haste with which it had been ‘pushed’ to the vote.” Churkin had been in favor of postponing the vote, which dovetails with the revelations in the guilty plea about Flynn’s alleged misleading statements. Churkin died of a heart attack on February 20, 2017, six days after Flynn resigned.US Senator Dianne Feinstein condemned Flynn in a statement on Friday.“Flynn’s guilty plea is about more than just lying to the FBI.What he lied about and when he did it are of even greater significance. This shows a Trump associate negotiating with the Russians against US policy and interests before Donald Trump took office.”Reuters contributed to this report.