Speaking in Gaza, Haniyeh called on all Palestinian factions, and all Muslim states to unite against the "US declaration of war."

Hamas Chief Ismail Haniyeh gestures as he delivers a speech over U.S. President Donald Trump's decision to recognize Jerusalem as the capital of Israel, in Gaza City December 7, 2017
(photo credit: MOHAMMED SALEM/REUTERS)
Advertisement
Hamas politburo chief Ismail Haniyeh called for an uprising in the West Bank and Jerusalem in response to US President Donald Trump’s changes to American policy on Jerusalem.“Tomorrow, December 8, 2017, should be a day of rage and the beginning of a major effort to rise up, which I will name the ‘Intifada of Jerusalem and the West Bank’s Freedom,’” he said Thursday in a televised speech. “[Just] as we liberated Gaza, we [will be] able... to free Jerusalem and the West Bank by the way of this popular struggle.”
Protests erupt after Trump announces Jerusalem as the capital of Israel, December 7, 2017
On Wednesday, Trump recognized Jerusalem as Israel’s capital and initiated a process to relocate the US Embassy to Jerusalem from Tel Aviv.Haniyeh also said Palestinians should be “empowered to operate” in the West Bank to respond to Trump’s decisions. 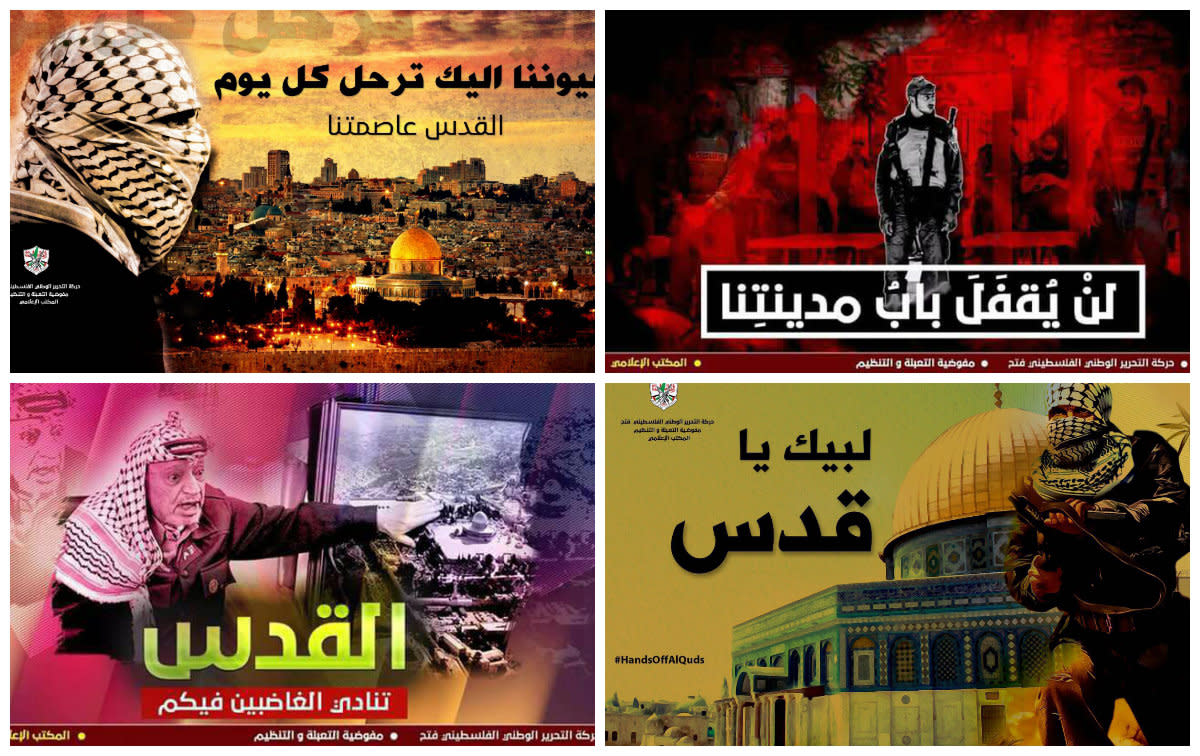 Posters on Arab social media calling for a Palestinian day of rage
Since Hamas forcibly ousted the Fatah-dominated Palestinian Authority from Gaza in 2007, the PA security forces have cracked down on Hamas and other groups’ military infrastructure in the West Bank and undermined their sources of funding.Meanwhile, the IDF has also targeted terrorist groups’ activities in the West Bank and arrested Hamas members allegedly planning attacks against Israelis.In his speech, Haniyeh added that the Palestinian people needs to overcome its differences and unite for the sake of Jerusalem.“We are a people in one boat. The time has come for us to be strong in this boat, hold onto each other, push each other forward, unite and stand together,” he said. “We need to quickly overcome all the issues and details in order to turn our attention to Jerusalem and Al-Aksa [Mosque].”In mid-October, Fatah, led by PA President Mahmoud Abbas, and Hamas signed a deal to advance reconciliation efforts and restore the PA’s governing authority in the Gaza Strip, but have since struggled to implement the agreement.PA Prime Minister Rami Hamdallah and other Fatah delegates arrived in Gaza on Thursday to meet Hamas officials.“This historic stage requires that we all unite and speed up the steps of uniting the homeland,” he said.Haniyeh also urged Arab states to announce a boycott of the Trump administration.