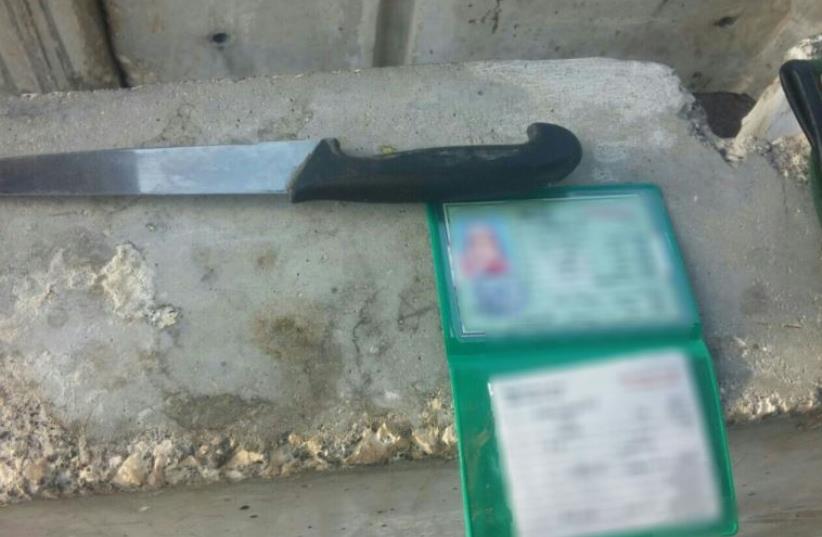 Knife found at scene of thwarted stabbing attack, March 7, 2016.
(photo credit: ISRAEL POLICE)
A Palestinian man attempted to stab a security officer at the Shuafat Crossing in eastern Jerusalem, Friday afternoon, a Police Spokesman stated. According to initial reports the terrorist arrived at the crossing with a knife in a plan to stab security forces. The terrorist was neutralized and the area closed off. Reports show that the Palestinian attacker was killed in the incident. No injuries have been reported.